The police dog Yesenia has long been a real star. The tailed heroine has more than once searched for lost children, and sometimes for parents as well. Once she even apprehended a rapist. And on March 21 Yesenia did a heroic deed again. With the help of her keen sense of smell and skill, the dog brought home an 11-year-old girl. 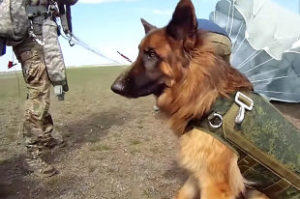 On the evening of that day, a concerned father contacted the police. The man reported that his daughter left home in the morning and did not return. All patrol units of the district police were involved in the search for the teenager. That’s where Yesenia came to the rescue. The experienced sheepdog needed only one sneaker to find the child.

The dog was given the girl’s sneaker for a scent sample. The dog walked a few kilometers from the playground in the direction of the subway station. The correctness of the route was also checked with CCTV cameras. Yesenia walked from the subway station to the embankment, then she led the police to the yard of a house along the street.

The girl was sitting in the front door of the house. It turned out that the child had had an argument with her parents and had been walking around the neighborhood all day. Fortunately, nothing bad happened to the girl. She was returned to her parents, from whom Yesenia received a thank-you note.