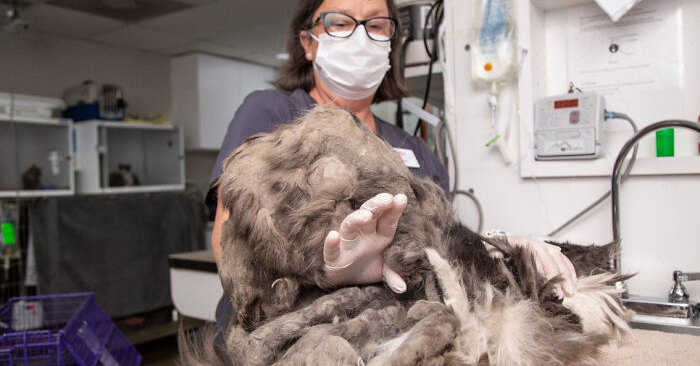 Looking at this pile of matted wool, it was difficult to understand what kind of animal was hiding under it. What a torment it was to live with such a load!

The emergency veterinary service of the Arizona Humane Society received a call that an animal whose owner died was in desperate need of help. 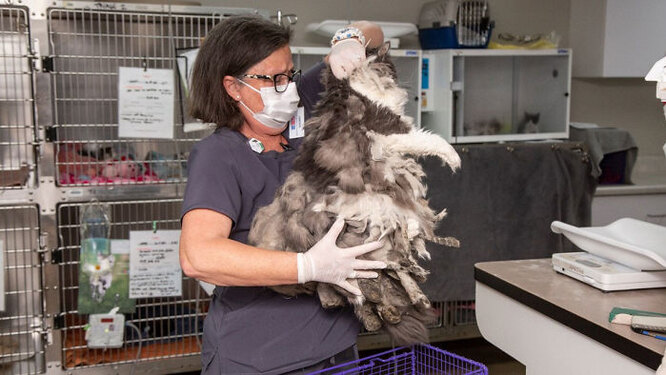 A few hours later, an unknown animal was brought to the shelter, hidden behind kilograms of dirty matted wool. From the faint meowing, it became clear: it’s a cat!The poor guy looked so terrible that the medical staff didn’t even know where to start. According to doctors, it was one of the most neglected cases they had to deal with. But there were a lot of them in the practice of AHS – the organization’s employees rescue sick, injured and abused animals every day, and then look for a new home for them. 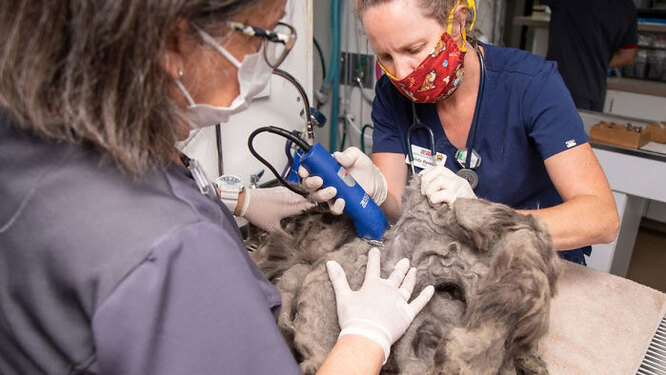 Fluffer – that was the name of the unfortunate animal – behaved surprisingly calmly, so it was decided to shave her without injections of sleeping pills. She endured the inconvenience and pain with fortitude. And this is rare. After all, cats usually get nervous even from a regular haircut. 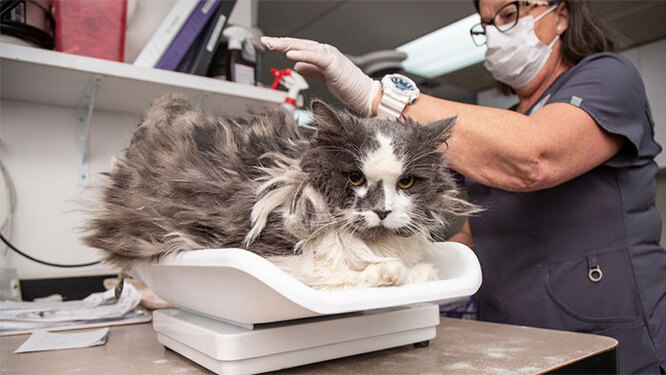 The unpleasant procedure lasted about an hour. And finally, the 4-year-old cat was free from the load she had been carrying for many years. Under a pile of matted wool was a cute and calm creature. Fluffer behaved very affectionately, thanking people for their help. 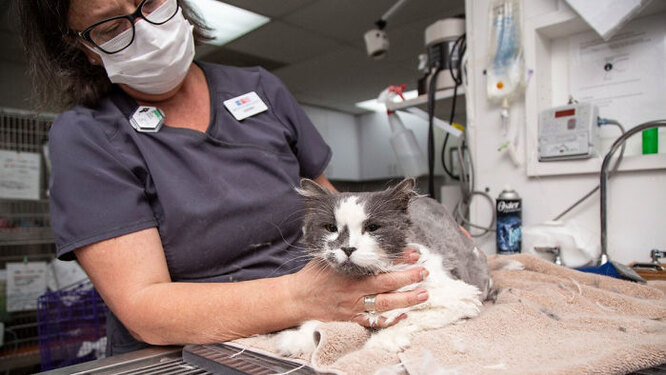 The staff of the shelter barely had time to post her photo on their page on social networks, as applications from those wishing to take the cat to their home immediately began to arrive. 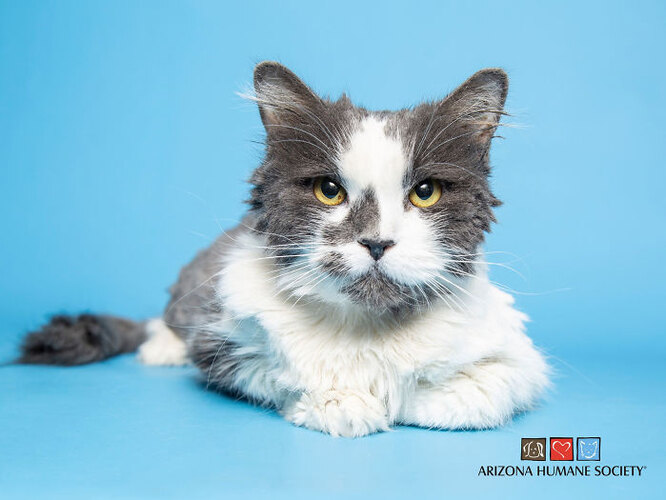 Within two days, all the formalities were settled, and the animal went to its new owners. The cat feels great and is ready for an active and happy life – which she has been deprived of for many years.
671 views
Like this post? Please share to your friends: