Tatiana found a weak and emaciated puppy with a bandaged paw. When the girl tried to correct the bandage, she noticed a catheter underneath. It became clear that the dog had been treated. But then how did it end up on the street, struggling to keep its paws in place? 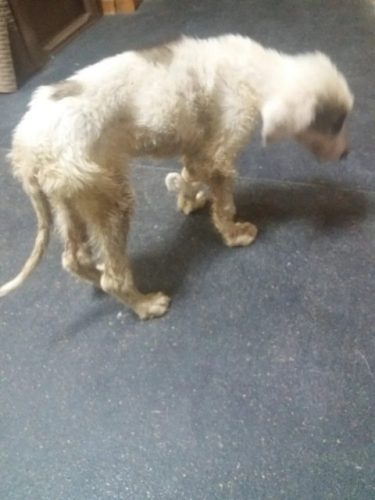 Tatiana contacted animal welfare workers, and they tried to find the animal’s handler. A picture of the sick dog was sent out to all the volunteers, but no one recognized the animal. The search for previous owners was also unsuccessful. Perhaps the dog had run away from its former owners. Except that every step was difficult for her. And no one could understand what had brought the animal to the streets. 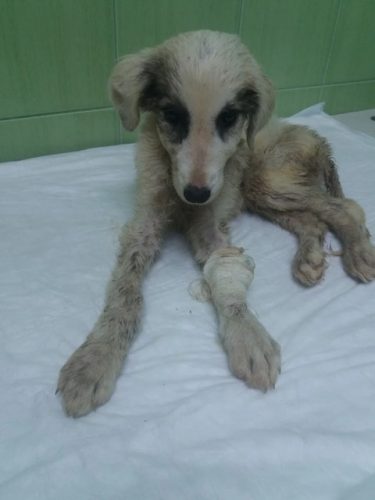 They found a guardian for the dog, who took her to the vet every day for IVs. The doctors literally saved the little girl from death. When the doctors confirmed that the dog was healthy enough not to spend several hours a day under IVs, she was sent to a holding facility. 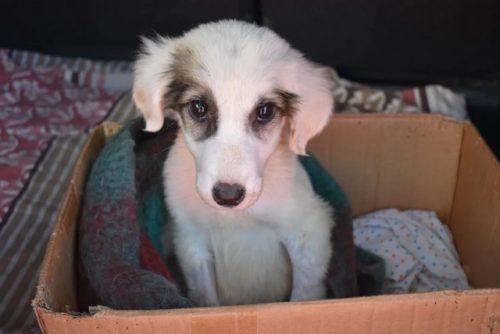 The dog was named Panda because of the funny dark spots around its eyes. And in the new place she had to live with other animals. And when two big dogs started to greet her when she arrived, Panda was very confused. 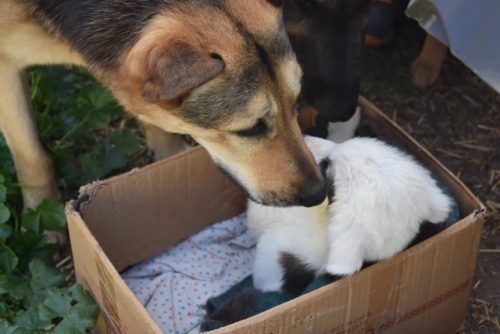 The treatment was over, but the owners of the shelter were embarrassed by Panda’s poor appetite. The dog ate with pleasure, but not much. Therefore, she did not gain weight. The animal did not have enough strength to even stand on its feet. So she constantly tried to sit or lie down. 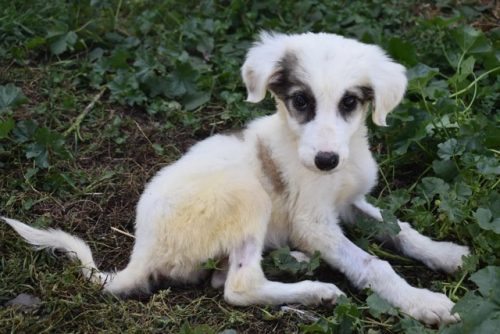 Another examination revealed that Panda was suffering from bouts of acute gastritis. The dog had to undergo another course of treatment. The pills are having an effect. The little one has gained an appetite. And the portions she eats have become much larger. Little by little the strength and energy are returning to the dog. She began to run around the yard with the other dogs at the shelter. 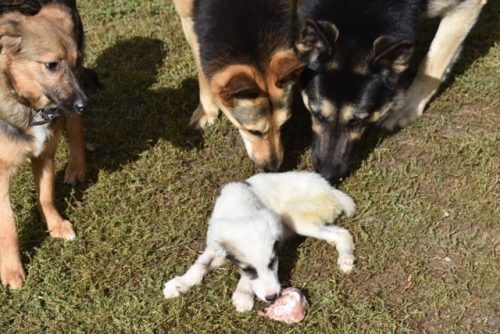 The dog will go through a long rehabilitation period, and then they will look for a new family for her.