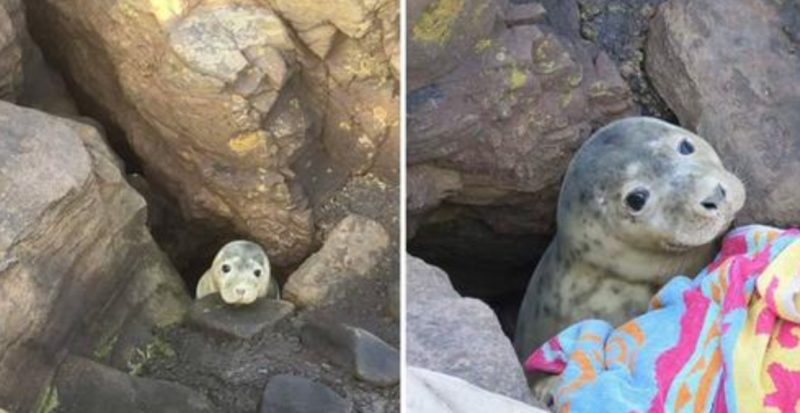 Last week, while walking along the beach on St. Mary’s Island in Whitley Bay, North Tyneside, England, the guys noticed an adorable baby seal peeking out of a hole. At first they thought it was fine. Perhaps it was resting on the rocks.

But it soon became clear that it was stuck between the rocks and could not get out.

They immediately reported to the St. Mary’s Seal Protection Service.Volunteers from the wildlife organization went to rescue it. When the volunteers arrived at the scene, they assumed that the seal had fallen into a trap while trying to cross the rocks. 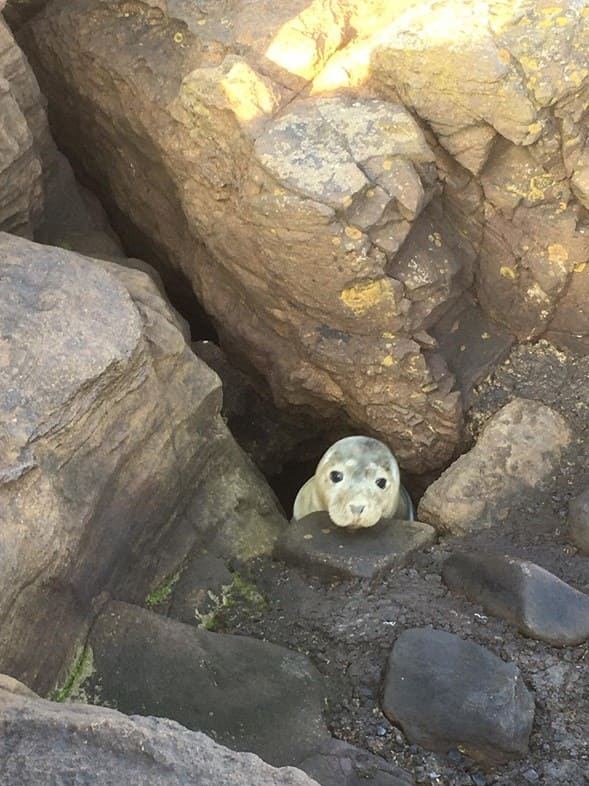 “Usually, when it seems that the seals are stuck, they manage to get out of it. But this poor creature was really trapped,” wrote “St. Mary’s Seal Watching” on Facebook.

The little seal waited patiently and watched as rescuers and volunteers worked together to help it. Having experience in such situations, they finally managed to pull the seal out of the pit and deliver it to a safe place. 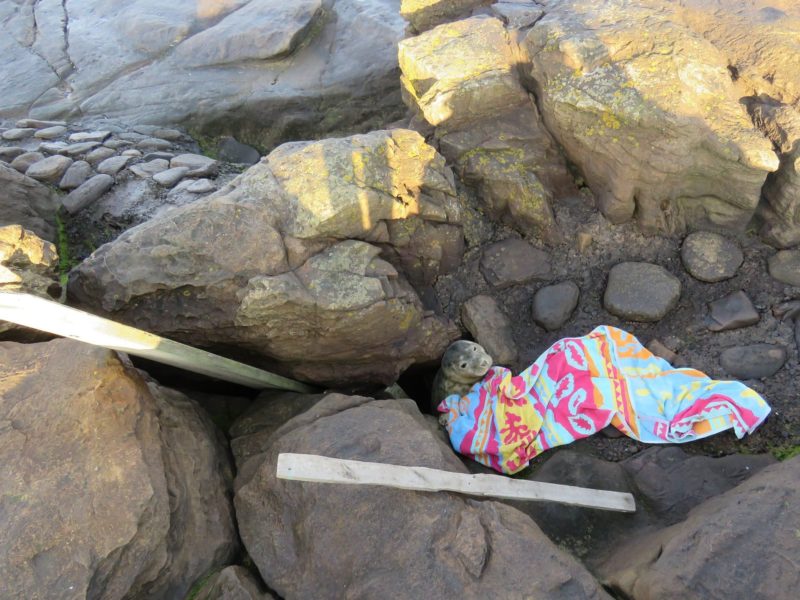 They wrapped its face in a towel so it couldn’t bite them.

Fortunately, the seal was not injured after the accident. However, rescuers quickly examined it to make sure that the seal did not suffer serious injuries. When all was well, they released it back into the sea.