Thanks to a stray cat, which kept the small child warm and called for help, the boy survived. The animal’s maternal instincts were stronger than some people’s. 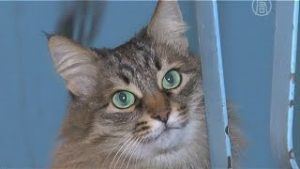 Masha, a homeless cat who had lived on the streets all her life, was known by everyone in the yard. Kind-hearted people always fed the animal. And sometimes they even let her sleep in the house when it was too cold. This kind creature proved that it was capable of love, and could safely be called a loving mother.

One day 68-year-old Irina, who knew Masha well, heard strange noises from the basement. When the woman listened, she heard a cat meowing. Usually the animal only purred when it was stroked or fed. But here, it sounded like it was calling for help. 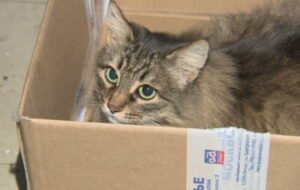 When the pensioner went down to the basement, she was horrified by what she saw. A stray cat. On the cold floor there was a cardboard box with Masha and a small abandoned baby in it. The stray cat was warming the infant with its warmth so that it would survive. The baby was left in the basement. Irina immediately called an ambulance, and soon the baby was taken away by medics. 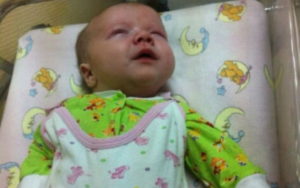 As the boy was being taken away, the cat ran after the car and meowed.

“She was so worried about where we were taking the baby! She was running after us and meowing. A very intelligent animal,” says the ambulance driver. 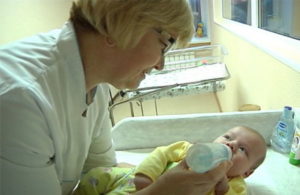 According to the tenants of the house where the baby was found, the cat had been sitting in one place for hours. It was as if she was looking to get her baby back. The cat had awakened a real maternal instinct. Apparently, stronger than the baby’s birth mother. Thanks to Masha, the baby is no longer in danger.