Employees of a car dealership noticed that a stray dog was constantly hanging around the entrance. It was very cold outside. The animal probably just wanted to get warm. The employees didn’t kick the poor dog out.

She was given food and allowed indoors to warm up. The dog was kind and affectionate, there was no aggression or anger in her. She really liked people’s attention. It was obvious that the crumb used to live in a home environment. 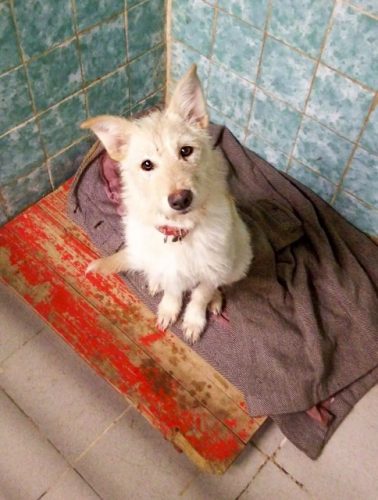 The employees of the salon placed ads on websites and social networks hoping to find the dog’s owners, but there was no feedback. The little girl continued to live near the door of the car dealership. It was clear that this dog would die in harsh street conditions. She was not ready for the rigors of backyard life. 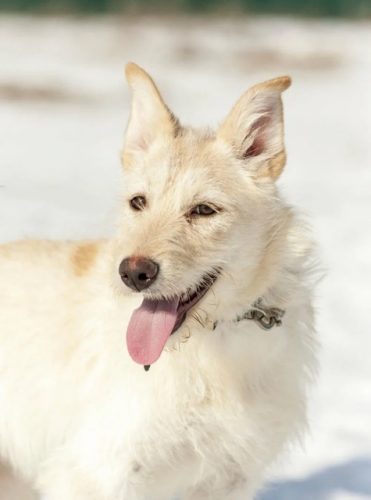 So, the car dealership workers called the shelter and told them about the dog. The shelter staff said they would take the homeless baby.

At the shelter, the dog was given the nickname Masya. Masya was about five months old. She was essentially still a puppy, but very smart and savvy. The dog was easy to train and did not have any problems. The shelter staff was involved in her training and social adaptation. 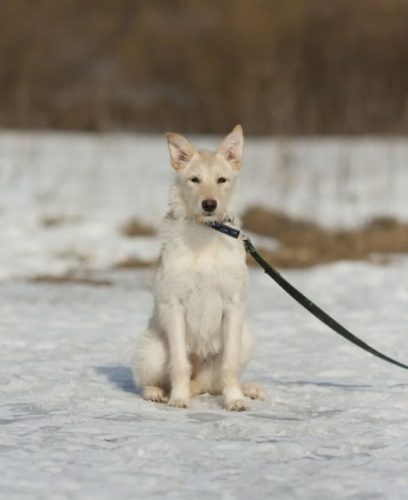 It didn’t take long before Masha was unspeakably lucky. A family saw her photos on social media. Soon these people came to meet the little girl. They really liked the dog. She was not only cute, but also an incredibly intelligent animal. Soon Masya went to her new home. 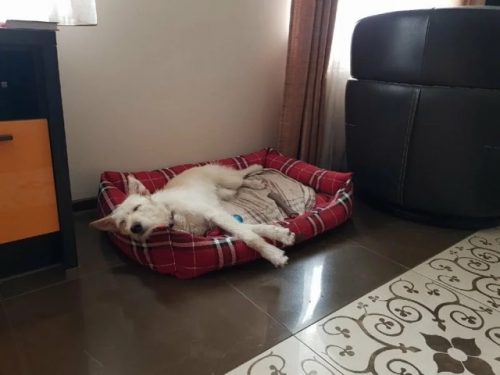 A couple of weeks later, Masya’s new owners called the shelter to tell them how her former ward was doing. Masya was diagnosed with an otitis infection. So she had to undergo treatment. 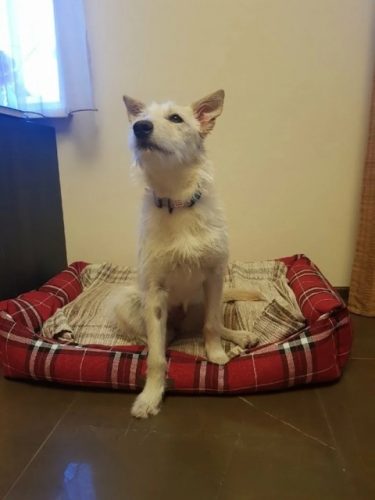 Otherwise, everything was fine. Masya is an intelligent, kind and sociable dog. She immediately found a common language with children. Masya is madly fond of cuddles. The owners bought her a cot where the animal now sleeps. 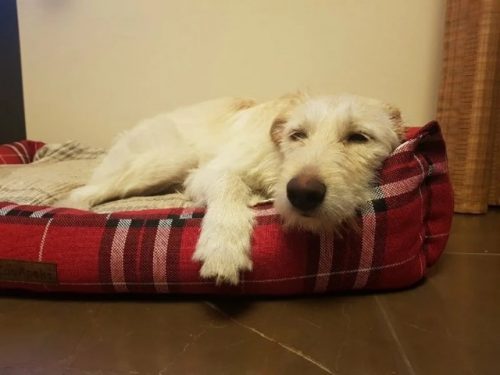 Everything worked out well in this story. It is unclear how such a dog could end up on the street. Fortunately, now Masya is doing well.