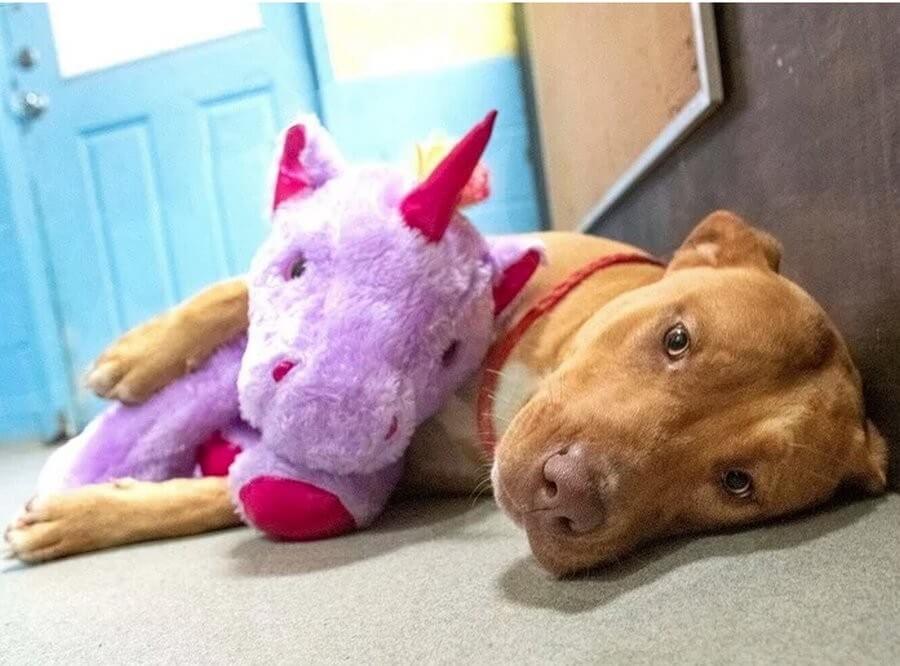 Employees of the Dollar General store in Kenansville (North Carolina) had to call animal control. They complained about a stray dog who persistently tried to steal a stuffed toy from the store over and over again. The arriving service employee took the dog to the shelter, but bought him the coveted purple unicorn.

The shelter suggested that Yellow, as the dog was called, used to live in a house with the same unicorn and really missed his favorite toy.

The one-year-old dog turned out to be calm and accommodating with people, but rather cheeky with other dogs.

On the very first day, a Facebook post about a foundling with a toy went viral. After more than 10,000 likes were collected under him, he was given a photo shoot with such a native unicorn. And the very next day, new owners were found. Naturally, Yellow will move to a new house in the company of his plush “friend”.