The most adorable dog ever, named Hercules, lived in a garbage dump. He was known as the dog that would greet anyone who was throwing away their trash by jumping up on their car. It was as if he was asking to go home with them.

Unfortunately, no one would ever take him up on his offer. It could be because he was so filthy from all the trash he was living in. 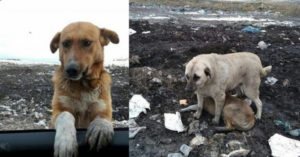 Amanda Cunefare, a volunteer for Rescuers Without Borders (RWB), an organization that rescues dogs said
“He’d jumped up on the windows of the car, and he clung to every person.”

Sadly, over 800 dogs lived at this particular dump in heartbreaking conditions. The dogs were always cold and scavenging for food.

“It is cold, there is no clean water and food is scarce,” Cunefare explained. “You have to fight with 800 dogs for food, and bury yourself in piles of garbage to stay warm. It’s a horrible, horrible place to have to survive for years.” 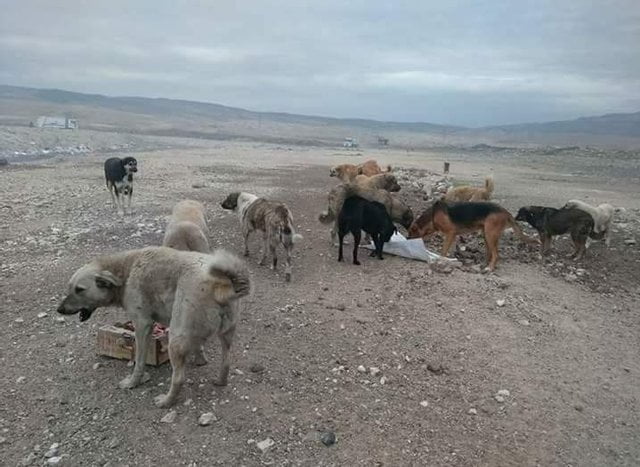 A young woman began feeding the stray dogs at the landfill and making sure they got the medical attention that they needed. That’s when RWB joined the woman and helped over 47 dogs find new home while providing food and medical care for the others.

RWB has focused on rehoming the senior dogs and puppies first as they have the hardest time surviving. 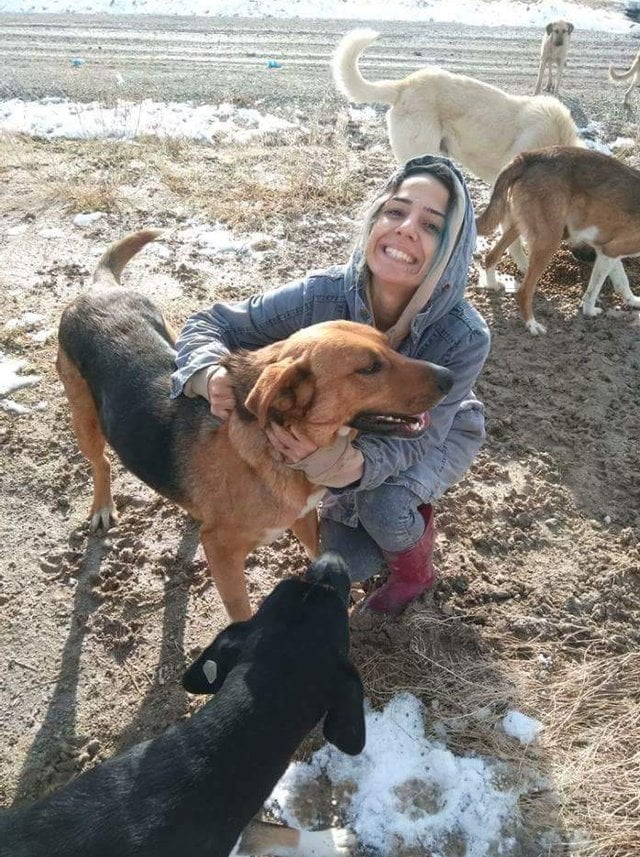 Hercules was unlike all the other dogs. “This dog wanted out so badly,” Cunefare said. “You could see it in his eyes.” 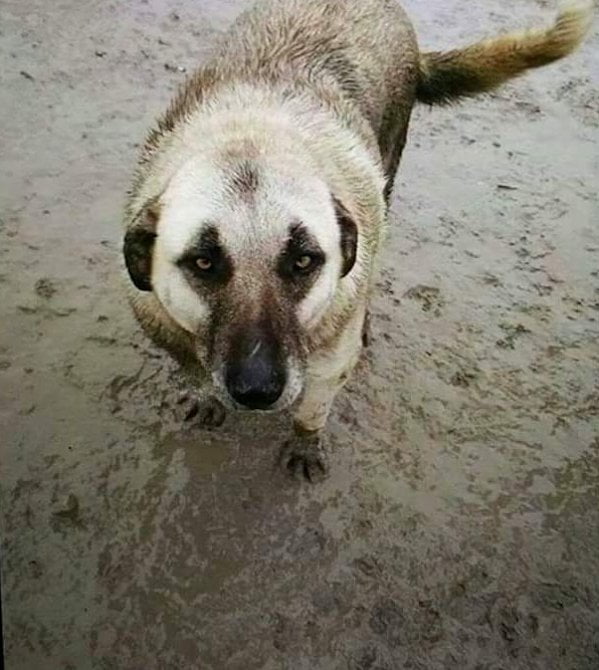 It turns out that Hercules and Dudas were actually best friends at the landfill and Dudas had become a sort of surrogate mother to Hercules. 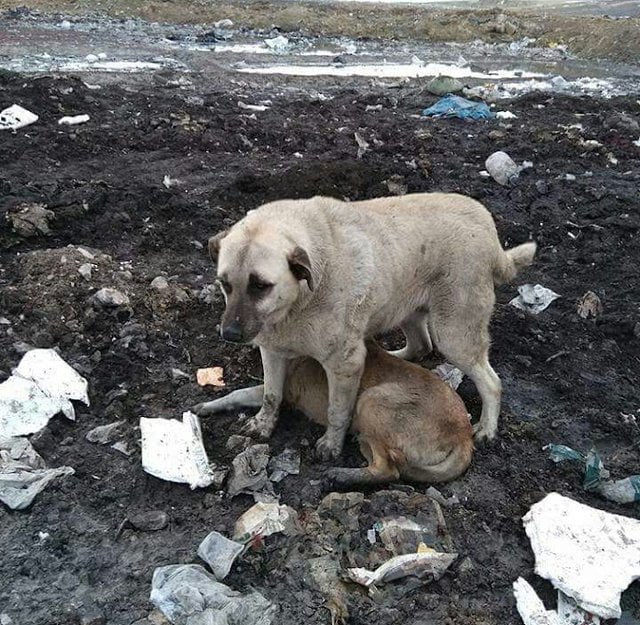 “My heart broke,” Cunefare said. “I said, ‘That’s horrible. If I’d have known that, they both could have come.’ I can only imagine how awful it was [for him] to watch her leave. So I said, ‘Absolutely send him over.’” 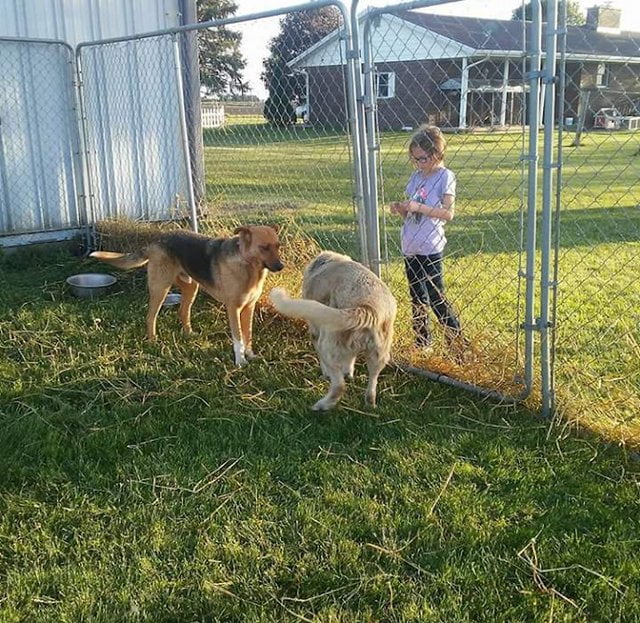 With Cunefare’s approval, Hercules was transported to the U.S. to live with Cunefare and Dudas on the 2-acre property. Hercules and Dudas’ reunion was pure magic. “They immediately recognized each other,” Cunefare said. “They ran around and they played.”