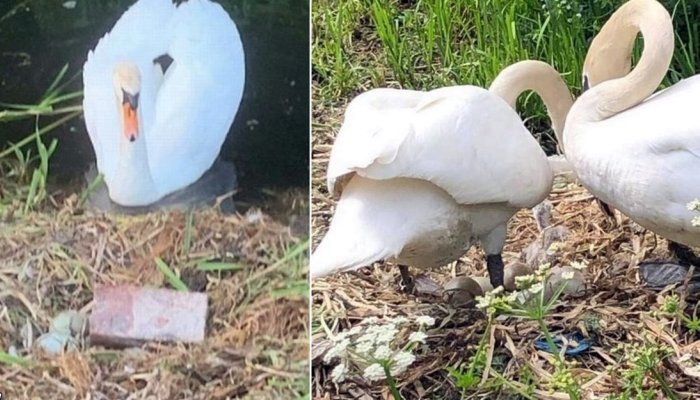 A swan mother in the UK has died after teenage vandals broke eggs in her nest with a brick.

The incident occurred in Manchester. Passers-by saw a group of teenagers throwing bricks from a bridge into the nest. The swan wasn’t there at the time. But when the bird flew in and saw what had happened, according to eyewitnesses, “her heart was broken.” 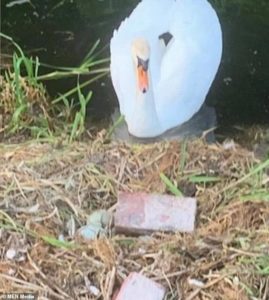 The male swan was expelled and has not yet returned. Later, activists found the mother swan dead near the nest. In their opinion, the bird died of a heart attack. Of the six eggs, only three were broken, two more were damaged, and one was intact. The swan could not stand it and died.

According to animal rights activists, when such a serious stressful situation occurs in the life of swans, they die. They also prefer to die if their partner dies.