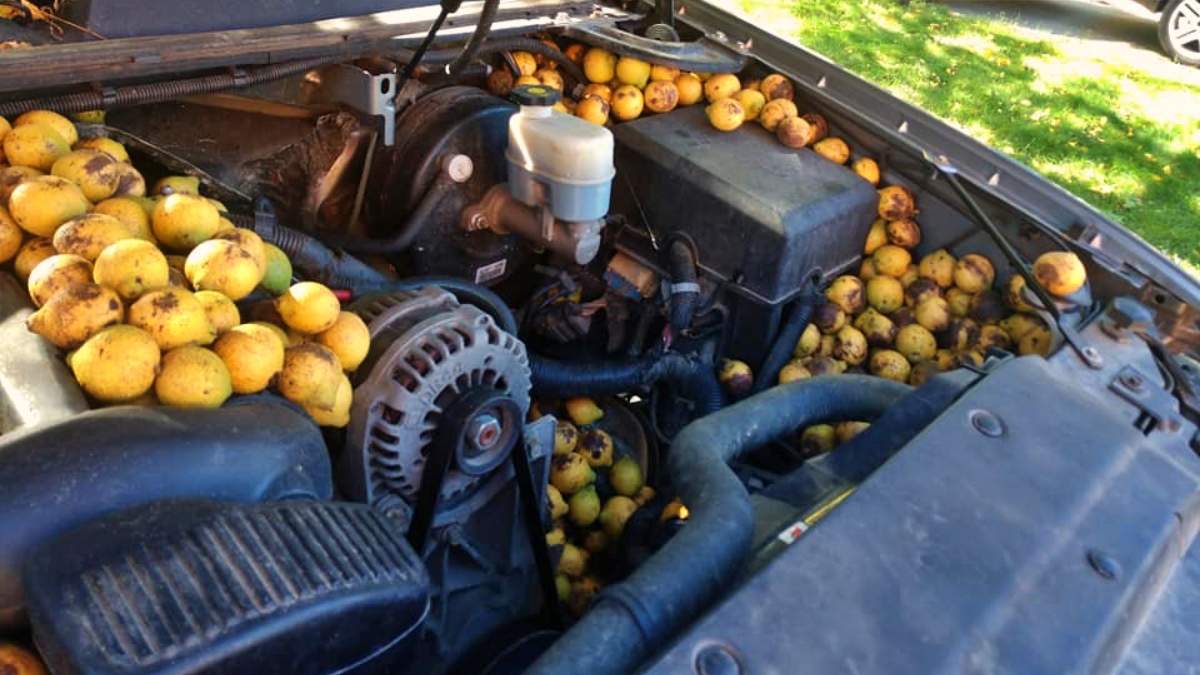 In the city of Fargo in North Dakota, USA, a squirrel hid about 70 kilograms of black nuts under the hood of a parked car. 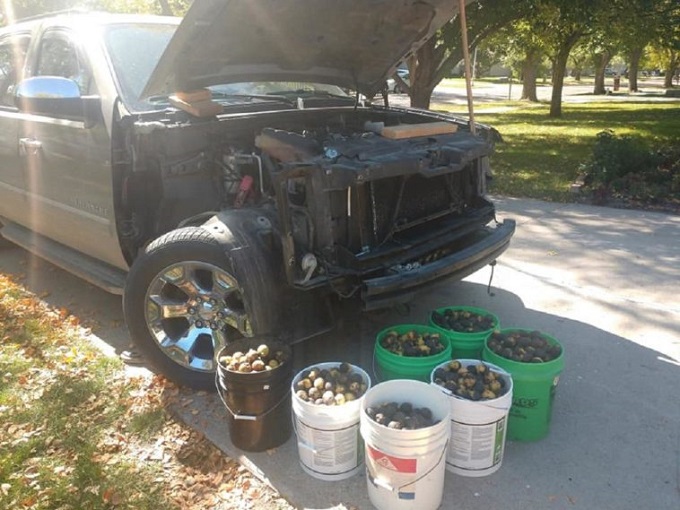 The owner of the car, 56-year-old Bill Fisher, discovered this surprise when he returned from a four-day work trip. Probably, the animal collected nuts from a neighbor’s tree and decided to hide them in a safe place.

However, this is not the first time a man has encountered such squirrel gifts. Since 2013, every two years, when the nuts ripen, local red squirrels choose his Chevrolet Avalanche as their treasure trove. 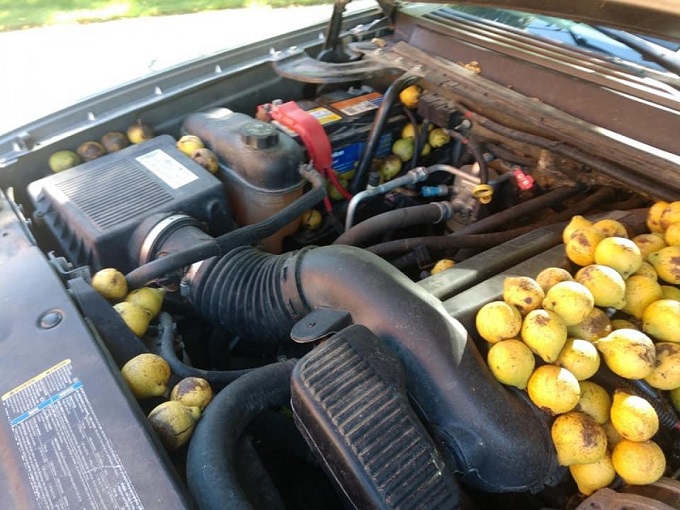 “There are other cars that are very close to that tree. But it’s always my truck. I even parked on the street on purpose, as far away from the walnut tree as possible. And they still find Avalanche and hide the nuts there,” Fischer said.

This year’s production turned out to be a record. The squirrel filled the man’s truck with 42 gallons of nuts. 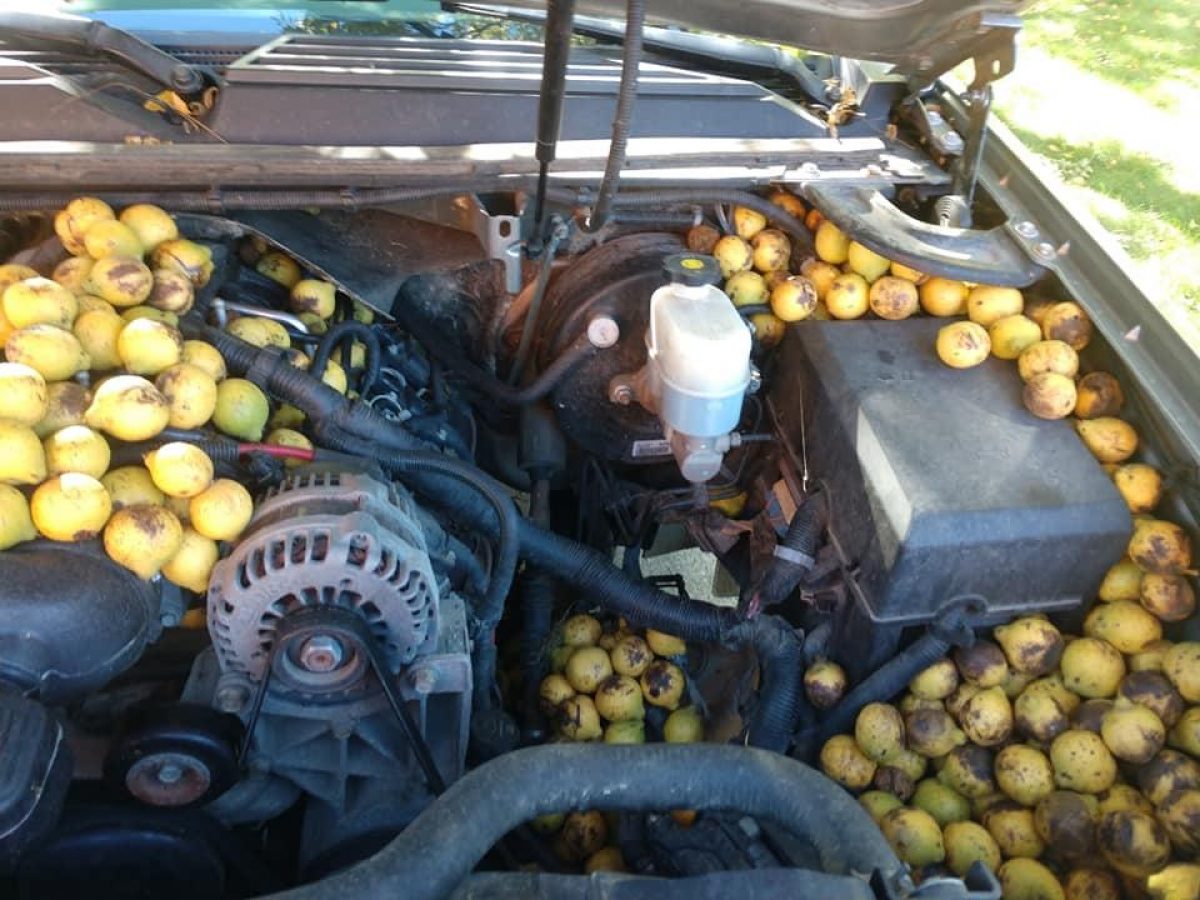 Fischer says he’s used to the inconveniences that occur every two years. He knows that as soon as the nuts start falling to the ground, it’s time to look under the hood before starting the car.

The man believes that the squirrel chooses his car because of the ease of access. She climbs inside through the back of the pickup, climbs up the frame rails, and then penetrates into the engine compartment. In addition, there is enough space under the hood for squirrel stocks. 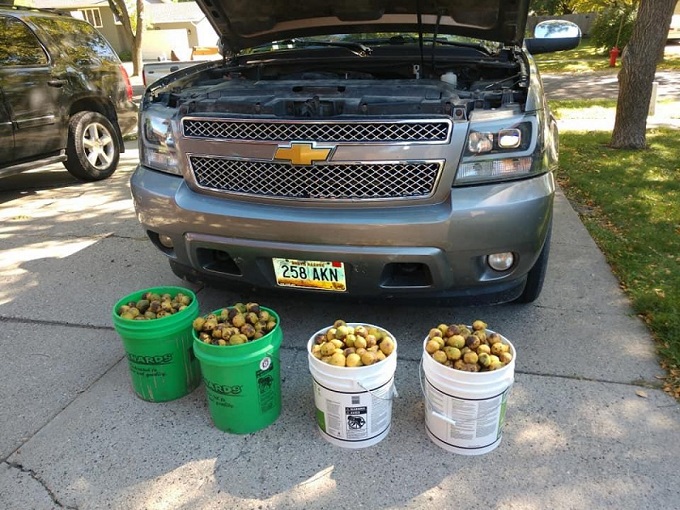