A new home and human care transformed a timid kitten into a confident pet. 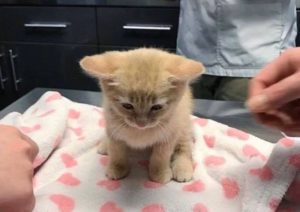 Milena, a resident of Montreal, saw an online appeal for help for a red-haired kitten. The two-month-old girl needed a home and care. Milena immediately agreed to take her in.

The kitten was small and weak, she could hardly stand on her feet and avoided looking at people in every way. Milena immediately took the animal to the veterinarian and informed the animal’s defenders. The girl was named Angie. 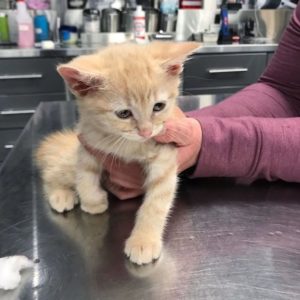 The doctors found not only dehydration and exhaustion, but also ticks and fleas. Angie was given an IV and fed from a syringe. She refused to eat on her own. 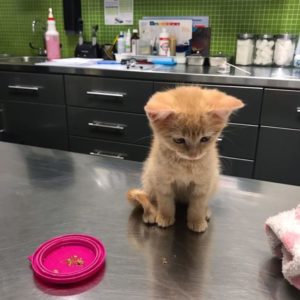 Thanks to the help of doctors Angie’s physical condition gradually began to improve. Once the threat to her life was over and the daily vet care was no longer needed, Angie went to a holding facility. During the day the baby was looked after. After all, she was still not eating on her own, and her appetite had not been restored. So it was important to make sure that Angie did not miss feeding time. Angie also needed to be given antibiotics for infection and medication for anemia. But most of all, the animal needed love. 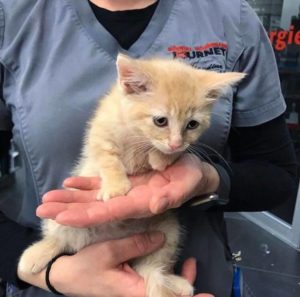 Only after a while the kitten began to eat independently. She regained the activity and playfulness typical of babies of this age. According to animal advocates, if Angie had not been in the hands of veterinarians in time, she would not have survived. 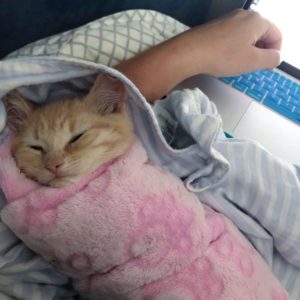 The cat quickly learned not to be afraid of people. Moreover, now she constantly needs their affection and all the time asks to be held or needs a hug. 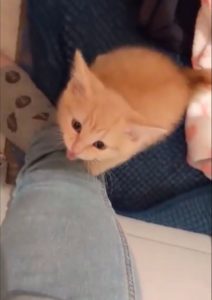 Just a couple of weeks of love and care transformed a frightened animal into a cheerful kitten, showering her love on everyone around her.