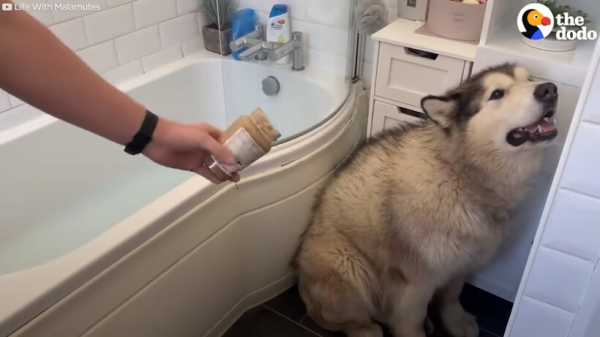 The Alaskan malamute is a representative of an ancient breed bred by excimos. These dogs have long helped people survive in the difficult conditions of the northern latitudes. They have always been excellent helpers and companions, they could pull carts behind them and overcome huge distances in the snow. But the hero of the video has never been to the north and does not like to swim very much. 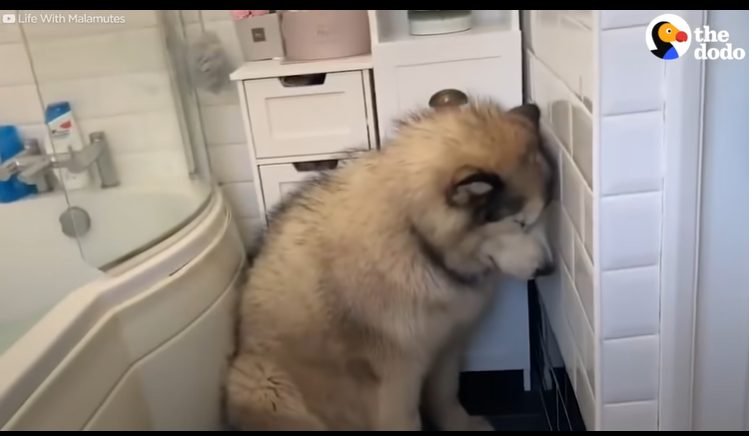 The video shows the handsome Phil, an Alaskan malamute and a favorite of the whole family. He will have to take a bath to wash off all the dirt from his thick and long coat. But such an idea is not to the dog’s liking. He probably doesn’t like water. And the owners understand this, so they do not put pressure on their big pet, but gently persuade him.

And everyone gathered in the bathroom: the couple, their baby and even the cat. But such support does not really encourage the malamute. He first walks around the room, tries to hide in corners and turns away, as if no one sees him that way. But the family is determined, so it goes to tricks. 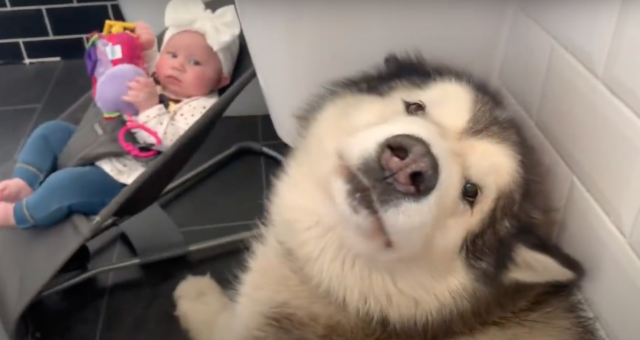 The owner offers Phil a favorite treat – a jar of peanut paste. The dog begins to lick the yummy, but does not intend to give up. When the owner removes the treat, his pet licks the wall. And then the man is cunning: he smears the wall of the bath with paste, and also puts a dog treat on the side.

Phil first puts his paws on the tub, then changes his mind and tries to retreat. And yet the owner again directs the big man to the water. He gives up and climbs into the tub. And while the water procedures are going on, the cat steals a treat intended for a dog who has decided on a brave act.