This unusual picture was noticed by the owners of the dog Wally, who were resting on the shore of the lake. While the dog was swimming, an unknown animal jumped on his back. The owners could not determine who this passenger was.

A dog named Wally lives with his owners and loves to swim very much.
The Golden Retriever likes to run after a stick and spend time in the water. Recently, the owners went to rest by the lake and noticed something strange. 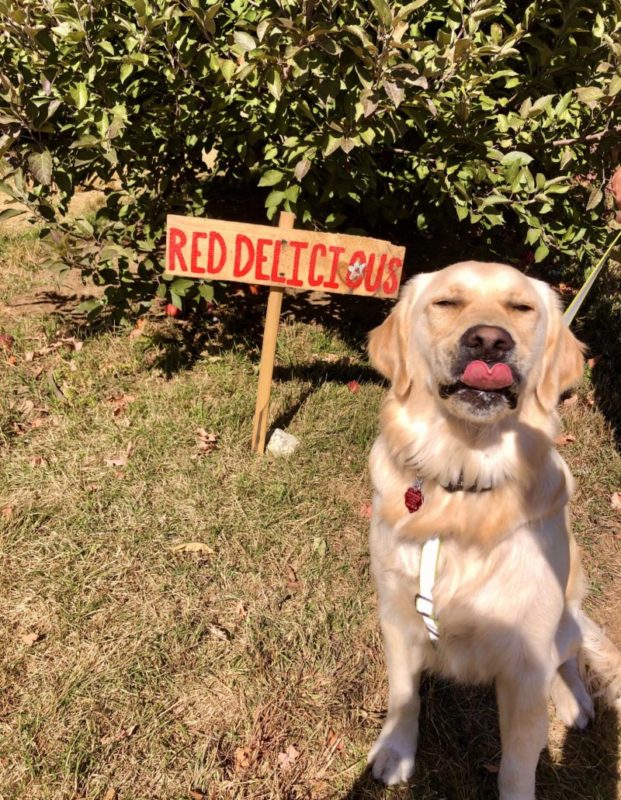 The owner of the dog, Lauren, noticed that when the dog was swimming in the lake, someone was floundering next to him. At first she thought it was some kind of object. But it was something that jumped on Wally’s back 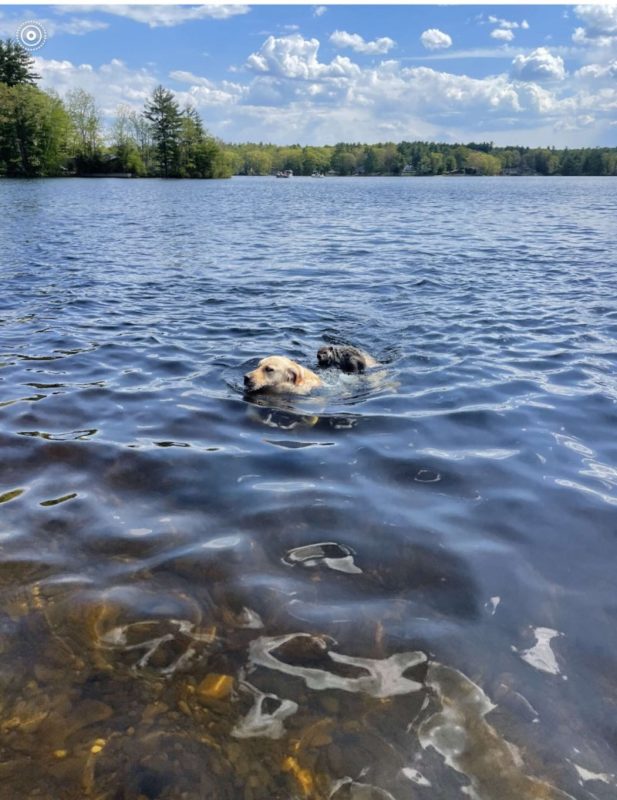 An unusual animal turned out to be a groundhog. But the dog ignored him. The dog just looked at the groundhog and continued to swim to the shore. 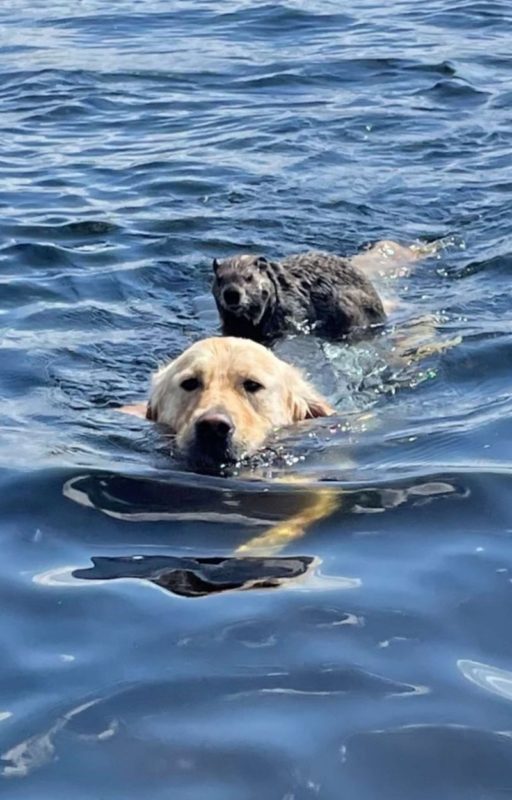 Wally was still swimming with a passenger on his back and already near the shore, the groundhog jumped off.
The animals looked at each other and lightly touched their muzzles, as if saying goodbye to each other. And then the groundhog ran into the forest, and the dog continued to swim. 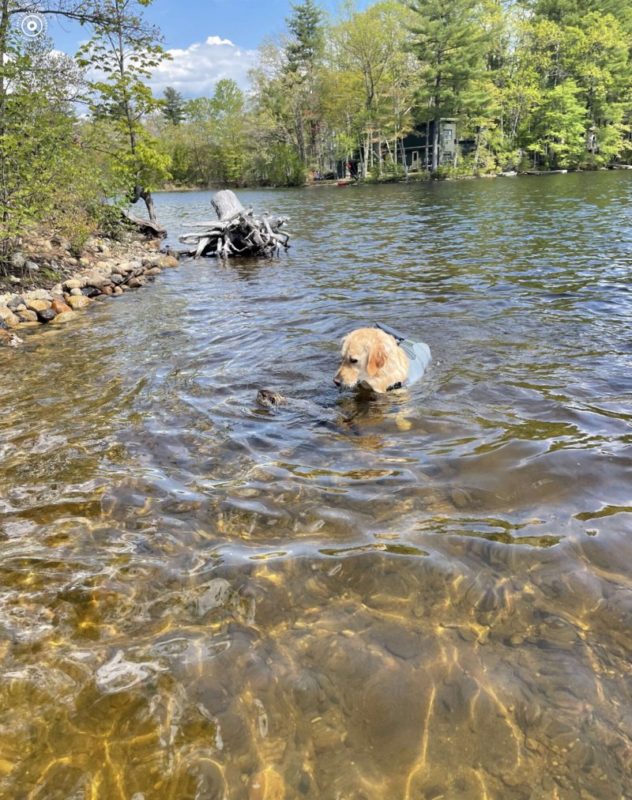 Usually, groundhogs are shy. But this one trusted the dog who was nearby. Wally is a very friendly dog who treats all animals with care. The groundhog felt safe from him, and trusted him. 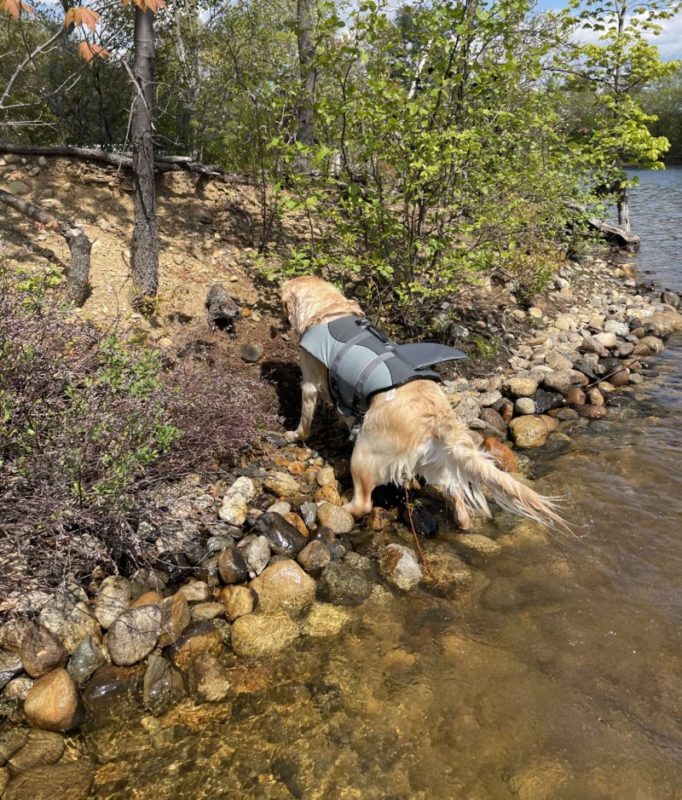