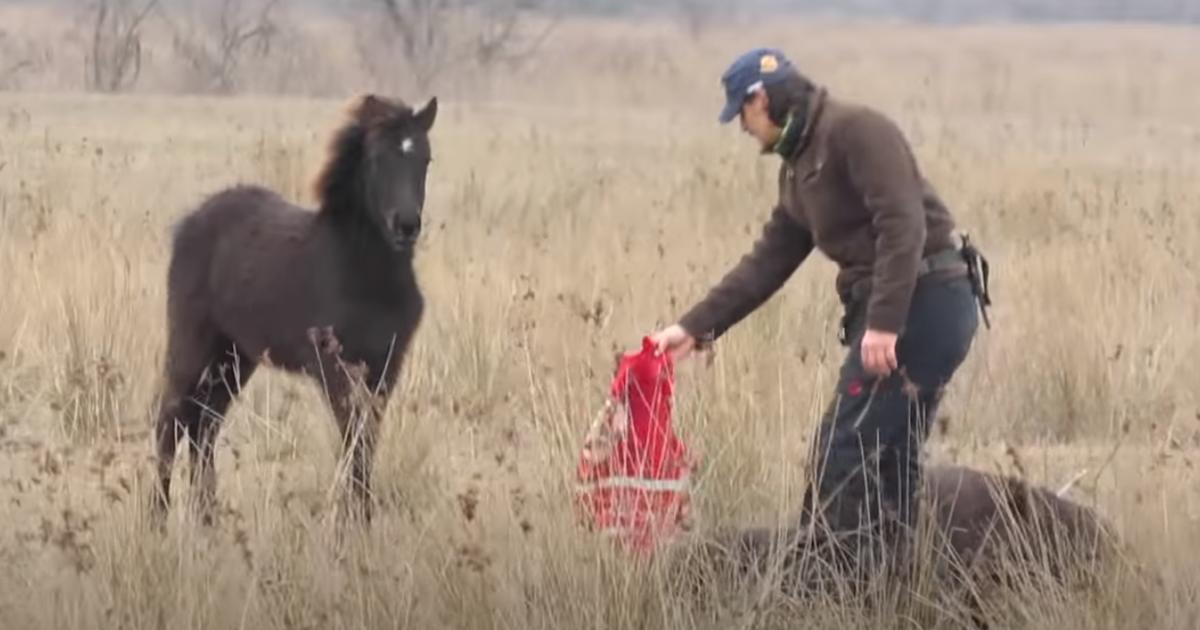 That’s what happened to Ovidiu Roche, a veterinarian from the Four Paws team. While working, he caught sight of a wild horse with bandaged legs, as is usually done in Romania. As you know, the fetters on the front legs cause the animal pain and a lot of unpleasant sensations. Roche could not pass by and decided to help the horse get free. 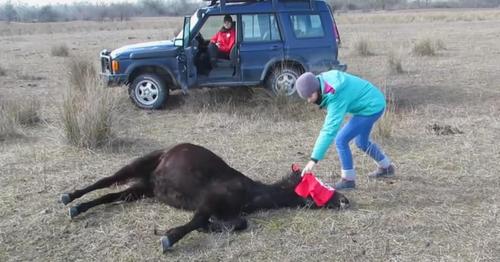 He was aware from the very beginning that approaching a wild horse could be dangerous for both him and the animal. After all, it can be crippled from fright, trying to escape despite the bonds. In addition, a desperate and panicked horse is quite capable of attacking a person approaching it.

An experienced veterinarian from the Four Paws team knew that he could only help a calm animal. So first he used a tranquilizer. After that, he quickly approached the horse, closed her eyes, and got to work. At that time, another horse was standing nearby, curiously watching Roche trying to free her friend. 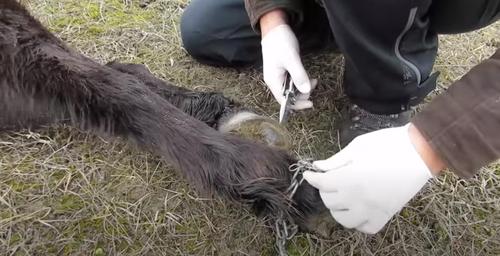 Coming closer, Roche discovered that the horse’s legs were tangled with a chain. Apparently, someone was fattening her up for slaughter. Fortunately, Roche had pliers at hand. He stubbornly continued to work, not paying attention to the fact that more and more horses were gathering around. Finally, the chains were removed.

Soon the horse recovered, and the Four Paws team removed the eyecups from her head and helped her get back on her feet. The graceful creature was so delighted with her newfound freedom that she even decided to reward her savior with a heartfelt kiss. How nice to realize that today there are still people who will spare no time and effort and will not pass by an animal in trouble. Even in the most difficult times in this world there is a place for love, and for kindness, and for sincere sympathy.