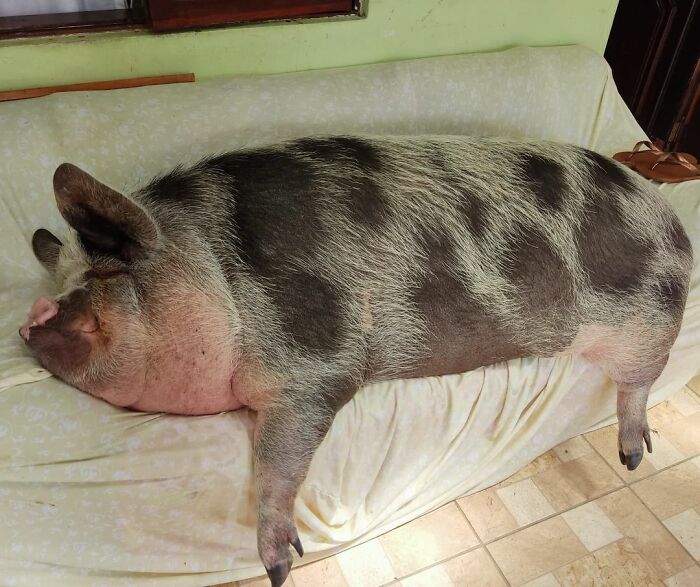 Imagine that you live in a rather miniature apartment and decide to have a puppy of a tiny breed, which should remain small all his life. But after a while you discover something strange. The puppy begins to grow and does not stop doing it. And now you have a shaggy giant running around the house, little resembling what the breeder promised.

Funny, isn’t it? Believe it or not, this is exactly what happened to Rosangela, a woman who lives on the coast of Sao Paulo, Brazil. Only instead of a dog, she bought herself a piglet, as she thought of a special breed, usually not exceeding 50 cm in height and 90 cm in length. 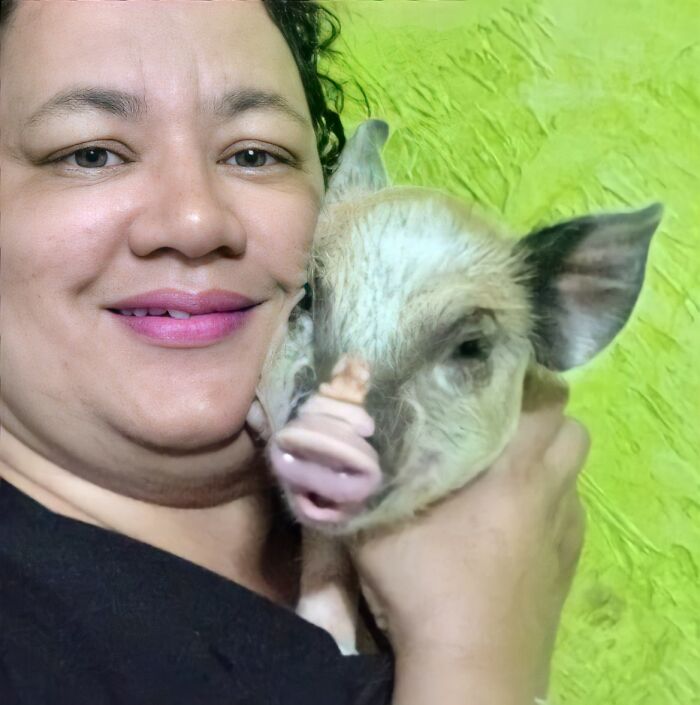 Meet Rosangela and her adorable pig, which she named Lily.

A woman bought a piglet 3 years ago. She trusted the promises of the seller, who assured the woman that it would not grow big. 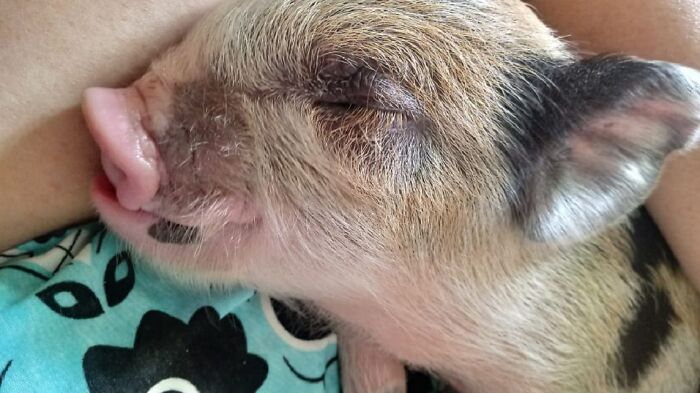 And at first it was like that.However, Lily did not stop growing

Rosangel’s daughter, Larisa, said that their whole family was shocked when they noticed that the pig was growing without thinking to stop.

“We always thought that Lily wouldn’t grow up anymore. But she grew and grew. The size the pig has reached is insane, but we still love it and take good care of it.” 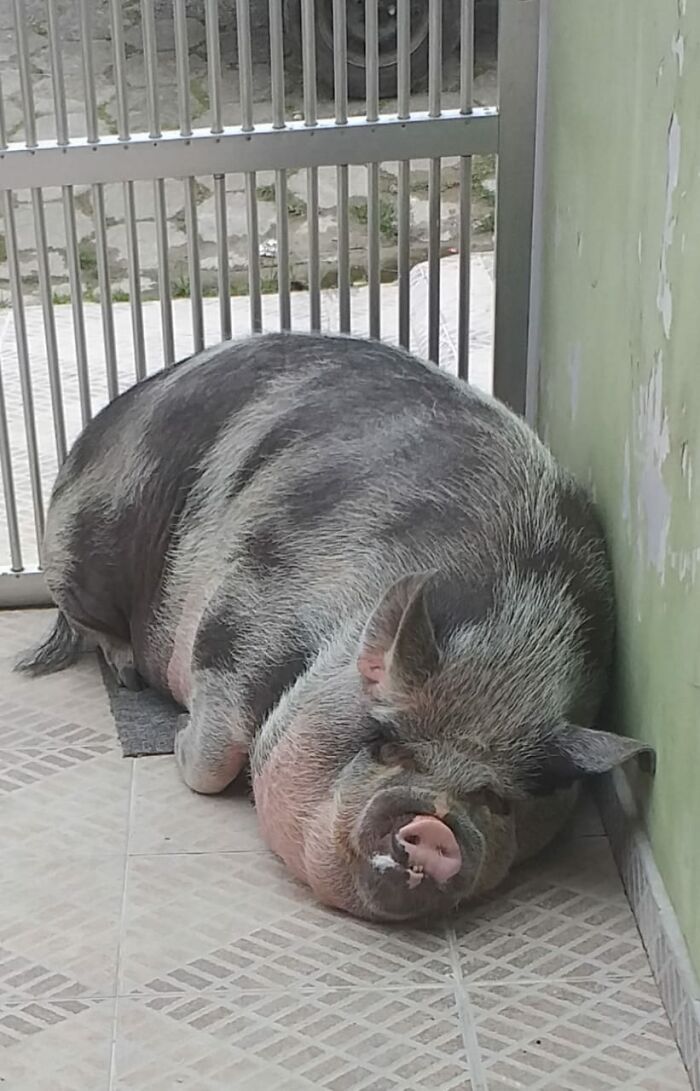 Despite the fact that the pet turned out to be not exactly what Rosangel imagined it to be, piggy is adored not only by her family, but even by neighbors. 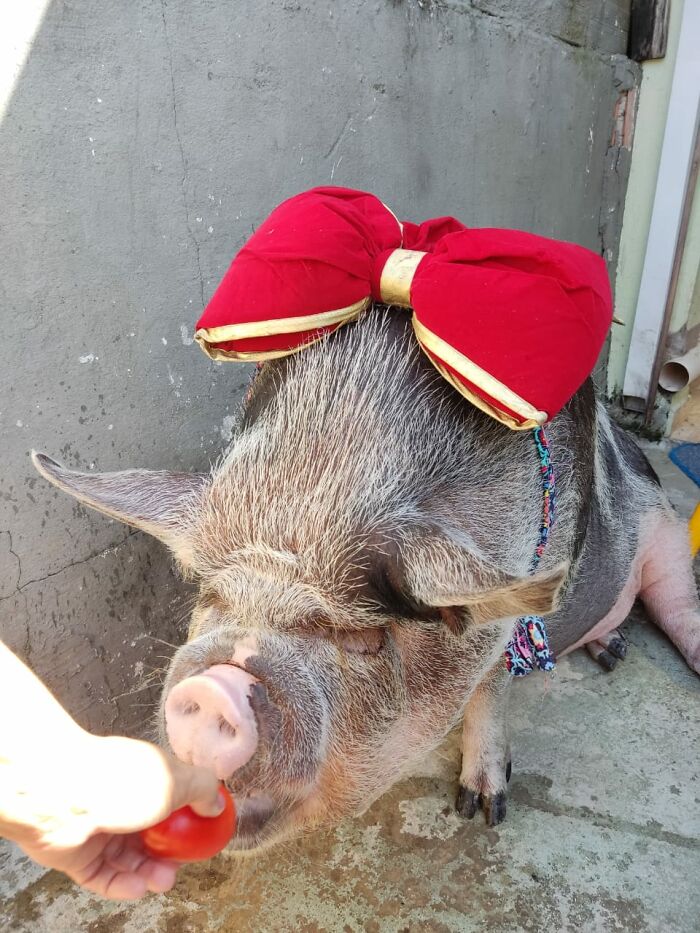 Lily is kept indoors as a pet. She lives in the same room with Rosangela and her husband.

The pig’s daily routine looks something like this. She gets up with Rosangela, goes to the toilet (always in the same place in the backyard of the house), has breakfast, takes a shower when it’s too hot, and goes out to graze. Then she has dinner from 18:30 to 19:00 and goes to bed at 20:00.

This is a stubborn animal with a strong character! When she wants something, you can’t stop her. Lily is also very noisy, especially when she is hungry. She can open the closet and make a mess there 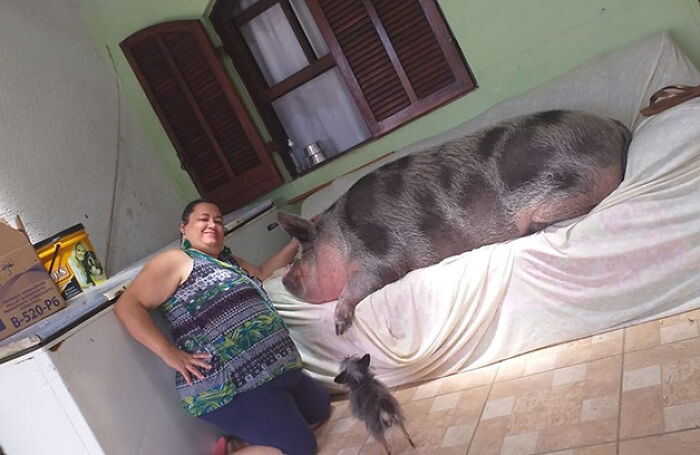 The pig has its own mattress. And she eats about 5 kg of food a day. But despite the difficulties, the whole family loves her very much.

Despite the fact that Rosangela wanted a tiny and cute piglet next to her, she got a charming pig that grew up with her love.