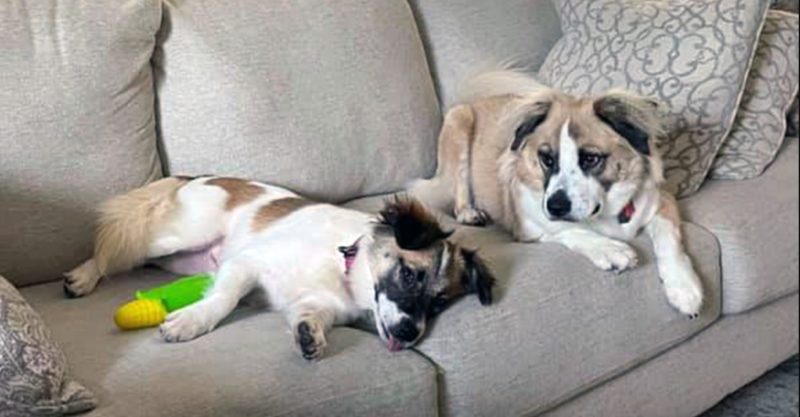 It is quite difficult for animals with vision problems in life. And, of course, it will be much easier for them when they have loyal friends next to them. We have heard many stories about dogs having their “sighted” companions who help them move around, and that they subsequently develop warm friendships.

But recently it was a big surprise for one family when they discovered that their visually impaired dog and companion have much more in common than they thought.

Jane Salazar from Red Bank Tennessee and her husband took a dog named Diego. They didn’t know what breed the dog was, so out of curiosity they took the dog for a DNA test from the Embark company. 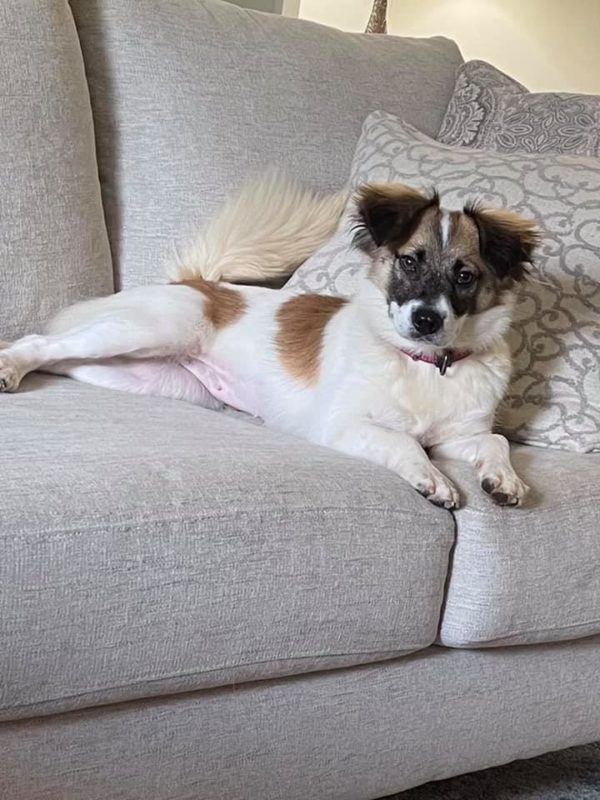 While the test revealed the breed of the dog (pit bull and Australian shepherd dog), it also revealed sad medical news: the two-year-old dog had eye problems. And this meant that the dog would go blind in the near future.

Despite being saddened by the news, Jane was determined to help Diego. And she decided that it was best to find a friend for her dog.

“I did an investigation and it also confirmed that one of the best things you can do for a dog that is going to lose its eyesight is to find her a companion,” Jane told Newsweek. “So I started looking for a companion for my dog. ” 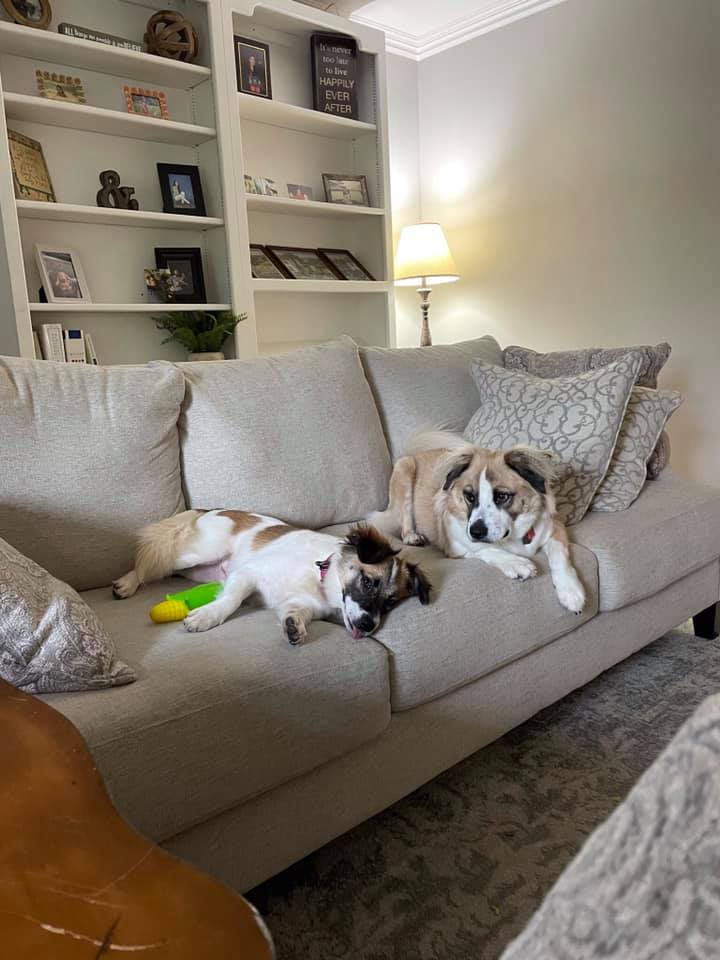 She went to a local shelter to adopt a companion. She liked a dog named Dixie, who was very similar to Diego.

Jane adopted Dixie, and after she brought her home, the two dogs got along just as she had hoped.

Then Jane bought another Embark DNA test for Dixie. The test showed that Diego and Dixie are brother and sister. 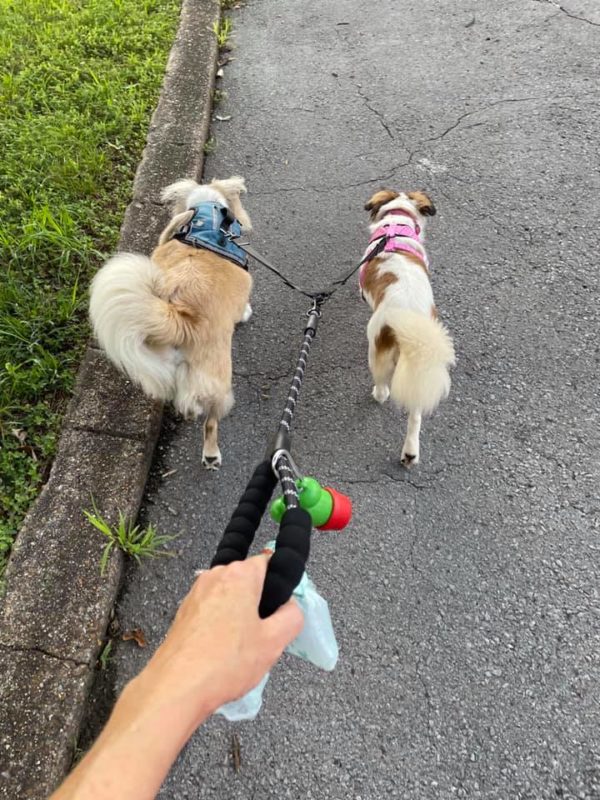 The dogs are not from the same litter, but probably have the same parents. Jane suspects that both of them were products of a breeding farm, and irresponsible inbreeding could lead to their health problems.

And yet it’s an incredible coincidence.

“I am glad to know that these brother and sister have found each other and that we are becoming their family,” Jane wrote on Facebook.