When Stephanie Perfect just moved into a new house, she noticed a cautious cat peeking out from behind the trees on the other side of the street. 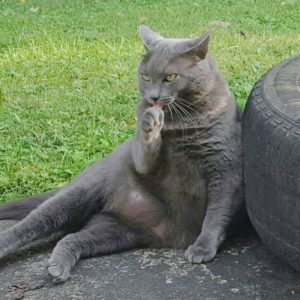 It was 6 years ago and Stephanie still had no idea how much her life would change after moving. The cat showed up nearby time after time . He was obviously looking for food.

«I found out from the neighbors that about four years earlier it was left here by the previous owners,» says Stephanie.

All the time that the cat was in the status of a stray cat, the locals fed him. Stephanie also got involved, and the furry tramp began to come to her territory every day.

At first, he did not touch the food in the presence of a woman. But as soon as she went into the house, he would sneak up to the porch, pounce on food, eat and immediately run away. This ritual lasted more than six months. 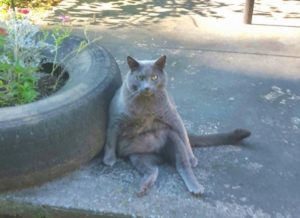 «He started staying longer, then even longer near my house. But he still ran away as soon as I left. I built a house for him out of Rubbermaid containers and some warm blankets. Although not immediately, but he realized that this house is a safe place where he can spend the night in cold and bad weather,» says Stephanie.

«After getting used to me a little more, he sometimes started lying on top of the booth during the day. I just lay there, relaxed and surveyed my residence.» 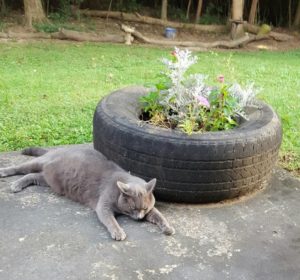 A year has passed. The cat learned the feeding schedule and at the right hours began to get closer to the front door. «I talked to him and he recognized my voice.»

One morning Stephanie woke up and was surprised to find her boyfriend on the porch looking right at her.The woman tried her best to suppress her excitement, because it was important to move slowly and silently so as not to frighten the guest. 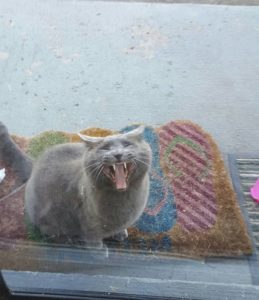 «I slowly bent down, began gently stroking his head, then his ears. He rolled over on his back and allowed me to scratch his fluffy tummy,» Stephanie recalls. «From that day on, he became my Buddy.»

Having thus secured a trusting relationship, the woman took her four-legged friend to the veterinarian for a full examination. Buddy was found to have an immunodeficiency virus. Cats with this disease can live a long and healthy life – the better they are taken care of, the longer they live. 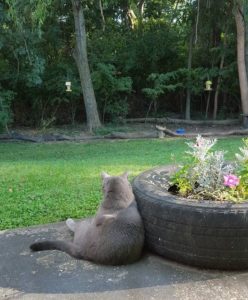 «Eventually, he started going inside and even stayed overnight if it was particularly cold and windy outside. Gradually, he got more and more used to being at home.»

«I experienced great pleasure watching the transformation of an indecisive and timid animal into a rather cheerful, playful, loving guy! And, of course, he has noticeably fattened up, there’s nothing to hide.» 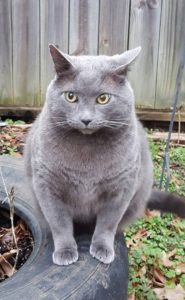 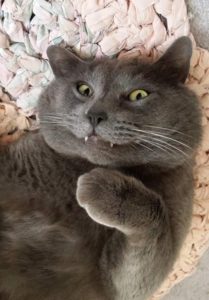