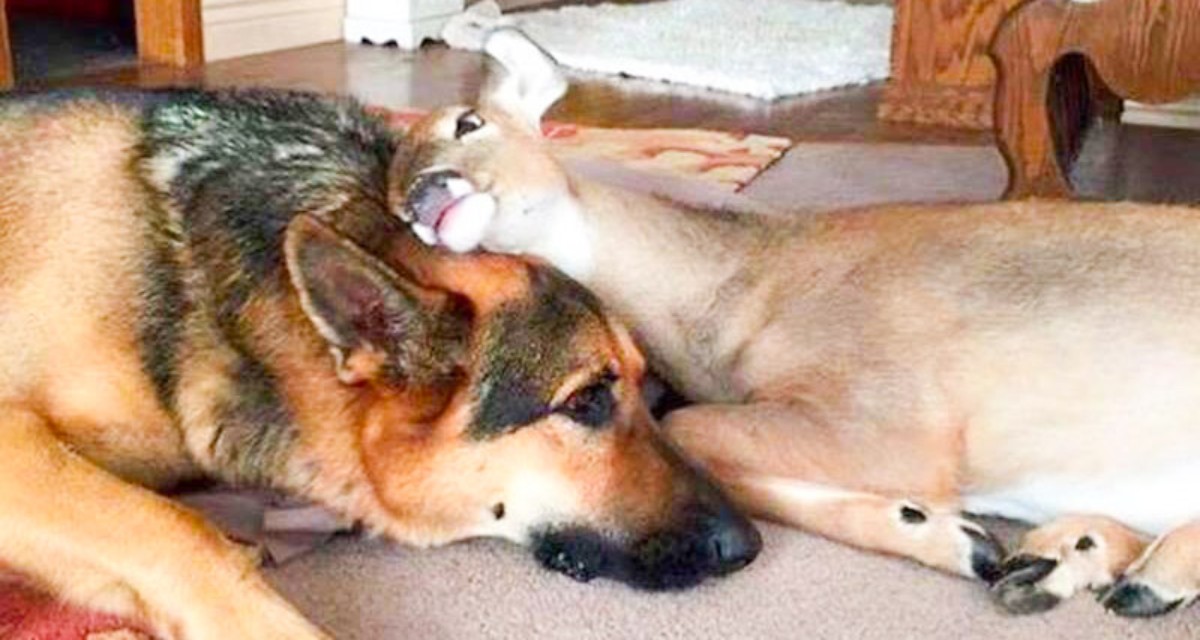 We all know that the German Shepherd is a loyal, determined watchdog who is ready to sacrifice himself for the sake of the owner. At first glance, Sarge is exactly like that. But because of his owner’s habit of rescuing animals, he became a very gentle and sensual dog. He takes care of those who need it.

Cheryl and her dog Sarge live on a small “farm” in Ohio. They don’t breed animals there for food. The woman recalls that even as a little girl she often brought home wounded animals. Now she has two sons and she was also able to instill in them a love of nature. 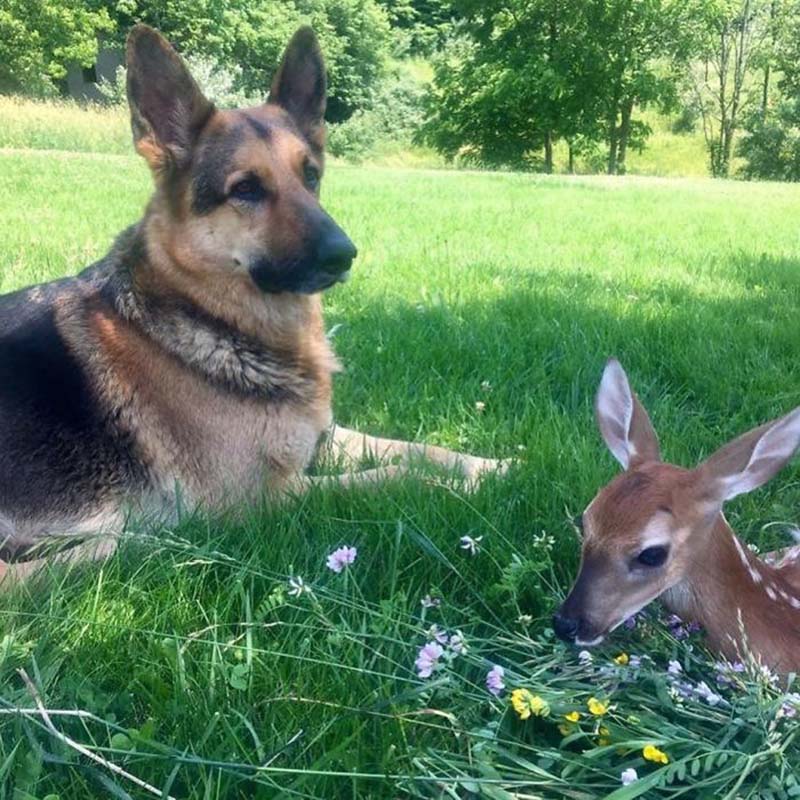 “We brought Sarge home nine years ago. He’s the only purebred dog we’ve ever had. The rest are mixed breeds or “mongrels”, which I consider the best dogs!, — says Cheryl. — Most of them were abandoned or someone just gave them to us because they couldn’t keep them anymore. They’re all great and they all get along.”

The Shepherd was not always so kind and gentle.

“Sarge was a vicious puppy.” But his character changed dramatically six years ago when a woman brought home a wounded fawn. He became a real guard and babysitter for the fawn. 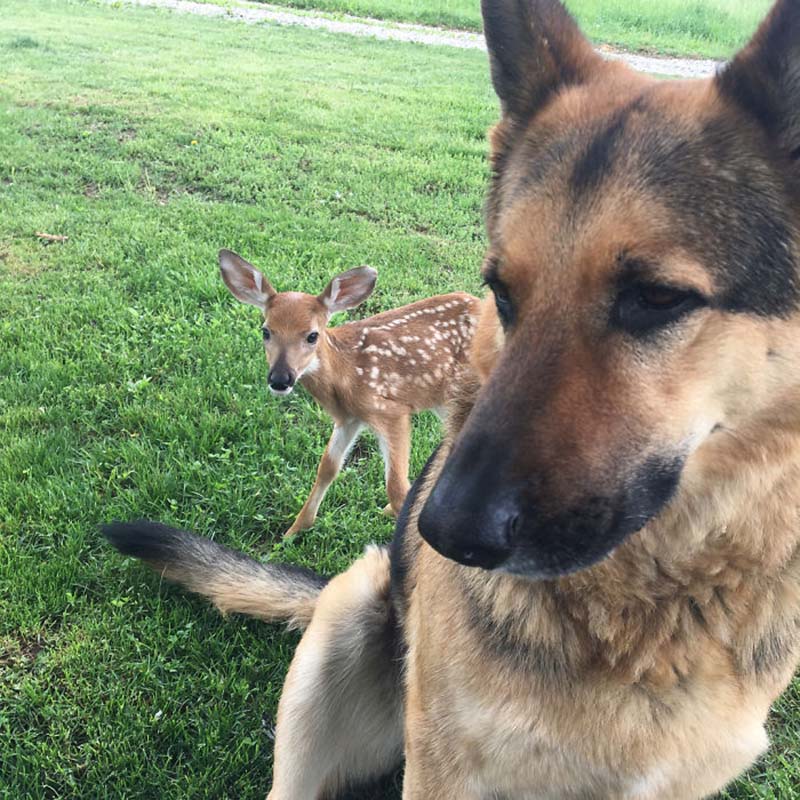 By the way, deer and dog are not the only animals on Stephen’s farm:

“As for other animals, we have a pet rooster named Big Roo, who sort of guards our house and chickens. We also have horse and pony, Gibby and Corn Pony. Recently we bought and brought home a priceless little black sheep and a goat Hildy.” 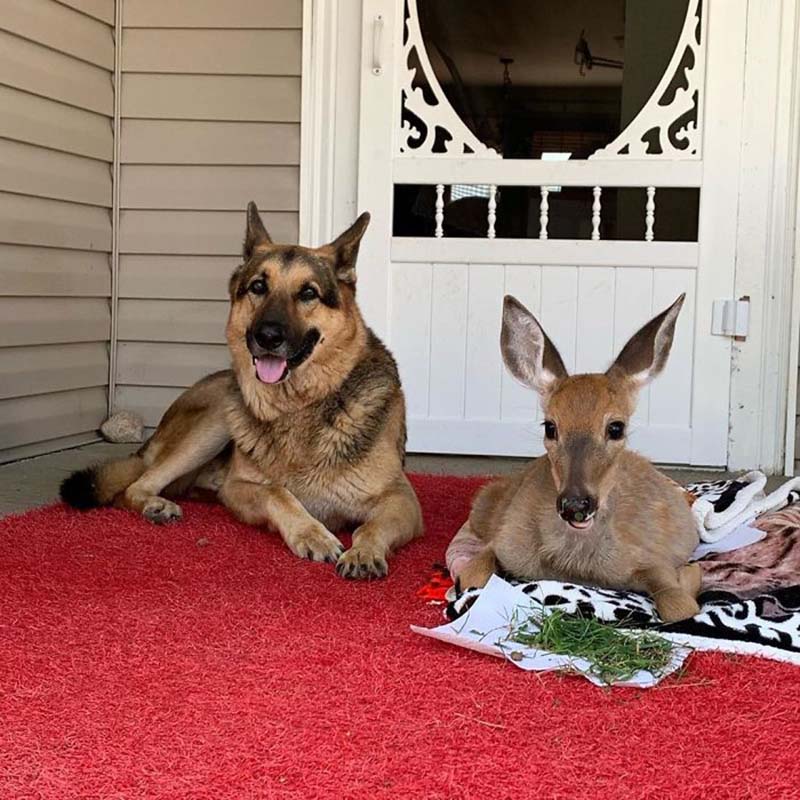 The perfect babysitter, just look at them.They spend a lot of time together. 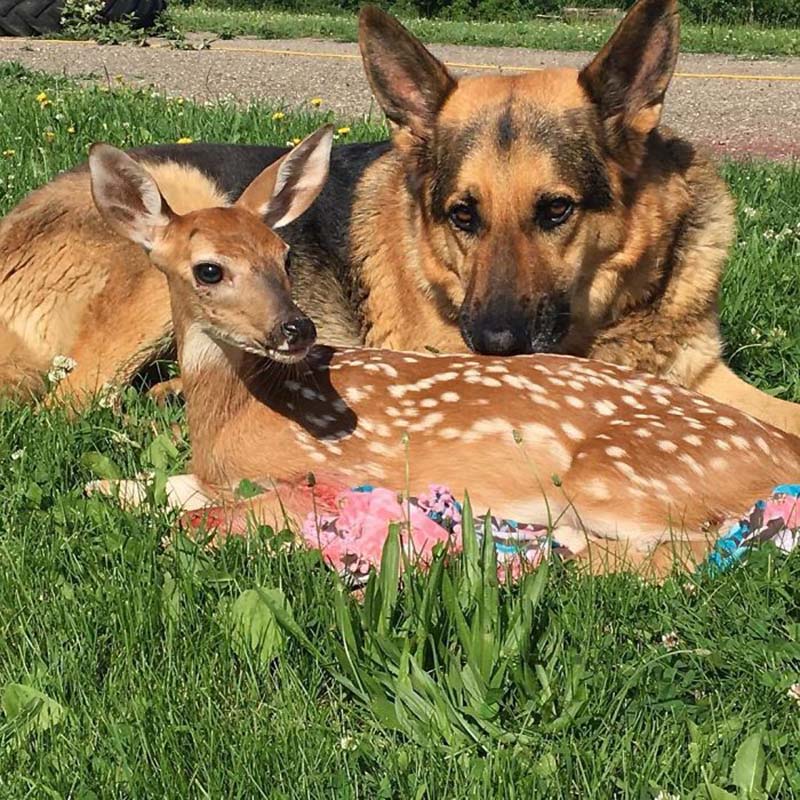