People who rescue animals, risking their health and their lives can be called real heroes. 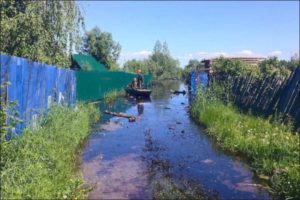 There was an accident in Nefteyugansk – an oil spill. As a consequence, the river was polluted. A young man named Anatoly helped to eliminate the consequences. He couldn’t even imagine that he would hear the pitiful cries of kittens. 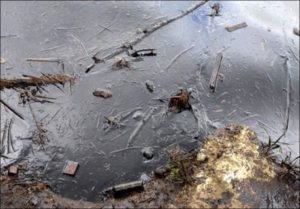 A pipe burst and oil started flowing directly into the river, which was an ecological disaster that would severely affect the entire river.

The boy was doing his best to eliminate the accident, but then he heard a squeak of pity. He realized it was kittens and rushed out to look for them. When Anatoly found the little ones, they were completely covered in oil.

Without thinking, Anatoly went waist-deep into the water.

He took the kittens out, wrapped them in his T-shirt and carried them to the shore. 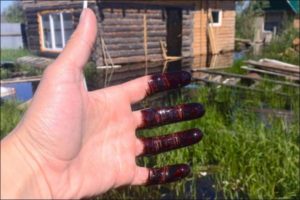 And before that incident, the young man had also bravely helped pull people out of the river who were floating in a boat that capsized. He was also pulling equipment out of the water. 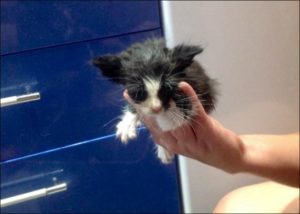 The kittens were fine. They quickly settled into their new home. 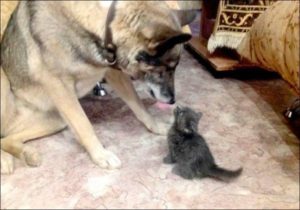 They met the owner’s dog. And now they’re all playing nicely together. 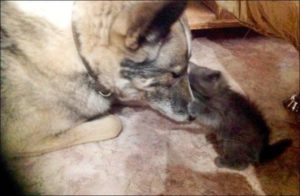