There are people who take a dog only to one day give it up. That’s what happened to Maru, a one-year-old bullmastiff who was returned to the kennel because of her owner’s alleged allergies.

Alla explained, “I never give up my puppies, and I want the dog back just for me, not to be thrown out on the street.” 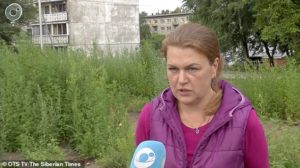 But Maru had other plans. While being transported back, she managed to escape from the carriage when the train stopped at a remote station. The conductors, who were looking after the rejected dog, shouted its name on the platform, but to no avail. 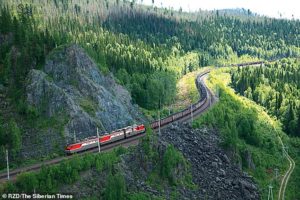 After Maru escaped, her owners received a call asking for help in finding her. They refused. “They gave the dog away, and now it’s not their problem.”

Alla, the kennel owner, organized a search for the missing bullmastiff and turned to social media for information.

Amazingly, two and a half days later, the emaciated and injured dog was found in an industrial area near the home of the owner, who had rejected it. 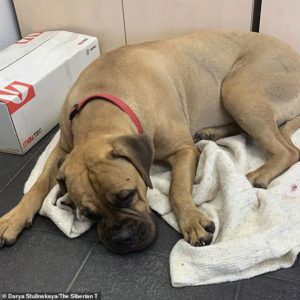 Alla said the dog was very lucky not to have been attacked by bears or wolves during the journey. Alla suspected that the dog ran along the railroad tracks all the way home. 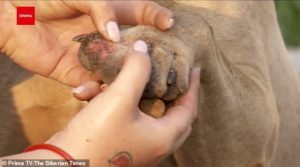 The dog managed to cover 200 kilometers. The pads on her paws were damaged and she suffered a muzzle injury. She was terribly exhausted and there were tears in her eyes. 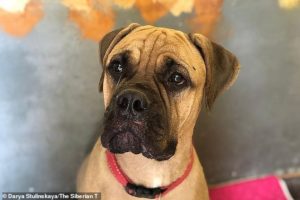 Maru now lives in the kennels, with her mom and dad, and is recovering from her ordeal. 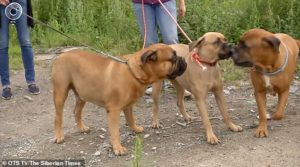