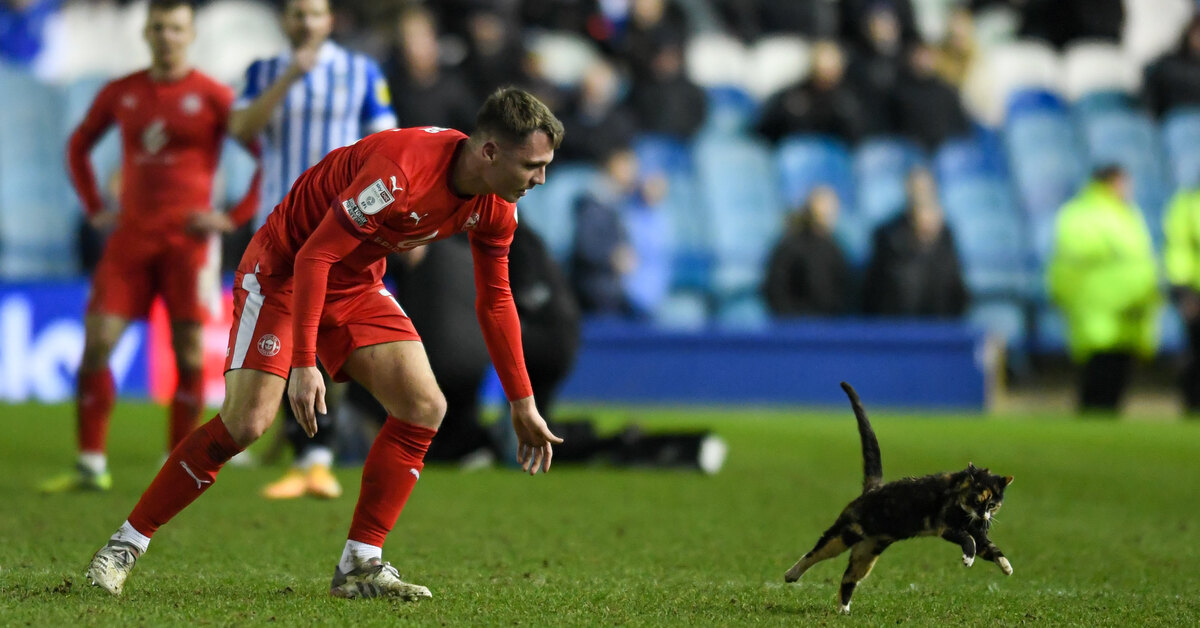 The lost cat suffered a lot during her wanderings, but the fans decided to pay her veterinary bills.

A nine-year-old cat named Topsy jumped out of a carrier on the way to the vet 8 months ago. She very quickly disappeared in an unknown direction, and the owner could not find her. Neither ads nor the Internet helped in the search for the cat. 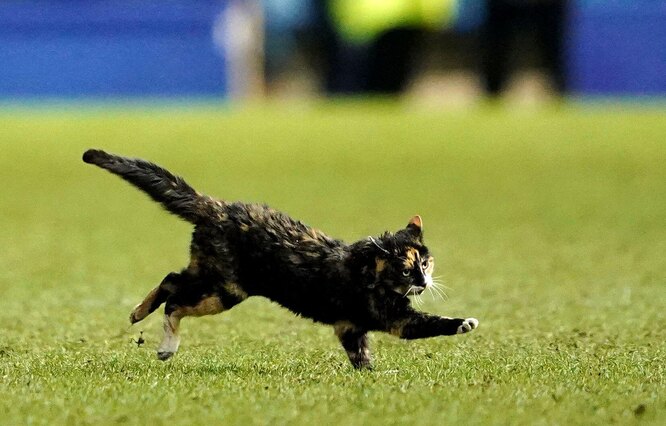 But one deep evening, Alison Jabb, the cat’s owner, got a call from her daughter-in-law. She asked if Alison was watching the football match between Sheffield Wednesday and Wigan Athletic. It was not a very decisive match between the teams of the third division, and Alison was not a fan of football. So she was very surprised and said no. 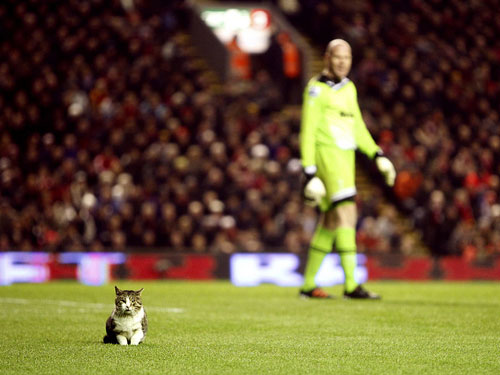 Then the daughter-in-law advised to turn on the broadcast immediately. And Alison saw in the replay how the football players carried off the field a tricolor cat, terribly similar to Topsy. Her cat disrupted a football match to catch the eye of the owner! The cat jumped onto the field in the 94th minute of the match, disrupting the course of the game. Two players chased after the intruder, but she jumped away from them. However, they caught her pretty quickly. Then it became clear that the cat was injured. 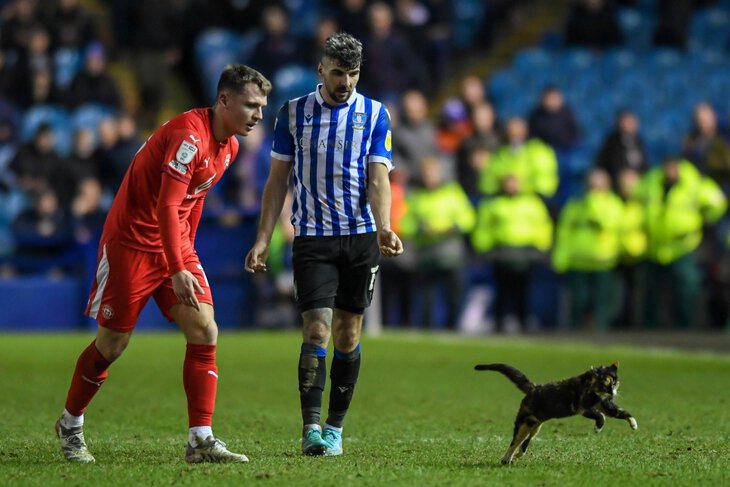 She had teeth marks of a large predator on her neck. It looks like her spine was damaged. Therefore, the cat could not move fast enough. It is unclear what brought the sick animal to a place of gathering of people, obviously a happy accident. Among the fans there was a man named Sam, a veterinarian. He volunteered to pick up the cat and take it to the doctor. The doctors’ conclusion was disappointing. The cat clearly had several fractures. She’ll need surgery. But first – MRI and CT to clarify the front of the work. All procedures will require more than 10,000 pounds. 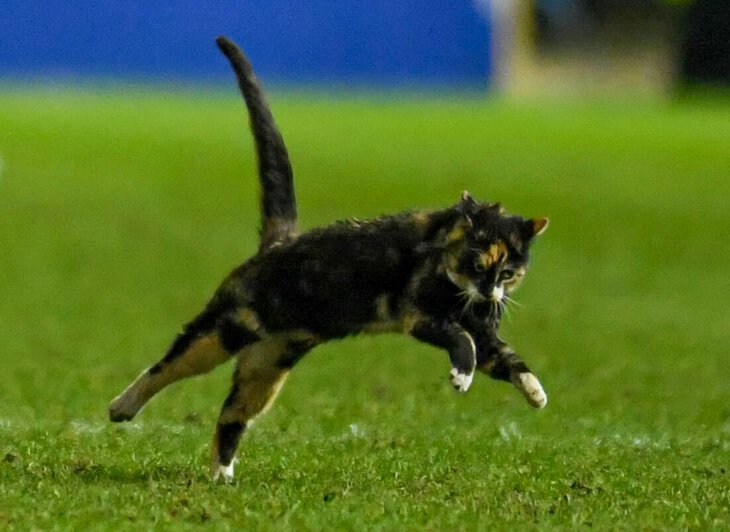 And the veterinarians scanned the cat’s chip. They found out that the cat’s name was Topsy and got the phone number of Alison Jabb, who was already ready to leave. She was so happy that she returned her beloved cat after almost a year of searching. But the size of the bills threatened to leave her without a livelihood. So Alison announced a fundraiser: 10,000 pounds. Football fans immediately joined the collection, and after a couple of days they collected even more than the required amount.

“Many thanks to everyone,” Jаbb told those who made donations. “It’s so amazing what a response has been given to the Topsy case. It means so much and gives her a chance to recover again. She still has a long way to go to make a full recovery, but the vets are doing everything they can to help her.”