Not only people suffer from natural disasters, but also pets. During the severe flooding that occurred in the US state of Louisiana, about 40 thousand homes were flooded. Residents left their homes in a hurry, and some in a panic forgot about their pets. 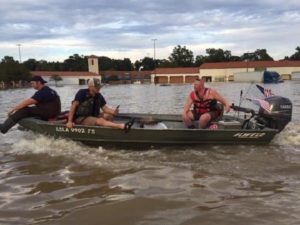 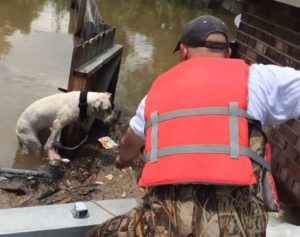 Two rescuers Mike and Darrell decided to take care of abandoned animals that were trapped. In total, they managed to save about 100 animals. But most of all the men were amazed by two pit bulls who managed to stay in the water trap for 16 hours! One of the dogs was sitting on a small plot with the remains of a fence, the second also found a piece of land and was waiting to be rescued. 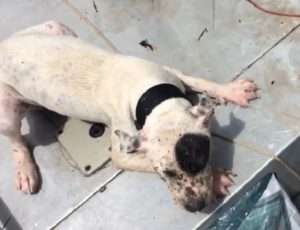 Josh Petit also could not stay away and began to pull the unfortunate animals out of the trap. He told about a poor dog who was struggling in the water with his last strength. The black dog could hardly be seen in the muddy mud. The man only paid attention to the stirring of the bush. And under it, he already noticed the terrified eyes and nose. When the dog was rescued, he did not believe his luck and began to cry like a man. 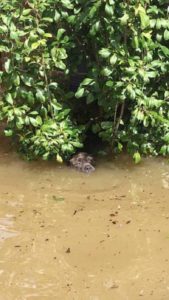 Thanks to these kind and brave guys, they managed to save many animals that would have simply died without their help.