This dog was found on the street several years ago by an elderly couple. They saw a stray animal that was clearly expecting offspring. The dog was sick, so the couple decided to take it off the street, thereby saving the lives of both her and her babies. 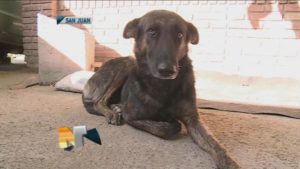 The couple named their puppy Pepa, and they fed and treated her. Soon the dog became a mother, and when her babies grew up and became independent, new families were found for them.

Immediately the family began looking for a new home for Pepa as well. They feared they would not be able to take care of her due to their age. Pepa was taken by family friends who lived 160 kilometers away. 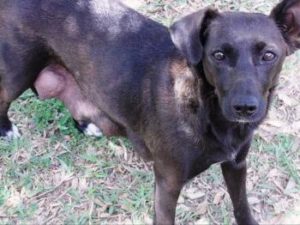 After only a few weeks, Pepa ran away from her new owners. She was found after a while, when she herself came to the doorstep of the elderly family who had rescued her from life on the streets.

The dog had traveled 160 km to return to his family. Such a long way took all her strength, her paws were wounded. People immediately fed and watered Pepa and washed her, after which the dog fell asleep and slept for two days. 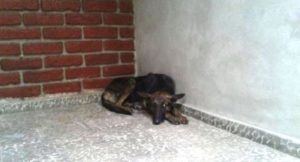 The couple realized that the dog had chosen them as its owners, so they decided not to look for another family for Pepa. They called their friends and told them that the dog had been found and that they would now take care of it themselves.