On the island of Sumatra, a one-year-old baby elephant died of starvation, because of people who thus demanded compensation from the state for fields allegedly trampled by the baby’s parents. 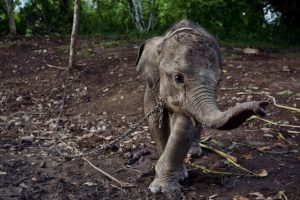 A new scandal between local residents and environmental organizations broke out in Indonesia. Zoologists failed to save a baby elephant captured by villagers for ransom.

Shocking facts of cruelty to the cub were made public by employees of the international charity organization Elephant Family, who found a one-year-old baby elephant chained to a tree with a steel chain.

The baby, to whom biologists gave the name Raja, looked scared and exhausted, excitedly walked around the tree, anxiously waved his trunk and constantly called his mother. The Indonesians chained the cub to a tree with a steel chain, leaving him without food and water for a long time. 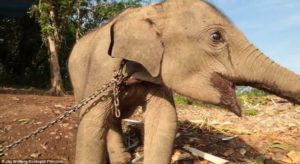 According to eyewitnesses, the baby elephant was crying and calling for his mother.

«Tears were rolling out of his eyes, and I couldn’t hold back tears at the sight of the poor guy,» says Mark Shand, a member of the Elephant Family organization, the Duchess of Cornwall’s brother. 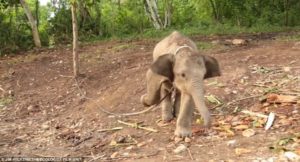 The villagers caught the baby elephant when he and his mother and several other elephants entered a field sown with agricultural crops. Seeing the trampled crops, the Indonesians became enraged and put the cub on a chain, threatening to kill him if the authorities did not pay them compensation for the ruined crop.

Several environmental organizations, including Elephant Family, joined in solving the fate of Raja. Animal defenders tried to establish a dialogue between the authorities and the peasants, as well as to involve the police and release the baby elephant. But their efforts did not bring results.

The inhabitants flatly refused to feed the cub, and a few days later the exhausted Rajah died under the tree to which he was chained. 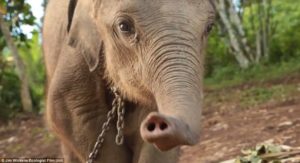 «Give money for the cat’s food,» the poorly dressed old woman begged passersby.
Alina drove home after work, but there was no joy, only irritation. The promotion,
ANIMALS 0 55

A guy jumped into cold water to save a little boy
It was a cold autumn day. Vitaly was taking a walk with his girlfriend
LIFE STORIES 0 35

Barley turned into a gorgeous cat literally from a skeleton
On the way home with his son Toby, Davy Gallant, who lives in Quebec,
ANIMALS 0 6