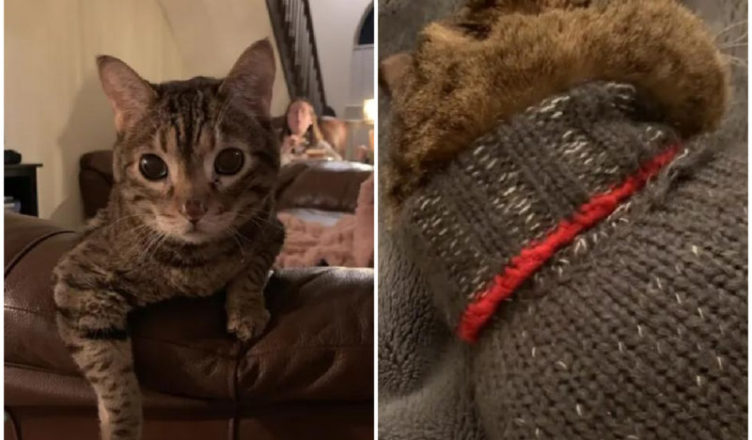 Steve is 18 — an impressive age for a cat. He appeared in our family when the youngest daughter was only 12 years old. Steve was supposed to be a gift for her, but the cat himself became attached to the older girl. They became inseparable. 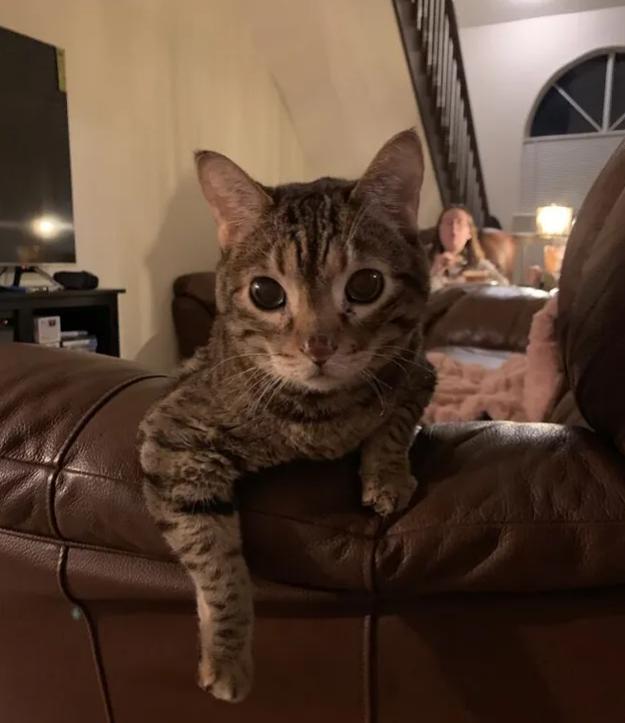 But Steve became famous not for his venerable age and love for the owner, but for his drama. This is due to the fact that the cat literally cries every time his favorite knitted sweater is taken away from him.

Steve got the sweater when they all needed to move. The owner was afraid that the cat would freeze in the luggage compartment, and showed a little creativity.
At first, the cat got used to new clothes, but then he got so used to constantly wearing a sweater that now he makes a scandal when someone tries to take it off. 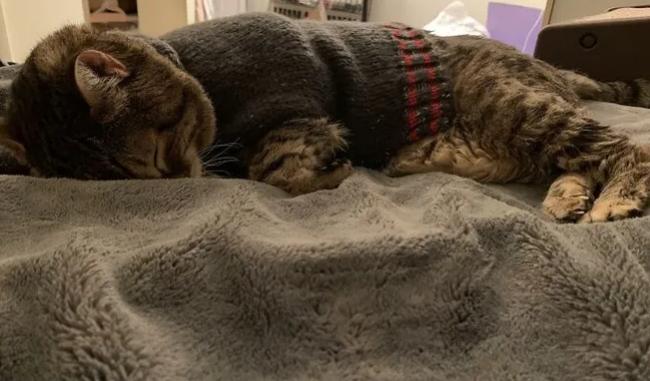 And Steve is also very sensitive to any parting with the owner. When she had to leave for an internship, he even refused to eat. For this reason, veterinarians prescribed antidepressant treatment for the cat. 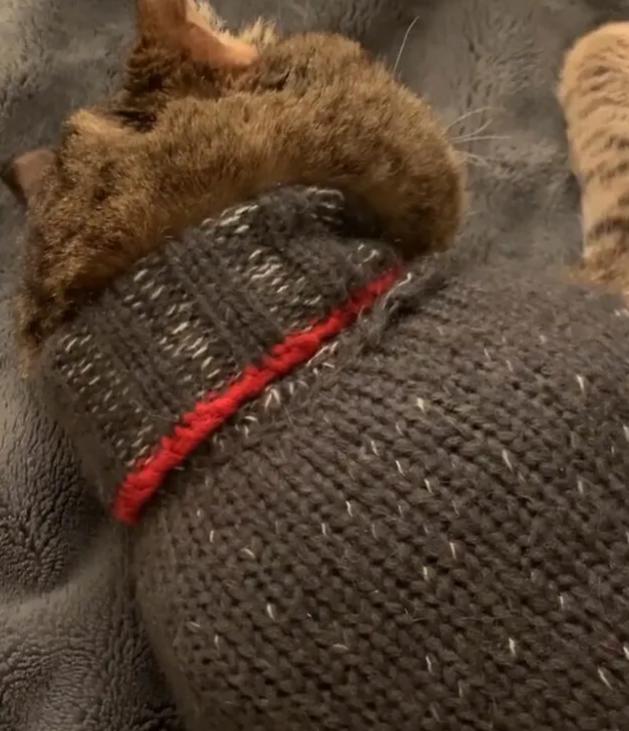 However, when Steve is near his owner, he can get naughty. He likes to meow irritably and walk under her feet, eat plants, jump noisily from the bed to the floor, lick paint and deodorant. And from all this, he is delighted with happiness!