A small elephant fell into a deep hole near a military camp in Jalpaiguri, West Bengal. Sentries were the first to hear the strange sounds. 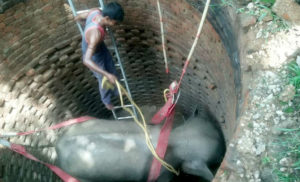 Dozens of soldiers gathered at the edge of the hole. There was no way to get the elephant out without equipment. Food was thrown to him and water was released on a rope. 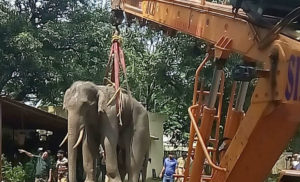 Then they brought a crane and a truck to the hole. Wide straps were put under the elephant so as not to damage the skin. The elephant was secured and the crane began to lift it up. 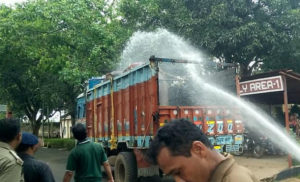 A few hours later the rescue operation was a complete success. The elephant was loaded into a truck and taken to the edge of the jungle.