In the streets of a town in Greece, passersby saw a dog walking slowly, struggling to keep his feet up. After a short time, the large and shaggy animal finally collapsed just outside the porch of a house. 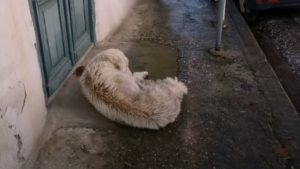 Someone from not indifferent passers-by called the volunteers. And very soon one of the animal defenders arrived on the spot. The dog was just lying on the sidewalk and did not react to the voice and presence of a person.

The woman had no choice but to take the dog in her arms and carry it to the car. 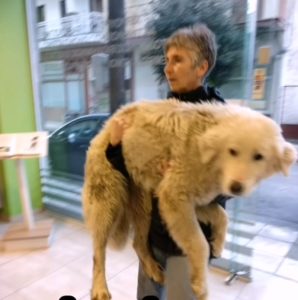 At the veterinary clinic, the dog was named Markella and found that she had seriously injured her paw. After a while, the volunteers found out that the dog had been wandering around the city for quite some time, because her owners had kicked her out. Trying to return home Markella was even hit by a car. But she did not stop looking for her former owners. 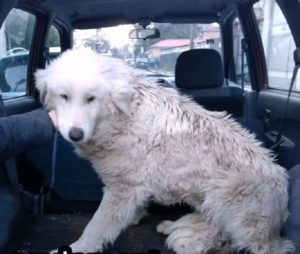 The treatment helped. And soon Markella began to walk on her own. 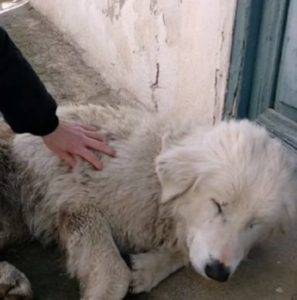 She ended up at the shelter and even developed friendships with other local wards.

But soon she has to part with her new buddies. Markella moves to live in England. 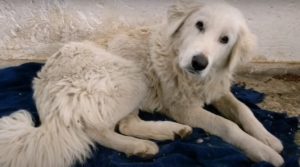 It was in this country that a family was found who wanted to give her a new home. In addition to loving owners in another country, Markella has a new friend waiting for her, a Labrador, who already lives with the family.