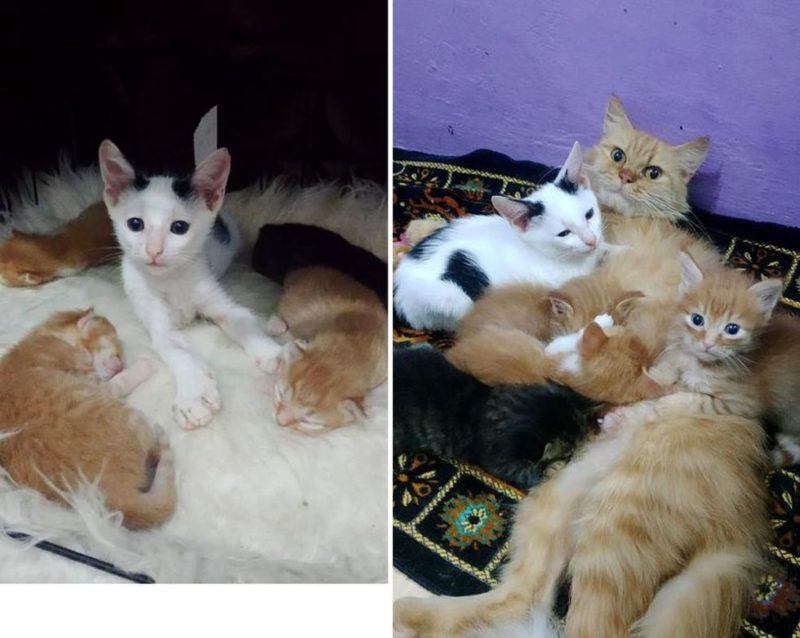 A tiny orphaned kitten made its way to the little kittens and decided that he would become part of their family.

Bella, a lifeguard and nurse from Indonesia, came across a motherless kitten in desperate need of rescue.

The kitten was only skin and bones, very dirty and hungry. “He was about a month and a half old when I found him on the street covered in mud,” Bella said. 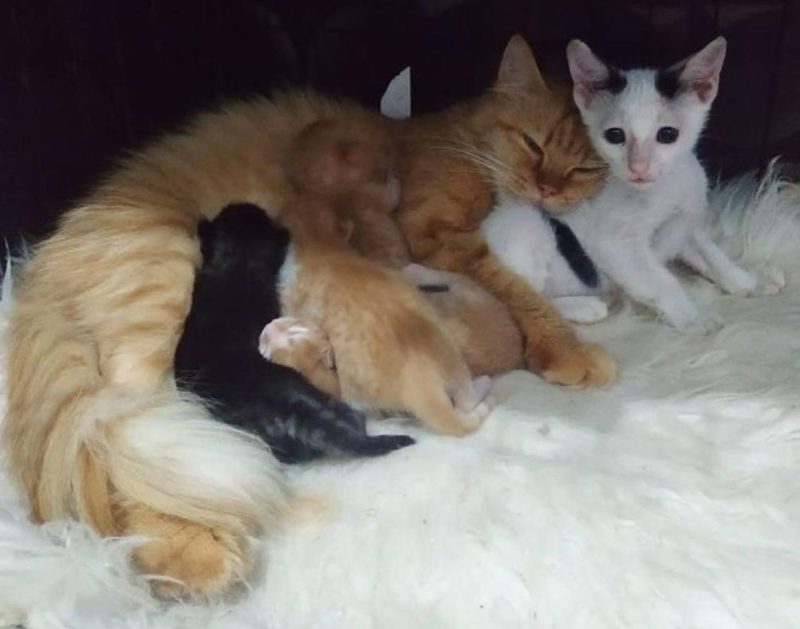 Bella put the kitten in a box and gave him something to eat. The hungry little guy swallowed all the food his stomach could hold.

After cleaning and checking, a kitten named Dani Boy moved to a foster family and had a lot of rest.

After the kitten was sent to the house for socialization. Bella thought he would be in contact with two kittens his age, but little Dani had another idea. 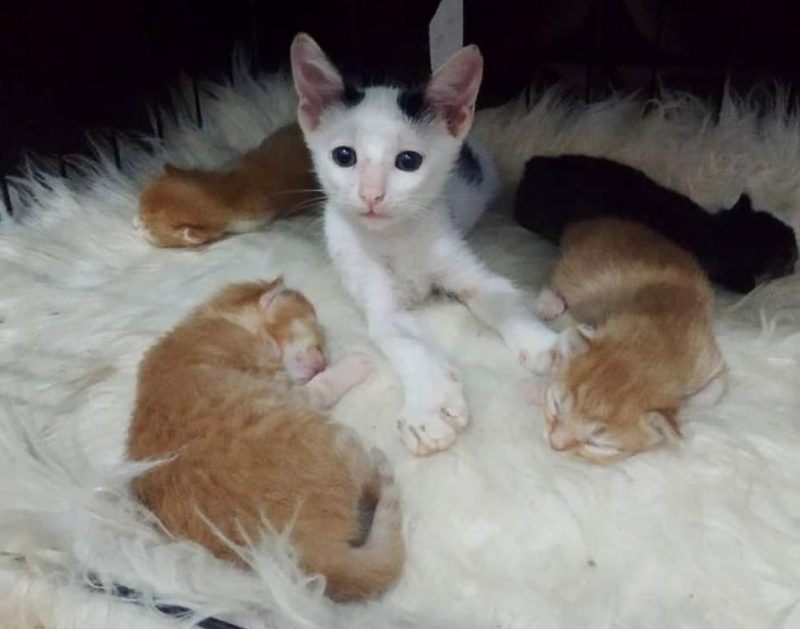 A few weeks before the kitten appeared, Bella took in a pregnant cat that was found abandoned outside. Later she gave birth to a litter of four kittens.

Dani started hearing tiny squeaks coming from the big box where the feline family lived, and noticed that the cat mom loves her babies very much. He was intrigued, and an idea popped into his head. That night he planned an escape. 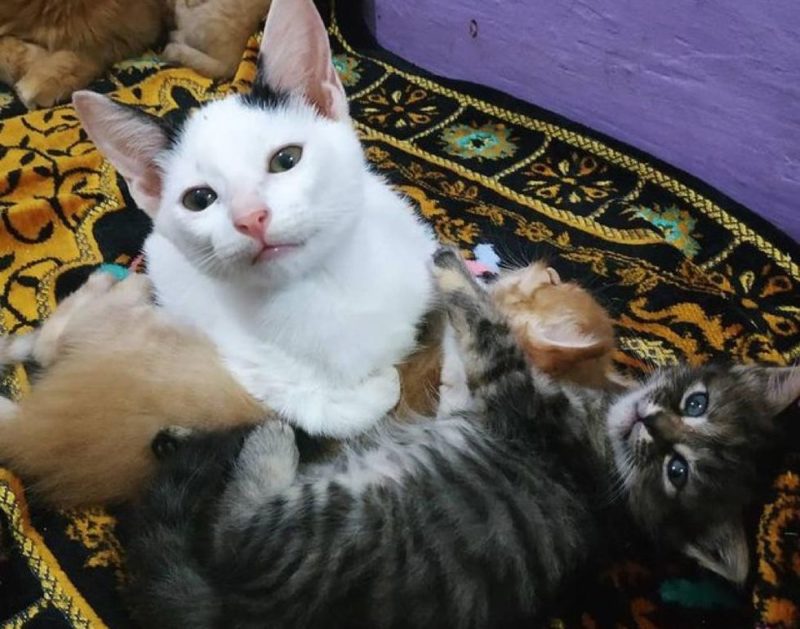 Bella woke up the next morning and found little Dani sleeping with the kittens in a charming purring pile. The big kitten was lying comfortably on his back surrounded by his little new friends. 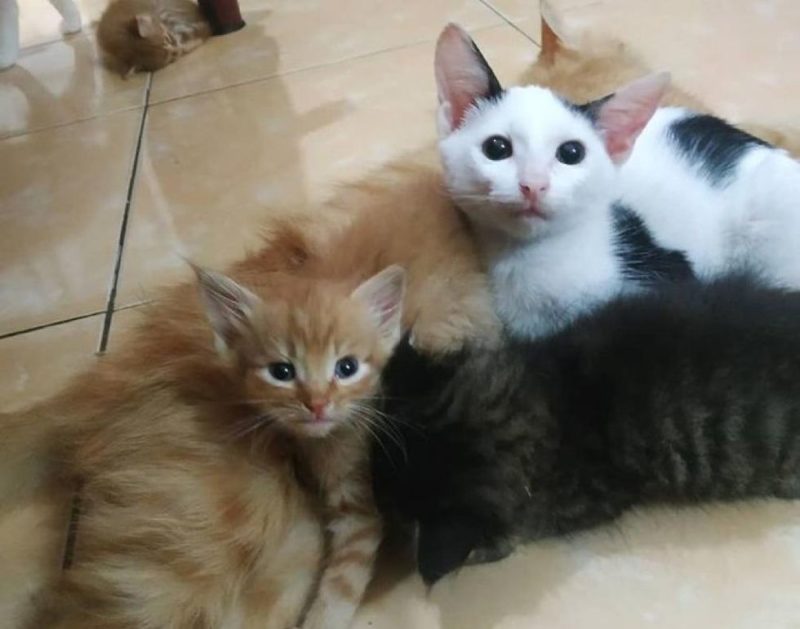 Although Dani had kittens his age to play with,he kept on coming back to cuddle up to the babies, as if he had always been part of the litter.

Mom-cat Yuna did not bother the newcomer and took him into her family with hugs.