This unusual occurrence took place in the American state of Wisconsin in the small town of Sturgeon Bay. Rolf and his four-legged pets had gone to a dog show at the Kennel Club in Wisconsin. 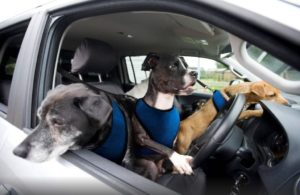 The man treated his pets with love and care and spent a lot of time raising and training them. On his way to the club, he left his car in the parking lot and went to the store, leaving the dogs in the car.

Somehow, the dog, named Billy, managed to take off the handbrake and drive for a few yards before the car was stopped in its path by a gallery building.

A gallery employee called the police to report that a car and a dog had driven into his building. Fortunately, there were no injuries. 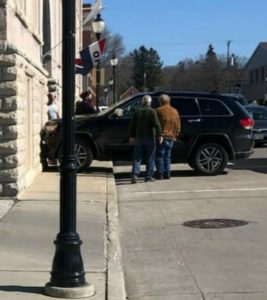 At first the police thought it was a prank, until they were on the scene. Billy the dog was «disenfranchised. But their owner, Rolf, never again leave the dogs alone in the car again.