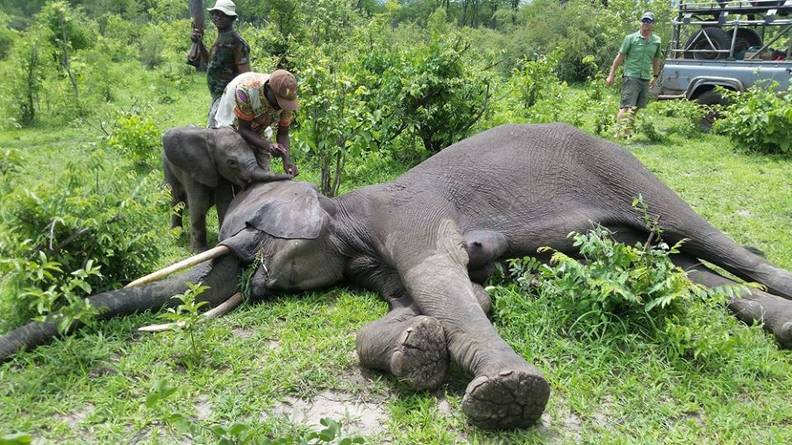 The villagers heard an elephant screaming loudly. And her voice sounded very upset. When they arrived at the scene, they found a baby elephant that was probably about 3 weeks old. The baby elephant fell into the pit. The events took place in the South Luangwa National Park in Zambia.

But it wasn’t the child who made the most noise. The screams came from his mother, who was desperately trying to free her child.

The hole was not very deep. Perhaps it was dug by workers to make bricks, leaving a shallow hole in the ground. On the other hand, the young elephant was too small to be able to get out of the pit on its own.

And as hard as she tried, the mother elephant couldn’t get him out either. 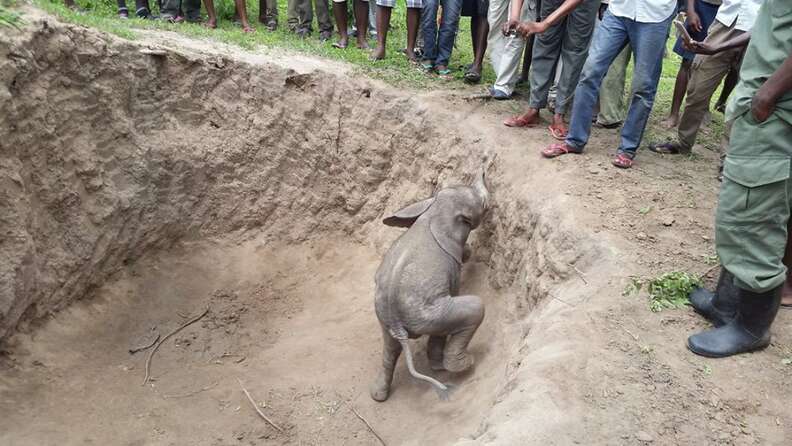 “Mom was in the pit with him and desperately ran around trying to help him. But she also couldn’t cope,” said Rachel McRobb, CEO and co-founder of Conservation South Luangwa (CSL).

CSL team, wildlife veterinarian and park rangers came to the rescue. The first thing they did was to put the mother to sleep so that she would remain safe and calm. Then they helped the baby.

”I jumped into the pit with the baby and asked three guys to help pull him out,” said McRobb. “Then they took him to his mom before we woke her up.”

The young elephant didn’t require much persuading. He immediately rushed to his mother and stayed close to her while the vet administered an antidote to the sedative. 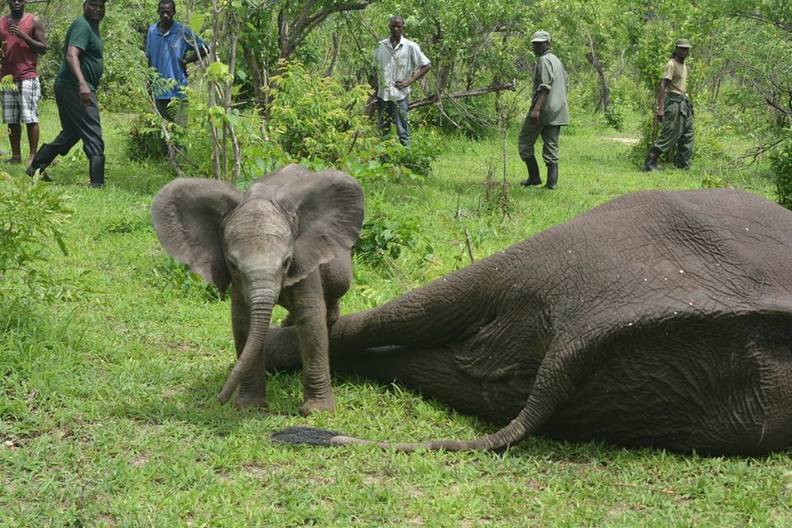 The adorable moment the youngster stepped in and seemingly tried to help the vet administer the antidote before patiently waiting for his mum to come round was then caught on camera.

The baby did not mind Dr Sichande administering the antidote in his presence and ended up getting in the way trying to help. 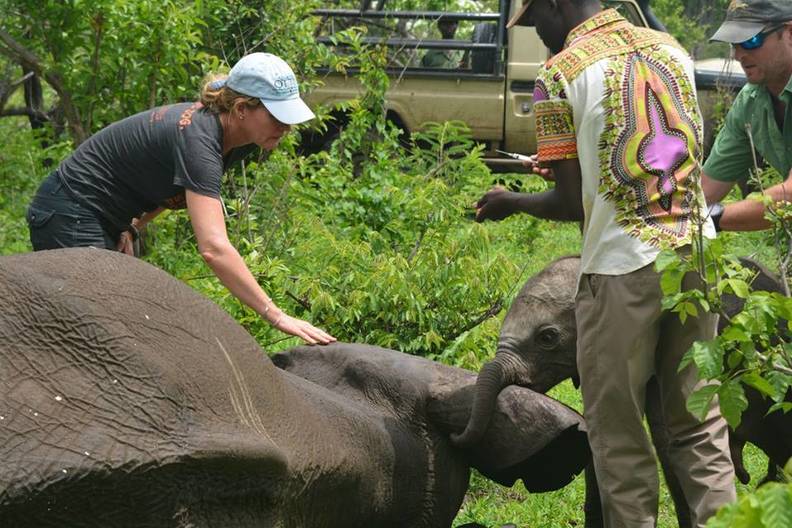 “The most emotional part of the rescue for me was twofold — first watching the baby stand right by his mum while our vet gave the antidote, and secondly the smiles on the faces of everyone who helped,” McRobb said. “It really was amazing and probably the nicest thing that has happened all year for me.”