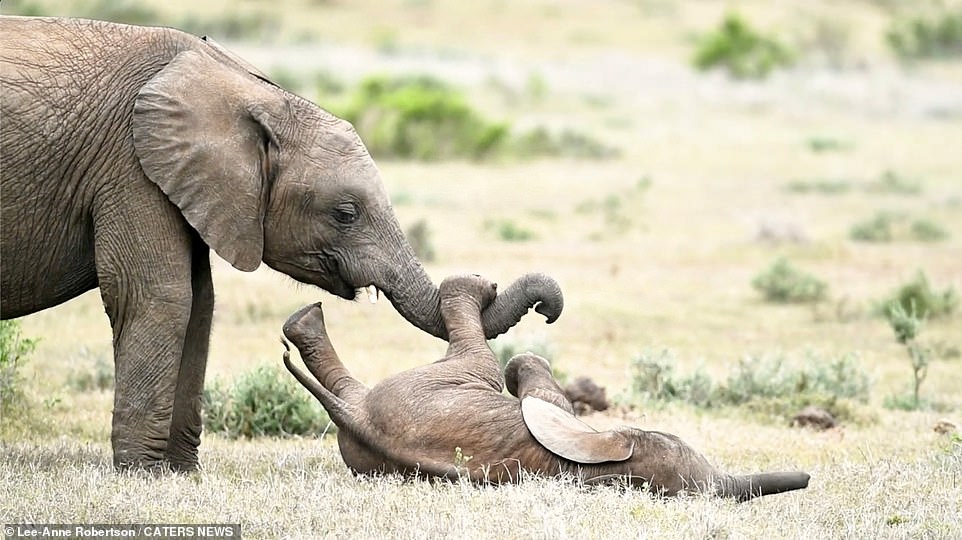 This is the adorable moment where a baby elephant appears to wiggle on the floor with laughter when his older brother tickles him with his trunk.
The moment was caught on camera by wildlife photographer Lee-Anne Robertson, from Sundays River Valley, South Africa.

Looks like the baby elephant was in a playful mood with his older brother in the Addo Elephant Park in South Africa. 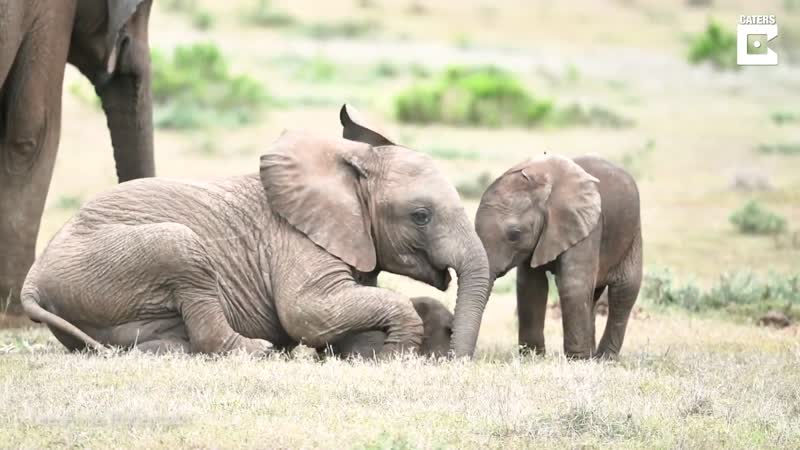 The playful animals were seen climbing over each other during their antics at Addo Elephant park last month.

Lee-Anne said: “I thought he was adorable, just like any baby. He was full of energy and looking for someone to play with.”

“After a while he threw himself down on the ground and his older brother came over and started touching him playfully with his trunk, as if to ask him to come play, to which the baby responded and got up and started climbing on his brother.” 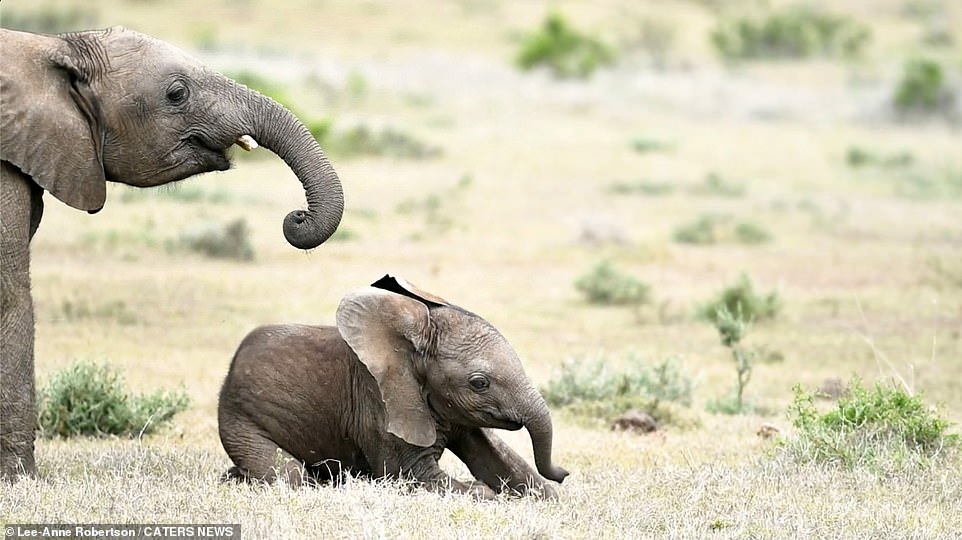 Such lovely moments are very common among the elephant herds. They are very protective animals when it comes to their little ones. Apparently they also very patient and carefully with their younger relatives. 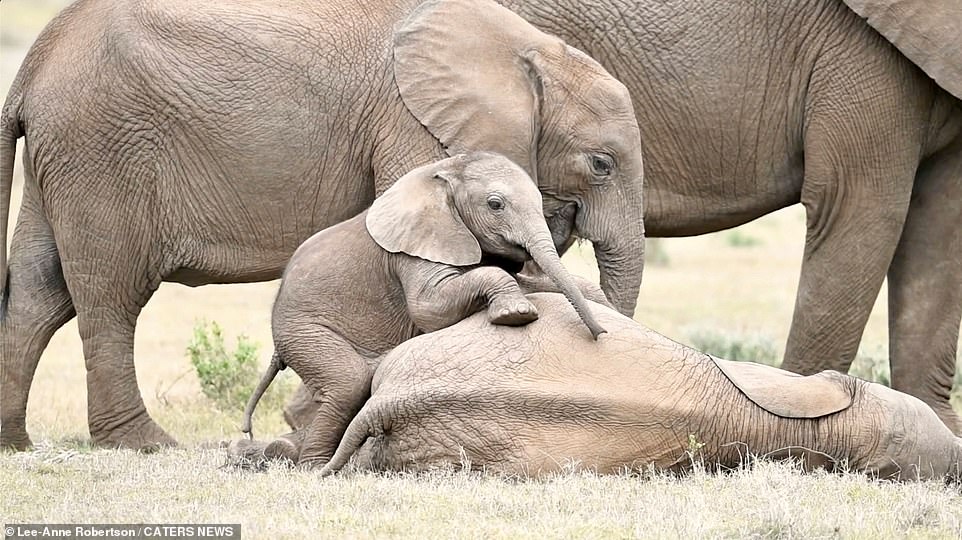 “Babies are protected and loved and doted on which is clear in this video as they mother stands nearby enjoying her joyful little family,” the photographer said. ” Watching these two was a sight to behold. They made me smile, a lot.”

Watch the lovely moment, below: