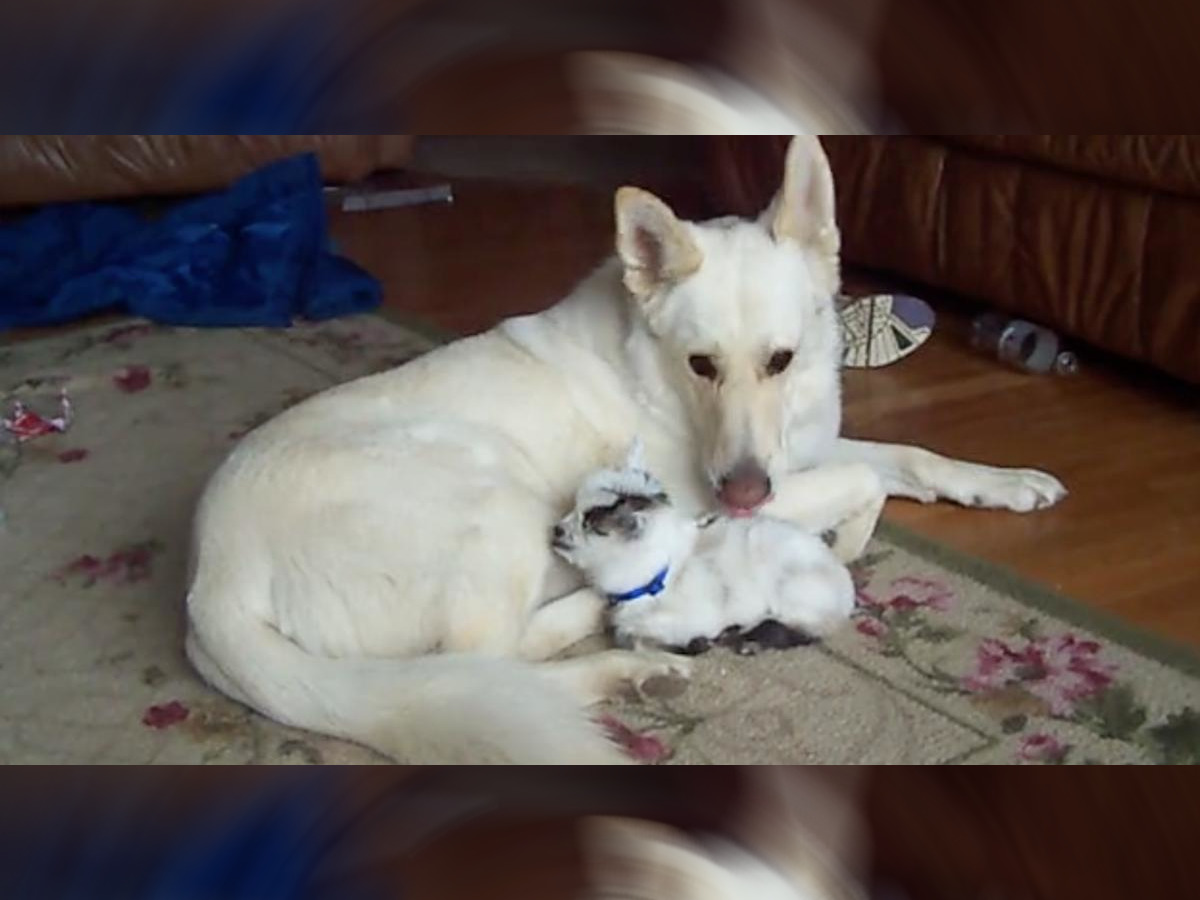 Dogs are very affectionate creatures who like to take care not only of each other, but also of people and other animals too. Shepherds, for example, perfectly cope with the role of protector and nanny.

In our story, the Swiss Shepherd is affectionate with his best (albeit unexpected) friend, a baby goat. 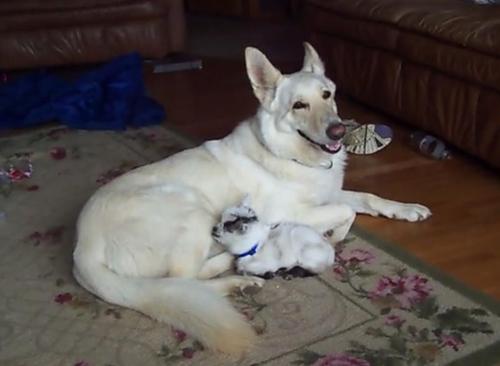 A shepherd dog named Shadow loves this cute little cub. She protects the newborn pygmy goat and even allows her to sleep at her side. 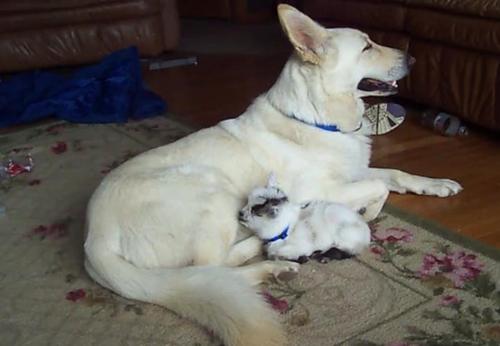 Shadow let her maternal instincts come out with this baby goat. While she has had puppies before, she is currently spayed. Shadow’s owner thinks that maybe she took to the baby goat because she was missing her own puppies and cuddling with them. 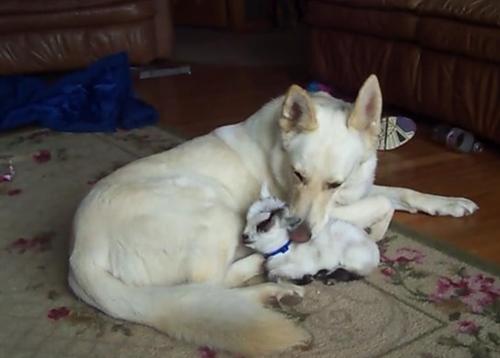 It turns out, the feeling was mutual with the goat. The pygmy goat also had a strong connection with Shadow. The goat even thinks that Shadow is her mom and Shadow likes being around the goat.

Shadow will lick the little goat just like many dogs do to their own young puppies. They do this to show their affection. It also helps them learn the smell of their puppies. So when Shadow licks the goat, this shows that she really feels as though the tiny adorable goat is one of her own puppies!