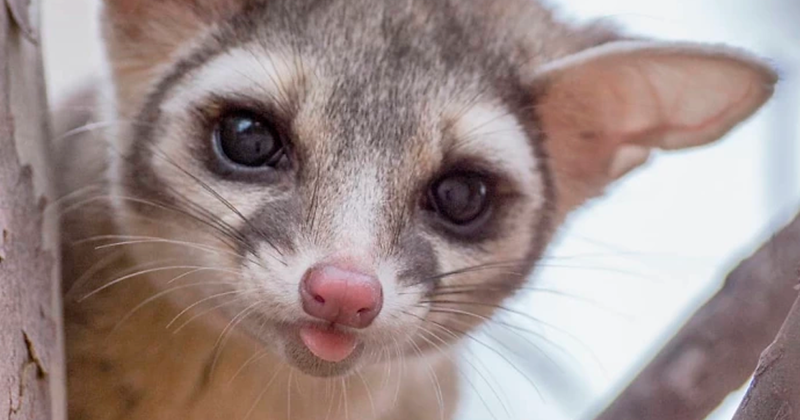 Do you know who is bassariscus? No wonder. This cute animal, which looks like either a big-eyed cat or a miniature raccoon, lives only in North America. And, by the way, it is rightfully considered one of the most charming representatives of mammals there. Let’s get to know him! 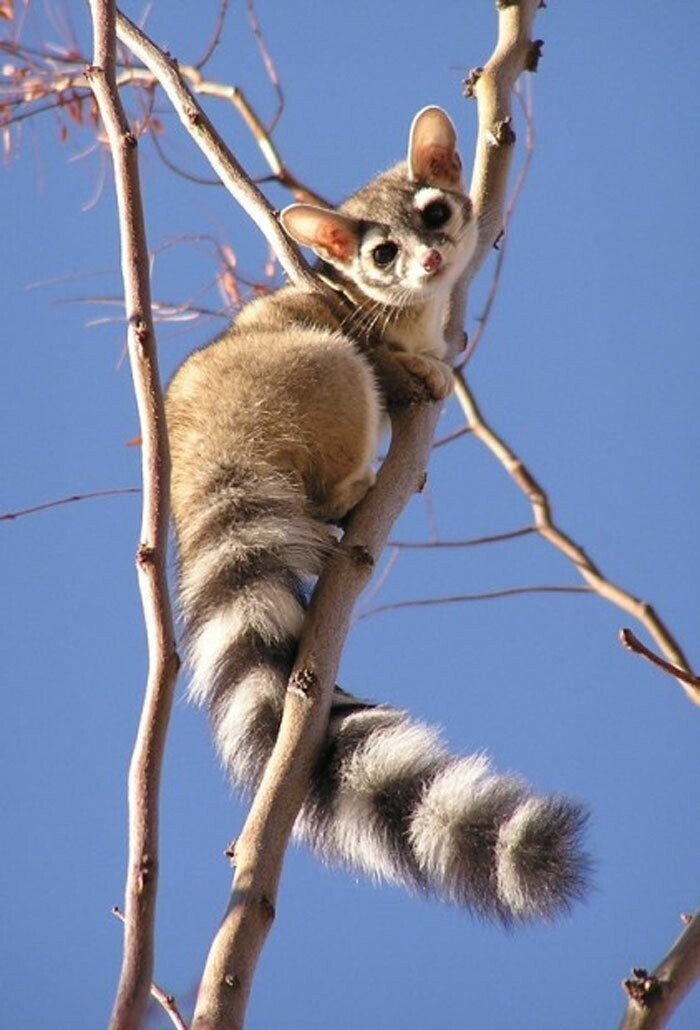 Bassariscus live mainly in the west and southwest of the USA. They are called “ring-tailed cats” here. However, they are not even related to cats. Their closest relatives are raccoons. However, cautious bassariscus is shown to people much less often than raccoons. In their manners, they really resemble cats. For example, some ringtails, just like cats, lick their paws and thoroughly wash their muzzle. 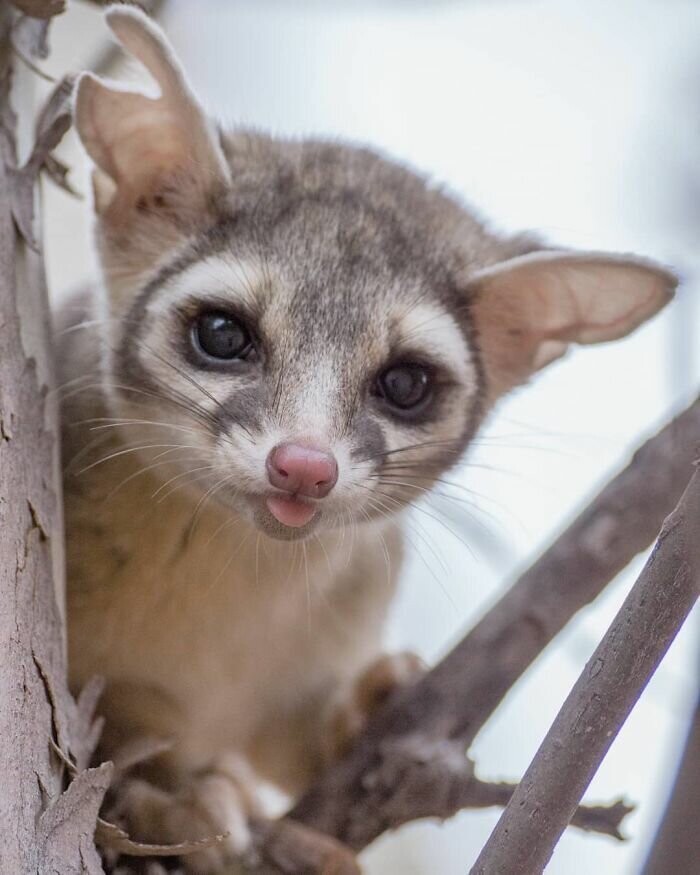 Bassariscus can be easily recognized by the fluffy tail, exceeding the length of the animal itself, huge dark eyes and pointed ears resembling the ears of a fox.Bassariscus  are omnivorous. They are great at running and climbing trees, which makes them excellent hunters. Their menu includes mainly rodents, insects, rabbits and ground squirrels. However, they do not disdain lizards, birds and frogs, and can even catch a snake. However, with no less pleasure they eat vegetable food – acorns, berries and fruits, which are often dragged from orchards. 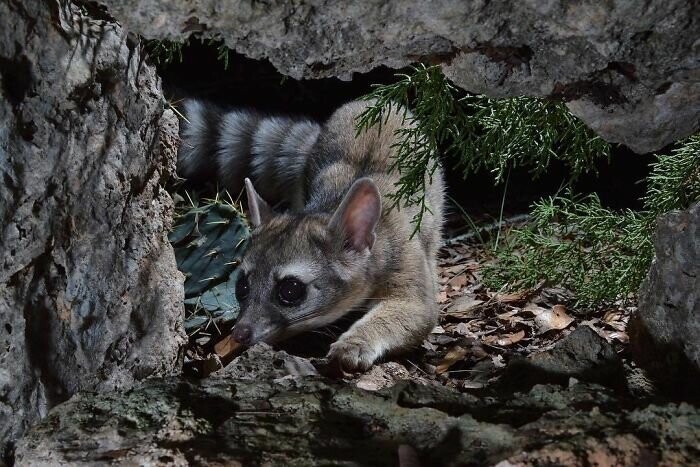 Despite the fact that it is difficult to meet bassariscus, it is quite real to hear him. Animals use a wide variety of sounds for communication – barking, yapping, howling and squealing. When someone attacks him, he lets out a pungent, smelly stream from under his tail and howls so that the blood run cold!