One of Denver’s national park rangers, Salapek, rescued a German shepherd dog. The dog had been hiking with his owner. But due to the lack of water and high temperature, he lost consciousness. The animal could not descend the mountain on its own. Therefore, the ranger had to carry it on his own, although the weight of the dog is about 100 kg. 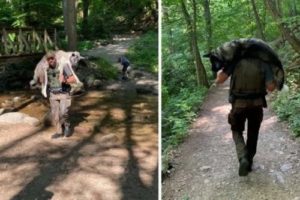 Lexi Daniel went on a hike in the mountains with friends. Their group chose a route in one of Delaware’s national parks. While hiking, the hikers saw a man with a dog. The animal suffered sunstroke and dehydration that made it unable to get off the ground. 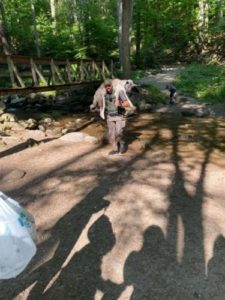 Everyone on the hike gave their water to get the sheepdog drunk. But the sheepdog was in a very bad condition and it was not enough to quench its thirst. 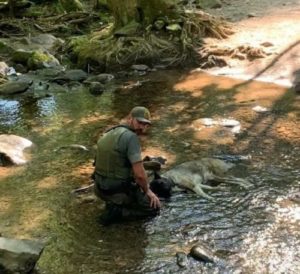 As soon as he learned of the situation, the mountain ranger Salapek went to the place where the group was staying. He knew the area well and decided to take the dog to a nearby creek. The ranger decided that if he could lower the dog’s body temperature, it would feel better. 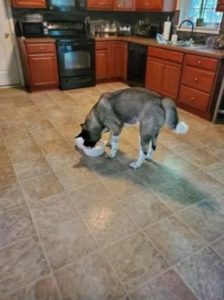 The sheepdog, weighing 100 kilograms, was carried on the ranger’s shoulders down a steep descent. As soon as the man reached the creek, he put the animal on the ground and started pouring cold water on it. He was able to lower the dog’s body temperature enough for him to regain consciousness and they were able to continue their journey down the mountain.