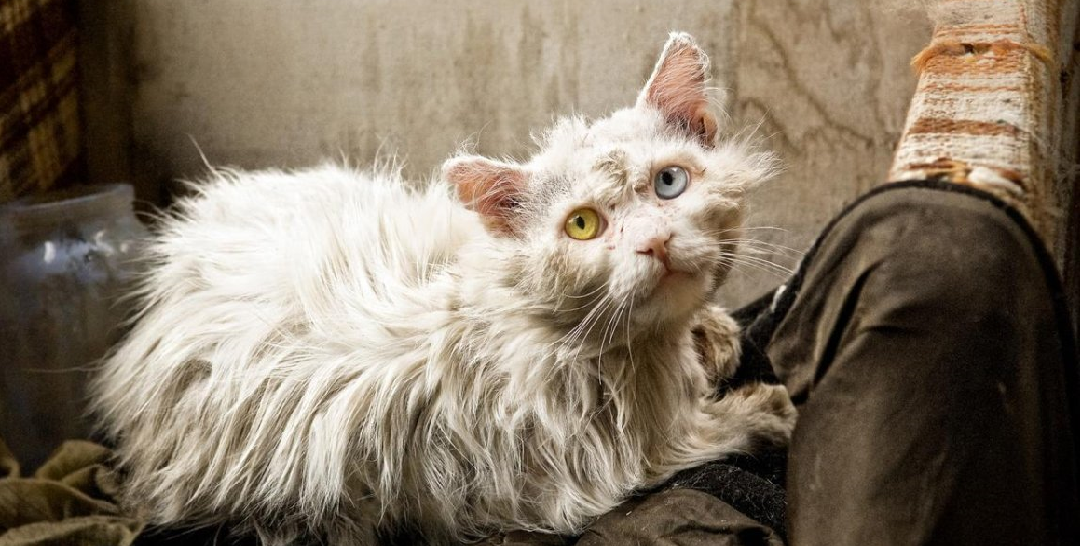 Joe lives in Florida and takes a walk near his house every evening. When the man went for his traditional walk, he noticed a cat walking down the street. The cat was obviously homeless. And, although he was walking quite confidently, Joe noticed that the cat’s eyes were closed. As Joe approached his house, the cat walked by, climbed up on the porch, and began to eat from a bowl that belonged to the man’s cat. This behavior by the cat might have seemed impertinent, but Joe decided not to chase the blind animal away. 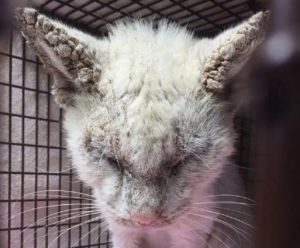 The cat quickly emptied the bowl, so Joe decided to bring him more food. As the cat ate, the man watched him and an idea popped into his head. He decided that he would help the unfortunate animal.

Using the food as bait, Joe was able to put the cat in a carrier and then took it to the vet. The doctors thoroughly examined the animal and said that the vision was not irreversible and with proper treatment it could be restored. The cat also turned out to have a whole bouquet of diseases that are characteristic of animals surviving on the streets. After a while, the cat opened his eyes for the first time.

Joe marveled at the fact that his ward had more than just beautiful eyes. One of the cat’s eyes was blue and the other was brown. Such a phenomenon is rare, especially since no one expected such a thing from a skinny street cat. As soon as the cat saw the world around him, his behavior changed immediately. He began to purr, to caress people, to show his love in every possible way. 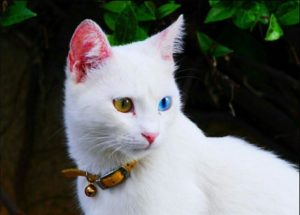 The man decided to keep the cat. He named him Cotton. The treatment took more than a month, but all the illnesses are gone, along with the memories of street life. Cotton became a pet that is bathed in attention and affection. Joe, the other cat, loves to go for walks outside, but Cotton can’t be lured there. He’s probably spent too long away from home.