Svetlana contacted the volunteers and asked them to help the cat. But because of the icing on the roads, help could not come. Two days later, the woman called again and asked to hurry up, saying that the animal comes to her every day and seems to be asking for help, and the problem, which was a large growth under the tail, is only getting stronger. A sharp unpleasant smell came from the cat. Therefore, Svetlana did not dare to take her into the house. But she let me warm up in the barn. The cat came to the barn, warmed up, and then left again.

Natalie, who came to pick up the cat, could not visually assess the complexity of the problem. After all, all that was visible was a huge lump of wool and feces, strayed under the tail. The smell from the cat was really creepy and the woman drove all the way to the vet, covering her nose with a scarf. 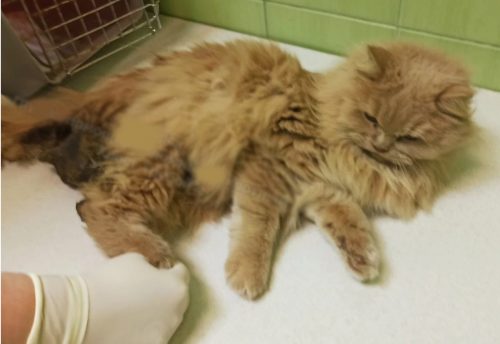 The doctor’s examination brought good news – there is no loss, only a lump of fur and traces of emptying of the stomach, which became larger every time the cat went to the toilet. The operation did not have to be done. The cat was simply shorn and sent to overexposure, where it was thoroughly bathed and combed out.

The saddest thing about this story is that the cat is perfectly healthy and it doesn’t look like she originally lived on the street. Perhaps, as soon as a problem was formed and a bad smell came from the animal, the owners, instead of washing and cutting it, simply closed the door in front of her nose. If the caring woman had not told the volunteers about the animal, perhaps the fate of the cat would have been much sadder. 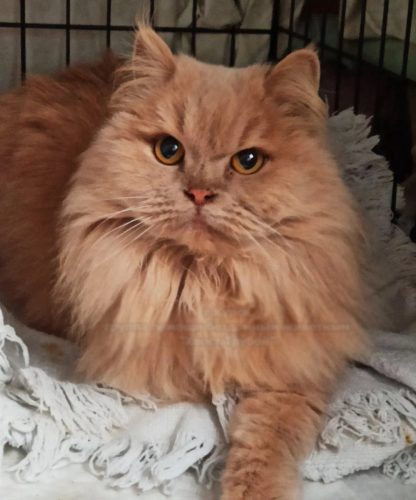 In severe frost, the animal would continue to drag a huge lump behind its tail, which would constantly get wet, freeze and increase in size.

ANIMALS 0 59 views
A sad story happened to a dog named Bruno. He suddenly lost both his