In early March, a violent tornado swept through Tennessee, the home state of Eric and Faith Johnson, leaving many homeless. Their Australian shepherd dog, Bella, helped them escape by getting their attention minutes before the tornado hit their house. 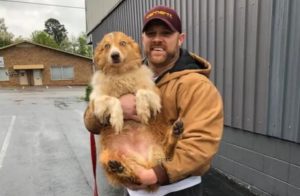 They hid in the bathroom, but their house was almost completely destroyed. But the most terrible thing was that the wind carried the dog away. They spent two whole months with hope in their heart, looking for a pet, putting up flyers and asking around the neighborhood. 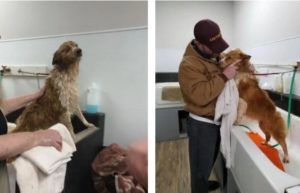 On the 54th day of her disappearance, they received a call from Sarah Romain, a family acquaintance, with the great news that Bella had been found and was alive. The dog was found eight kilometers from their house in a very frightened state. 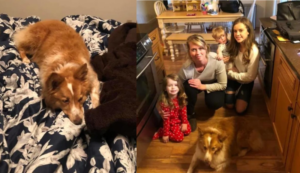 Because of her stressful condition, Bella did not immediately recognize her owners. And they had to catch her to take her home. At the moment the dog has fully recovered and and is happy to be with her owners again.

ANIMALS 0 44 views
That day, Natalya was late for work, and she returned home after dusk. In