On a Monday morning last November, Björn Wall of Sweden was washing his ATV in his garage in Okelbo, Sweden. In the middle of the job, Björn suddenly felt that things were not as they should be. He felt dizzy and numb all over the right side of his body.

Björn put the work down and staggered back toward the house. 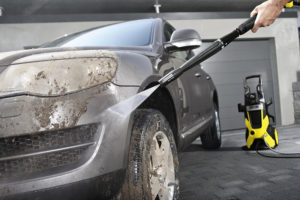 “To get into the house from the garage, you had to go through the laundry room. And I didn’t get any further than that. I was lying on the floor in the laundry room,” the man recalled.

Bjorn was paralyzed on the right side of his body. His cell phone wasn’t with him and he couldn’t call for help. 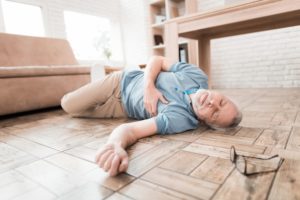 Fortunately, the family has a 5-year-old dog, Gibson. And when Gibson saw the man lying on the floor, he knew something was wrong. Gibson started running around the house and barking loudly.

On the second floor, Bjorn’s 19-year-old daughter Emilie was asleep. She woke up to loud barking and went downstairs to see what was causing Gibson to bark so loudly.

Then she found Gibson running restlessly, continuing to bark. The dog headed toward the laundry room. It was clear that he wanted to show Emily something. She followed him and there she saw her father lying on the floor. “I was completely shocked. Dad was conscious, but didn’t respond when I spoke to him. He could only nod,” she told the Swedish newspaper.

She immediately called emergency services, and 20 minutes later an ambulance was outside the family home. Bjorn was taken to the hospital, where he was diagnosed with a stroke. The situation was life-threatening. And Bjorn probably would not have survived if he had stayed on the floor much longer. But Bjorn survived. After three months in the rehabilitation ward, he was allowed to go home. He is still on sick leave and has difficulty moving his right arm, but his life is saved. And it’s all because of Gibson.

“The fact that Gibson found me on the floor and started barking, it saved my life,” he said.