A Canada goose flew right into the middle of the bull pasture. Naturally, the large horned animals became interested in the intruder. But the main surprise was ahead of them. In the video, the goose calmly chased the herd away. 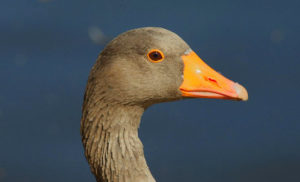 The video was shot by a farm owner who was just about to gather the herd. Before his eyes, a large Canada goose flew in and landed not far from the bulls. 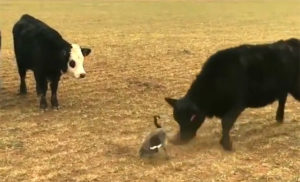 The entire herd surrounded the bird. But the goose looked perfectly calm. The bulls began to take turns trying to chase the bird away, which only occasionally flapped its wings. 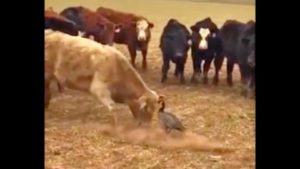 The goose did not give the bulls a single meter. It was as if the bird aimed to leave the whole field behind.

In the end, the bulls simply dispersed to the side. The bird’s fearlessness clearly put them on edge.