Last April was overcast and cold. On one rainy day, a puppy suddenly appeared in our yard. The baby was left in a cardboard box in the yard. He was soaking wet and shivering from the cold.

I felt sorry for the little guy, but all I could do was give him something to eat. My daughter and grandson, a 4-month-old baby, came to visit me. And the unfamiliar dog was not the best neighborhood. We were helped by an elderly neighbor who agreed to take the dog and set up a warm place for him in the barn. 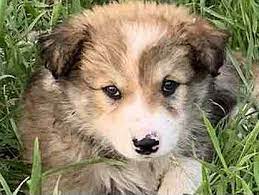 We agreed with the neighbor that the puppy would stay with him for a week. And then we would drive into town and take the dog to a shelter down the road.

A week later we came to get the puppy, but the man refused to give him back. During this time the lonely pensioner became so friendly with the animal that he decided to keep it. Such a turn of events only made me happy. The puppy now has a home and our neighbor has good company. 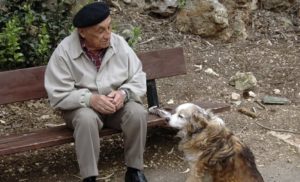 The old man and the dog quickly became best friends. The dog was named Dick. Soon a sturdy puppy kennel appeared in a neighbor’s yard, the size of which could accommodate a couple of adult dogs.

Dick responded to the care of his owner with selfless love. The dog always accompanied the pensioner. They walked together and went to the store. Dick would always sit on the porch and wait for the man to finish his shopping, looking at the door as if he had not seen his beloved for a long time.

We offer you relaxing music