A French bulldog named Sonya knows how to skateboard. The dog skillfully stands with her paws on the board, accelerates and rolls. The owner of the four-legged friend claims that no one trained her, and she mastered the extreme sport on her own. 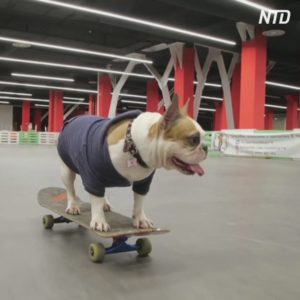 “I’ve been skating myself for a long time. We have skateboards in our room, which she’s been interested in since she was a year old. She started jumping on it, riding it. When I took her to the skate park, she started taking boards away from the guys. I was insanely embarrassed that she was ruining other people’s skateboards. I had to get a skateboard for her, too,” said the dog’s owner. 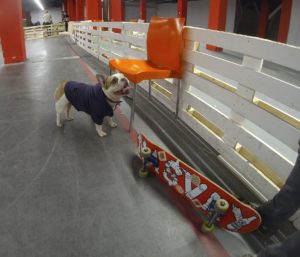 Nothing can distract the dog during skating, not even food. All her attention is focused only on the board. If she is not given a skateboard, she begs for one.

“She disregards safety rules, skates without a helmet or clothes. We don’t encourage it, but she likes the feel of the wind. She has a few sweatshirts and T-shirts, though. She’s smooth-haired, so she needs the extra warmth,” the guy noted. 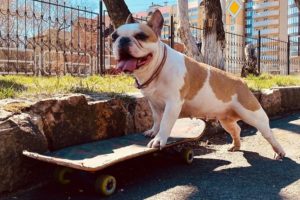 Sonya came into the man’s life five years ago. Once he decided to give his wife a tailed friend for her birthday.

“It so happened that my wife dreamed of a French bulldog, and I decided to fulfill this wish. When I arrived at the breeder, I saw the way Sonya looked at me, and immediately I wanted to take her. At that time, there was no question that she would be a skateboarding dog,” said Dmitry. 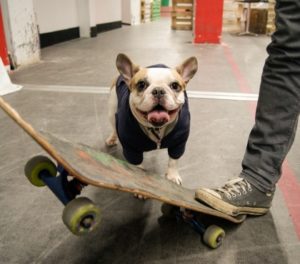 Sonya has a good skateboard. Her owners tried to get quality equipment right away. In addition, there were some accessories at home as well.

“She gets very excited when I go skating, she always comes with me.” – said the doggie owner.

POSITIVE 0 5 views
Unfortunately, not everyone manages to become parents just when they want to. Situations are

Husband teases wife for “eating like a pig” until one day he finds her passed out on the floor
Jenny had always been a curvy girl. She was a beautiful woman who enjoyed
LIFE STORIES 0 55