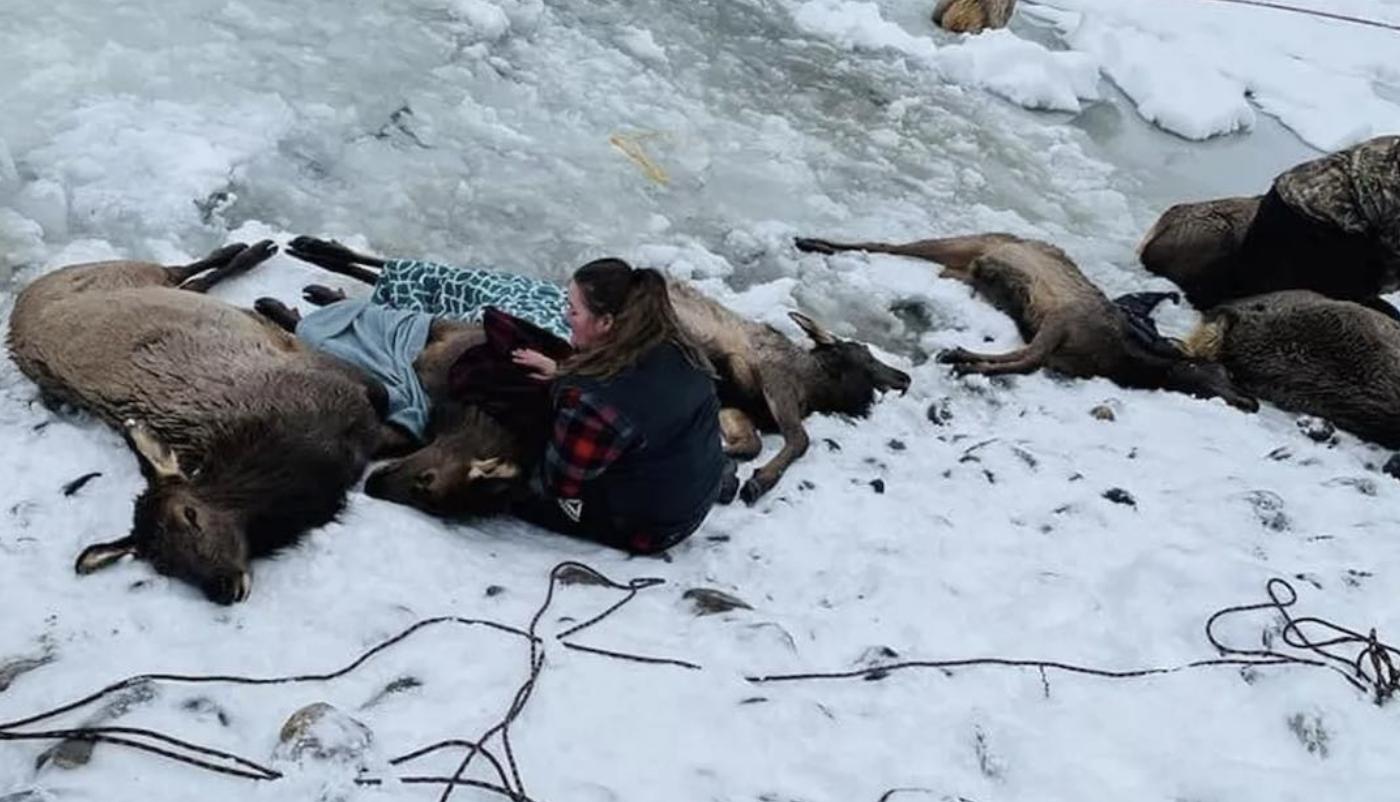 Riley Stewart is a resident of Barstow, a town in the U.S. state of Washington. One morning she was driving her car past the local Kettle River. The reservoir froze and was covered with ice. Therefore, a herd of moose decided to cross it to get to another part of the forest.

Many animals managed to carry out their plans. But twelve individuals failed and ended up in icy water, surrounded by blocks and fragments of ice. Riley saw this picture. First she contacted the Washington Department of Hunting and Fishing. But they reported that the employees are not going to interfere with the natural processes of nature.

Stewart did not want to leave the moose and condemn them to certain death. She called friends, acquaintances and relatives, inviting them to the river to organize a real rescue operation. The most caring people responded to Riley’s request. Rescuers, armed with ropes, a tractor and kayaks, began to pull the moose out of the river. 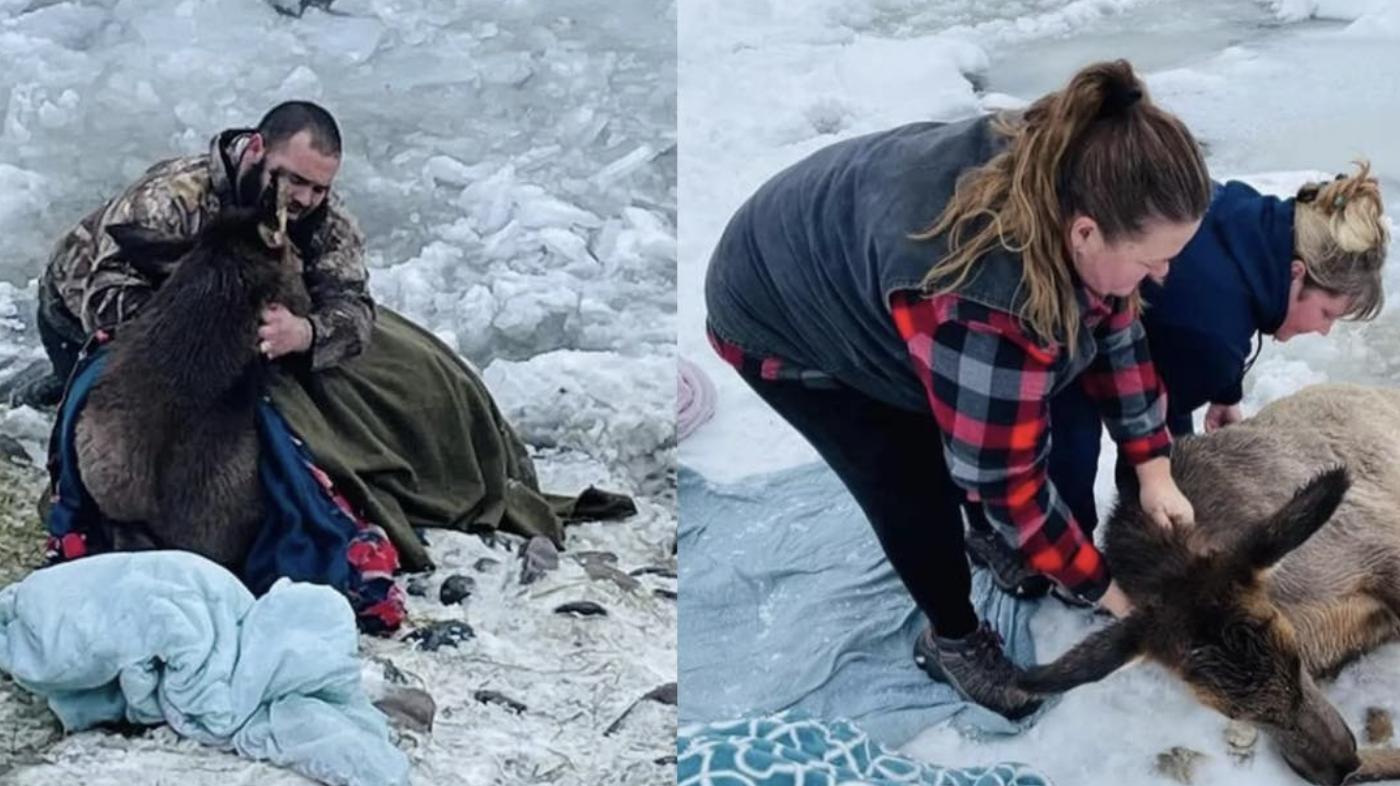 In total, six animals were saved. The other six were recovered from the water by other kind people. The moose were scared and exhausted. At first, many of them just lay there and didn’t move. All participants of the rescue operation covered the frozen animals with blankets and warmed them with their own bodies. Soon the moose came to their senses. But a very small calf warmed up the longest. 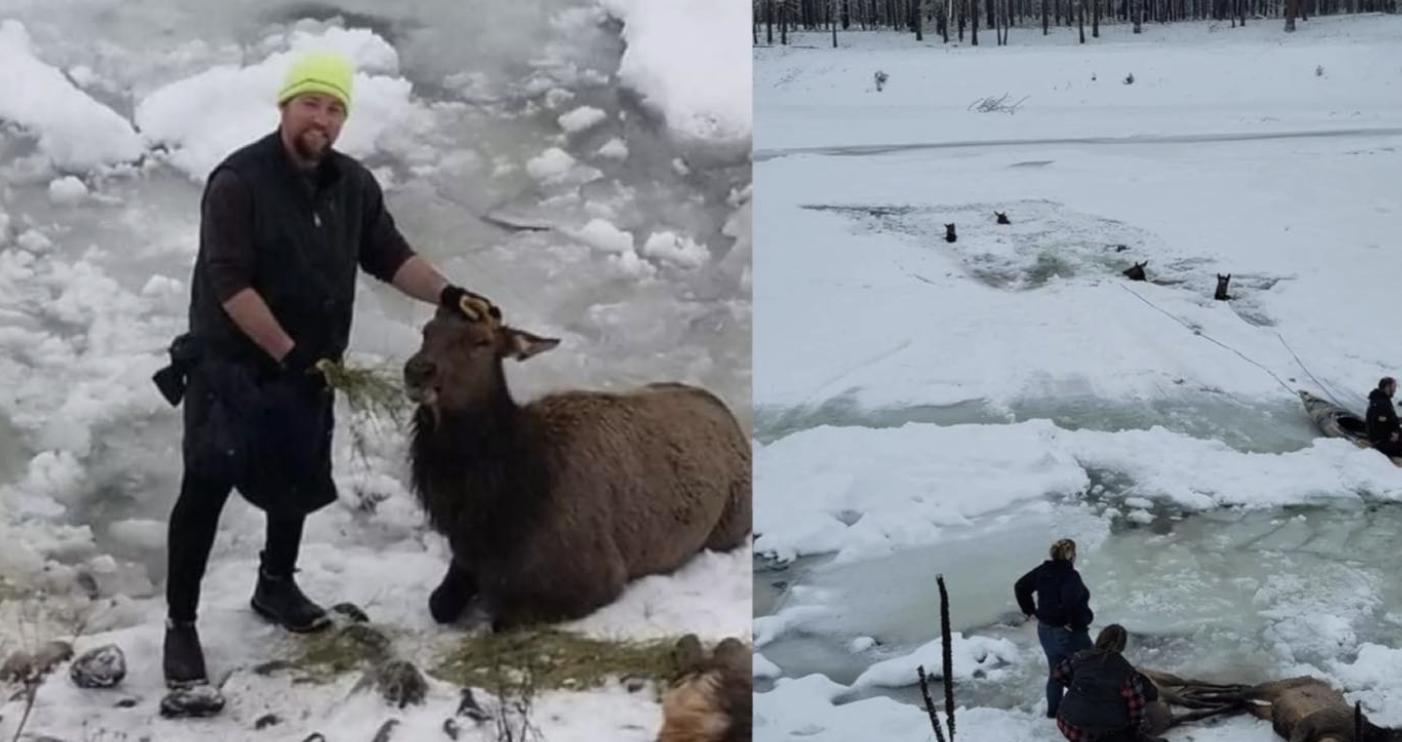 Later, the animals were offered food. Then they all left the river. But surely they were grateful to their rescuers for the chance to live. And Riley and all her assistants do not regret at all that they spent the holiday in the cold and damp. They did a worthy deed – they saved several lives.