It is believed that cats are almost impossible to train. From this you can come to the conclusion that they are not so good actors. However, do not be mistaken, because many whiskers are not just turn the tail in front of the camera, but also fell in love with many viewers. Cat actors are quite able to cope with a variety of roles in cinema. Let’s take a look at the cats that are well remembered by viewers. 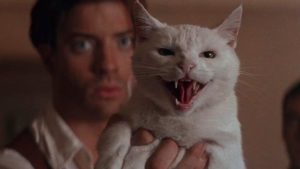 Argus Filch and Mrs. Norris, Harry Potter and the Prisoner of Azkaban, 2004 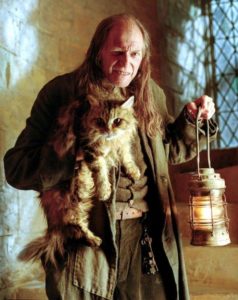 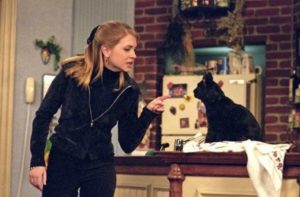 During the filming of this series, as many as 7 real black cats, 2 models and 2 stuffed animals were used. 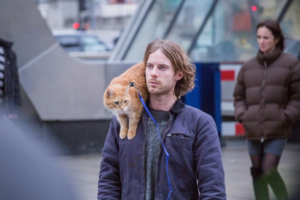 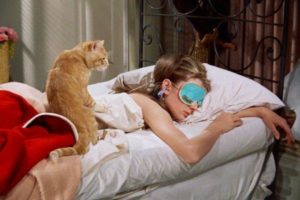 Orangie the cat is a real star of cinema, who can compete with any actor in the number of films filmed. After all, this cat has about 500 films and programs to his credit. And once he was just a street cat, who could not even imagine that in 1951, will participate in the casting for a role in the movie. And it would only be the beginning of his successful career.

For the role of the cat actress Audrey Hepburn in the movie “Breakfast at Tiffany’s” Orangie was awarded his second award “PATSY Awards”. This award was given to animal performers in film and television roles. 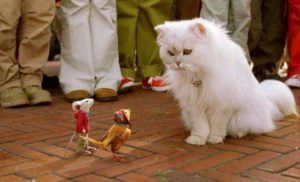 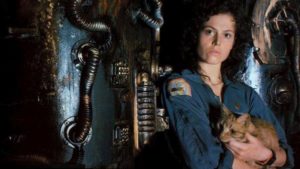 Another beloved ginger cat named Jonesy, who became the mascot for the crew of the ship Nostromo and survived with the main character in a battle with the xenomorphs. 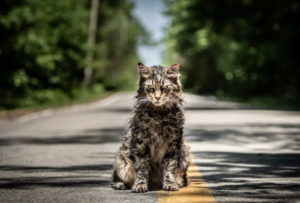 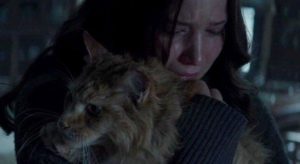 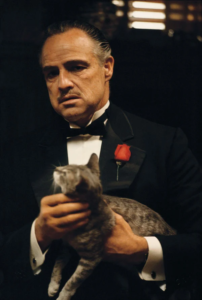 A funny fact is that originally in the script of The Godfather, no cats were supposed to be in the movie. But the director accidentally noticed a cat in the studio, after which he decided to put it in the hands of the main character, completing the image of a gangster. And he hit the bull’s-eye! After all, it ended up being one of the most memorable shots of the film.

Kitty with the funny name Bummer, “Meet the Parents,” 2000 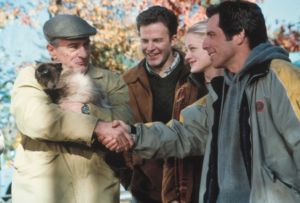