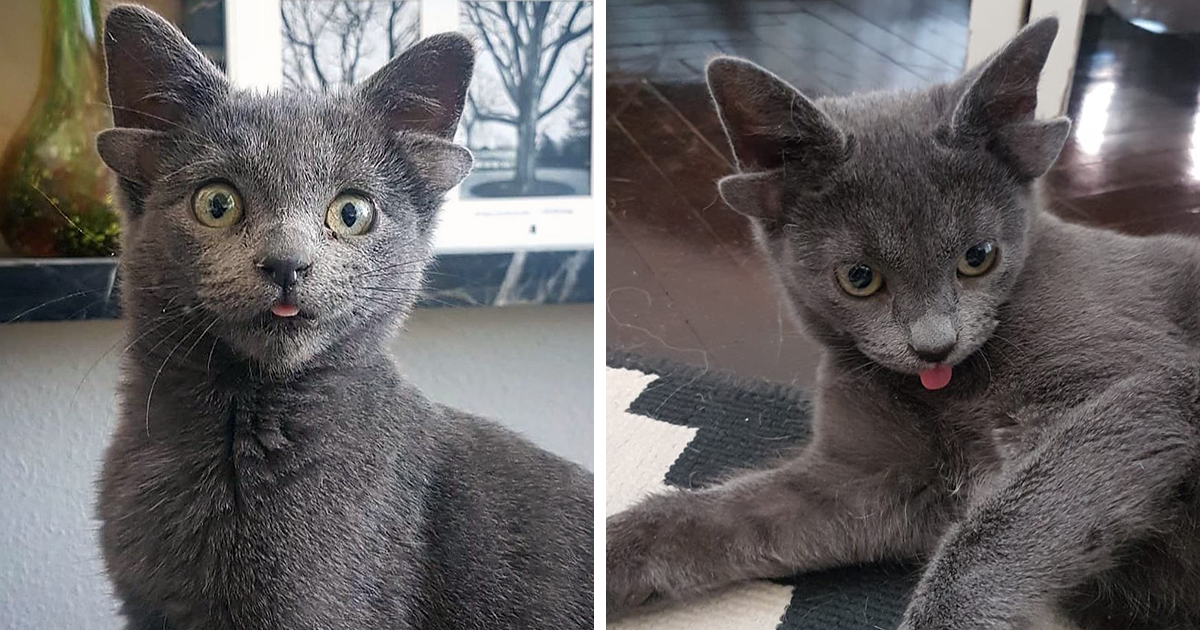 Midas is a special kitty who was born with four ears. This unique feature has brought the cat popularity. What a miracle!

A kitty named Midas was born with four ears due to a genetic mutation. As a result, she has normal large ears, and next to them a pair of small ones. In addition, the kitty has a deformed jaw. But all these features do not prevent her from enjoying life. 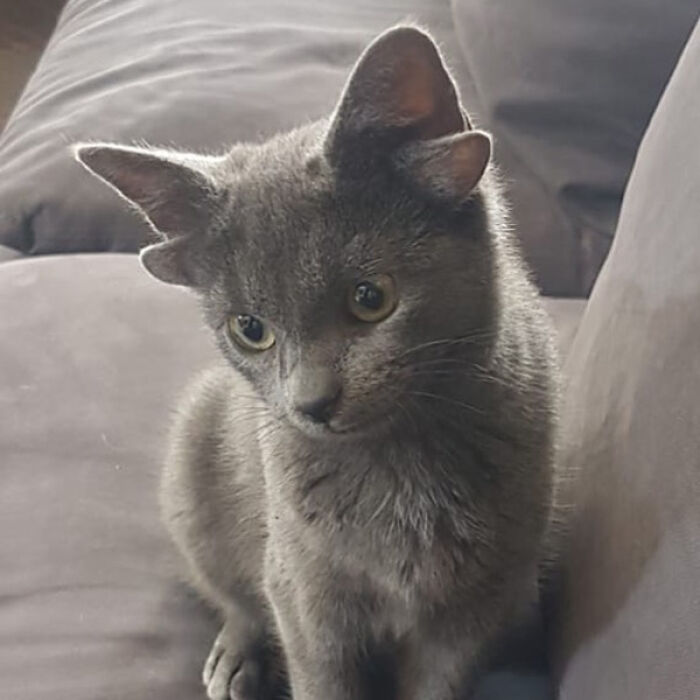 The owner once rescued Midas from a shelter. Now the cat lives in love and care. The vet’s examination revealed the unique structure of the cat’s ears. The doctor determined that all four auricles are connected to the ear canal. At the same time, Midas hears perfectly. She is a very active and sweet girl. 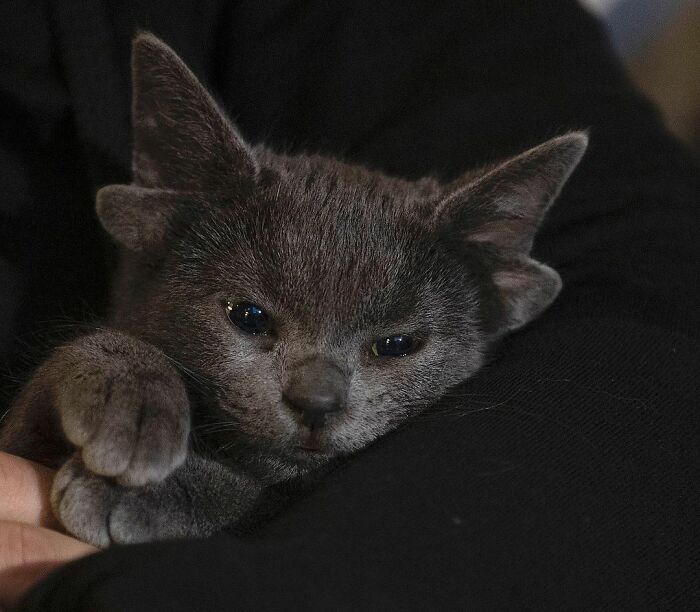 The owner publishes a photo of Midas on Instagram, where she has already gained more than 130 thousand subscribers. Everyone is surprised by the unusual appearance of the kitty. After all, she really is a beauty, as if she came from another planet!

The owner of Midas shows by his example how great it is to take animals from the shelter. Even if they have developmental peculiarities, they deserve the greatest love. 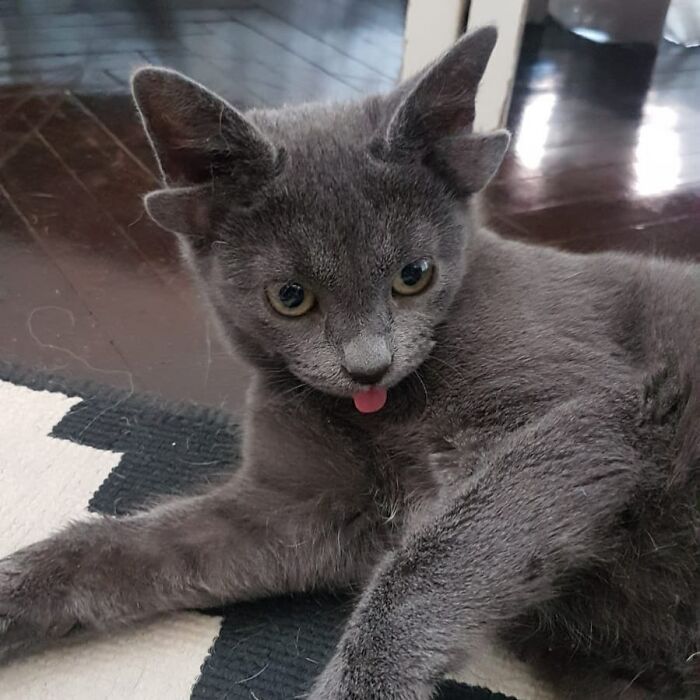