Elephants are cute when you look at them from afar. But a giant animal walking in the courtyard of an apartment building can pose a serious danger to people. Fortunately, a cat came to the rescue of the owners. 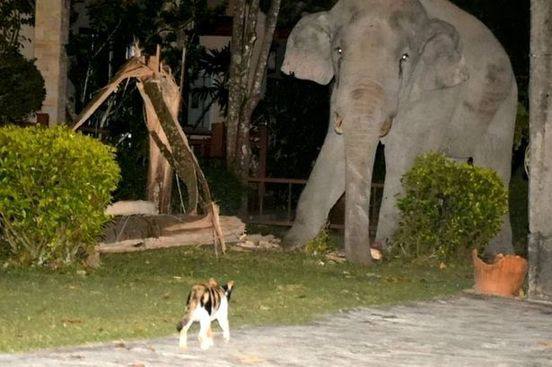 Last week, an unusual incident occurred in the Thai province of Nakhon Nayok. At night, a four-ton elephant named Pai Salik, known for his «love of adventure», climbed into the garden of a local ranger.

In search of food, the 35-year-old giant began to demolish buildings and destroy trees. 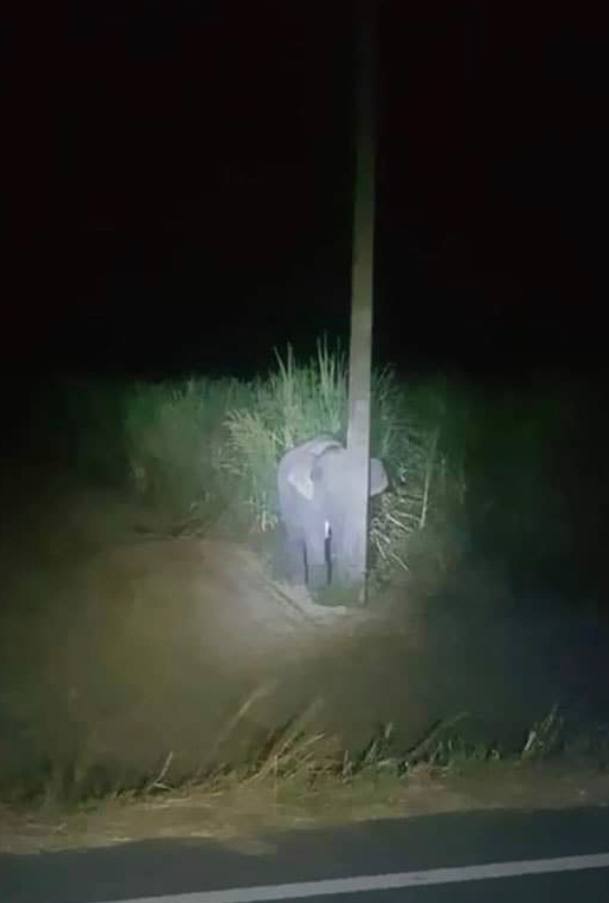 It is unclear how this story would have ended if another ferocious beast had not come to the aid of the owners — a three-year-old cat Simba, named after the famous Disney lion cub.