Veterinarians at Sedgwick County Zoo in Kansas, USA, captured an emotional video of the moment Mahale the chimp sees his newborn cub after two days of separation.

Mahale’s birth did not go according to plan. The chimpanzee had to have a C-section. But the troubles didn’t end there. The newborn was also found to have breathing problems, so the baby was monitored by the zoo’s medical team for two days until he was able to meet his mother again safely. 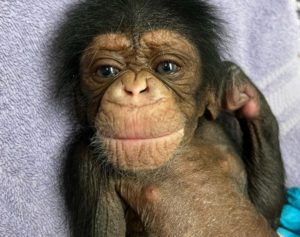 When she noticed that her baby had been placed in an orphanage, Mahale the chimpanzee hurriedly rushed to pick him up and hug him tightly. 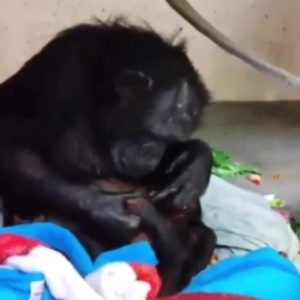 Sedgwick County Zoo reported that the cub was named Kucheza, which means “play” in Swahili.

“Mahale is an exceptional mother and it is clear how much she loves her baby.”

After this touching reunion, mother and baby will not appear in public until “it is clear that they are both healthy and have a strong bond.”