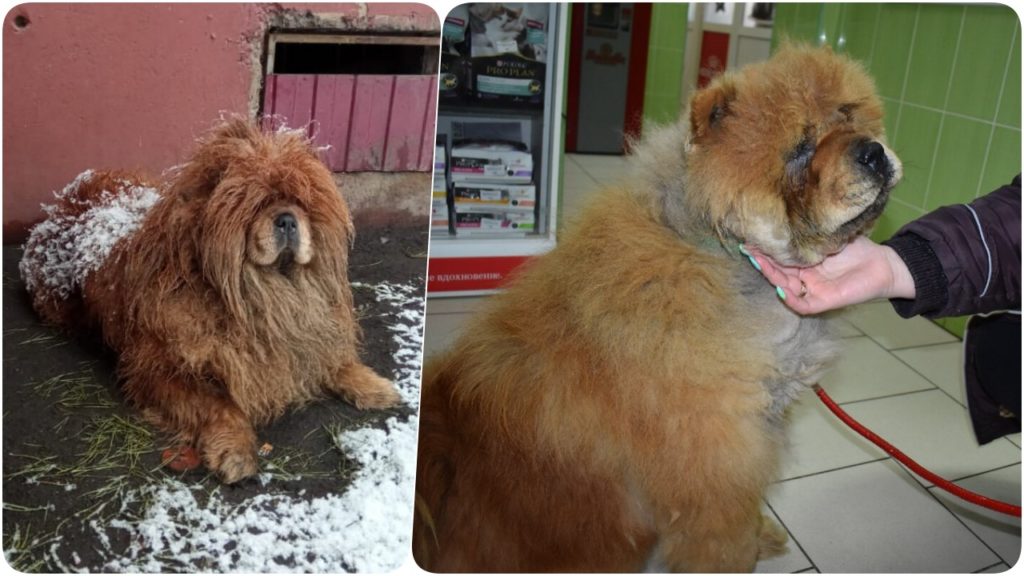 On that December evening, the girl first heard howling, then barking, turning into a squeal. She immediately ran out into the street, where she saw a pack of stray dogs that had driven a chow into her front garden. They surrounded the poor dog and tried to attack him from different sides. After the girl shouted, the flock scattered in different directions. And chow chow did not move from his place and remained sitting in the snow, pressed into the corner of the house. The girl approached the frightened dog, called him affectionately. And he stretched, sniffed the savior and followed her into her house. 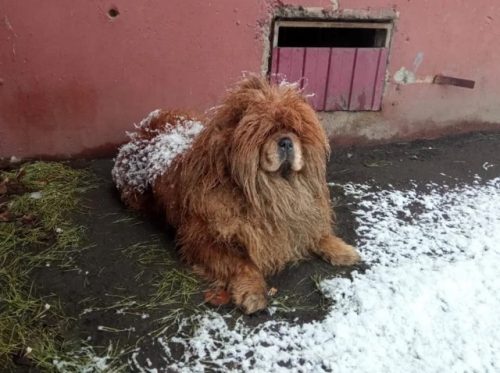 The girl carefully examined the furry animal and realized that he needed help. That’s why she asked us to send the dog to the veterinary clinic and pay for the appointment. 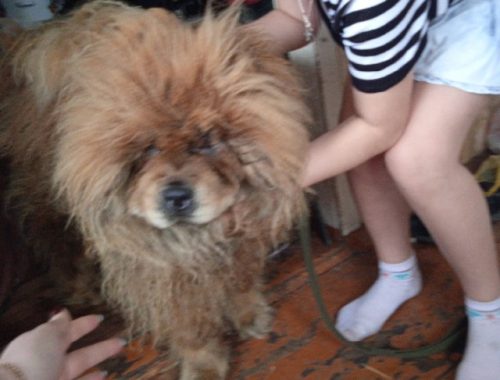 The pet looked like a soft red cloud. However, the situation with his fur was sad. No one has taken care of his fur coat for a long time. And the doggie had already forgotten what combing and scratching behind the ear was, since large tangles of wool were all over his neck. They hurt the dog. And there was already dermatitis under them.

For several hours, groomers worked on the poor dog, combed, cut, shaved everything they needed to get rid of. But at the same time they tried to preserve the dog’s fur coat as much as possible, because there were severe frosts outside. 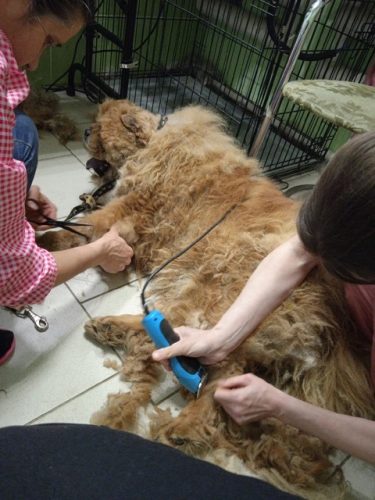 After all the care procedures, the dog was examined by a veterinarian. It turned out that this is a young castrated baby and completely blind. 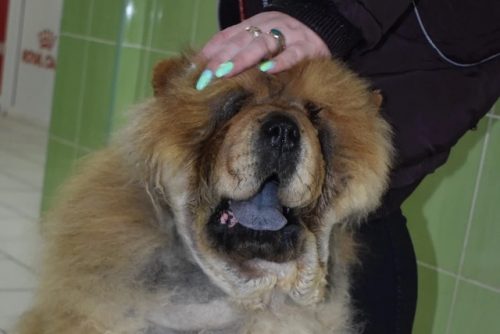 Just imagine, a completely blind dog wandered the streets. He was helpless and too trusting. At the same time, he did not see anything. But he was still able to survive. Probably, he was guarded all this time by a guardian angel. 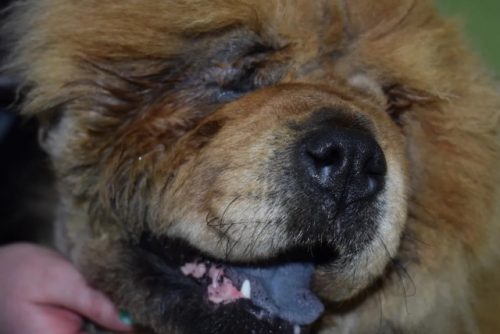 After the appointment with the ophthalmologist, everything became clear to us. One of the chow chow’s eyes had been blind for a long time, and the other was closed by the third eyelid. That’s what we were going to fight for.

Within two hours, the doctor performed eye surgery. One eye had to be removed so that he wouldn’t bother the dog anymore. And on the second eye, a very complex operation was performed for plastic surgery and correction of the eyelids. 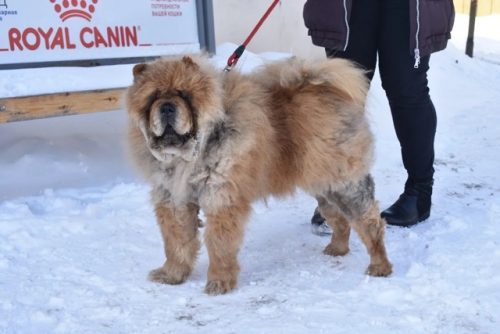 At this time, the girl put up ads all over the area where the dog was found. And then we learned that he was often seen with an elderly woman who had died more than a month ago.

That is, the poor dog, after losing his owner, wandered the streets for many days, maybe looking for her among random passers-by who met on his way. He snuggled up to their feet, sniffed their hands. But there was no native smell anywhere. So the dog went on, not seeing anything around, only darkness accompanied him. 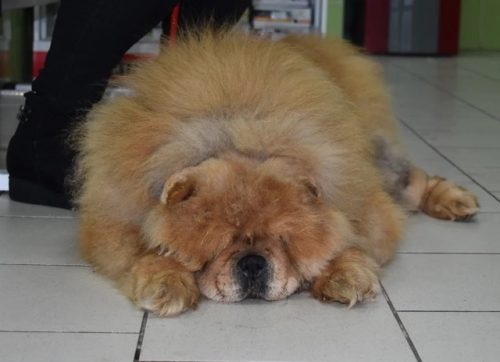 Now the baby is being overexposed by an experienced volunteer. Treatment continues. When he fully recovers, then we will look for a new home for him.