Dolphins, of course, are not sharks, but they are quite violent and aggressive. They can drown a person or kill their own child. Today we will talk about the darkest sides of these seemingly friendly creatures.

They’re not that smart

People adore dolphins and attribute many positive qualities to them. Including the presence of outstanding intelligence. But this is a misconception. Yes, dolphins are easy to train and easy to learn. But they are in no way superior to seals or penguins. They can be dangerous to humans

Of course, dolphins are predators, but, unlike orcas, they will not attempt to attack human life. But they can cause serious injuries. There have been known cases of dolphin attacks on people in amusement parks. In the open sea, a dolphin can take a person dressed in a wetsuit for a competitor and easily hit him. 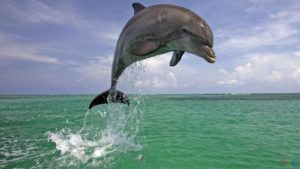 They don’t know how to smile

It seems to us that dolphins smile all the time. But animals cannot have human facial expressions. This effect is due to the anatomical structure of the dolphins’ jaws. With a slight smile, these sea creatures entertain visitors at the dolphinarium. But with the same playful smile, they will also attack humans. 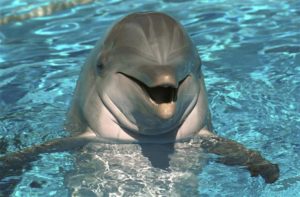 They kill their cubs

Male dolphins are ruthless and cynical creatures. They can easily kill their cubs, just so that the female becomes favorable to them again. 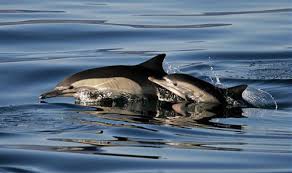 They are violent and aggressive

A pack of dolphins can surround a shark and beat it to death. Even more horrible is the fact that they kill each other. This is evident from the dead bodies of dolphins brought ashore with traces of severe mutilation. Earlier it was believed that the cause of their death was man, or more precisely, fishing nets and trawls. But modern research proves that dolphins bite and scratch each other to death. 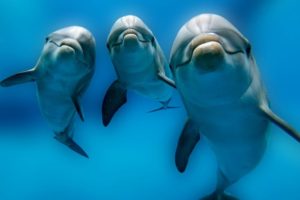 They don’t save people

Often we hear stories about the miraculous rescue of a man by a dolphin. In fact, this is a beautiful fiction. Yes, specially trained individuals are capable of such an act, but not wild animals.

Dolphins are simply very curious creatures. They can swim up to a drowning, piteously screaming person purely for the sake of curiosity. However, after realizing that the find is not edible, the dolphins swim away. 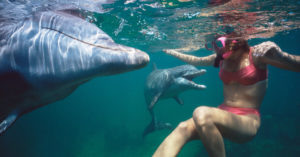