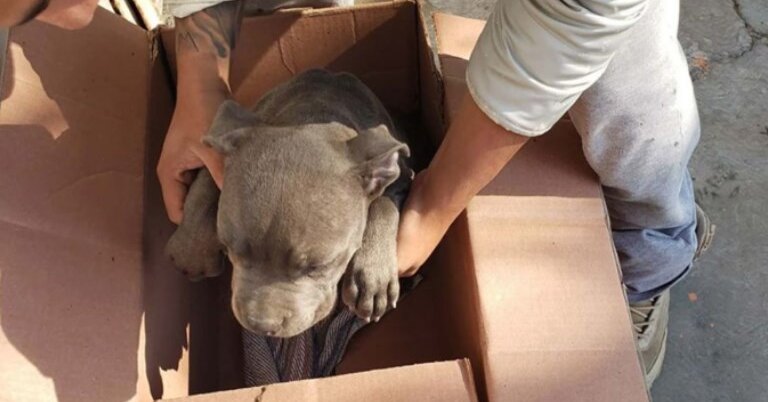 A Mexican teenager had to make perhaps the very first adult decision in his life. One of these decisions breaks the heart into thousands of pieces.

On a February afternoon, a box appeared at the door of one of the Mexican animal shelters, inside of which there was a small puppy. Next to him was a stuffed toy and a note written in a child’s handwriting. 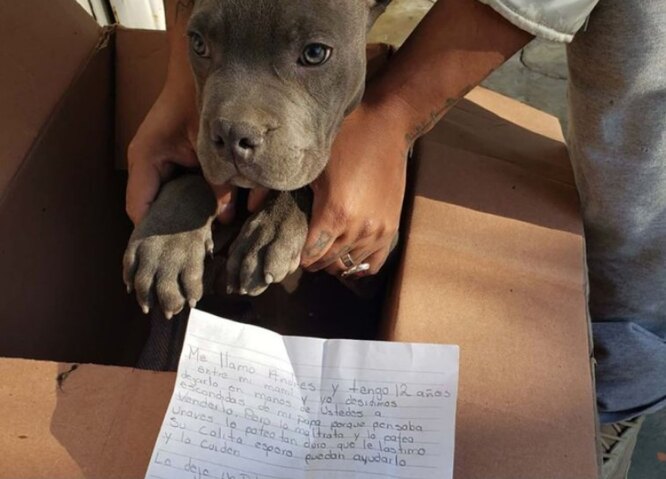 At first, the shelter staff decided that the puppy was thrown by a child who has failed in his duties. But after reading the text, they understood. The boy did not get rid of the pet, but saved him from domestic violence!

“My name is Andres, and I’m 12 years old. My mom and I decided to leave the puppy to you. We hid it from my father, who wanted to sell it. He was always hitting and kicking my pet. One day he kicked a dog so hard that he damaged its small tail. I hope you can help and take care of my friend. I left a plush toy so that the puppy wouldn’t forget me,” the note said. 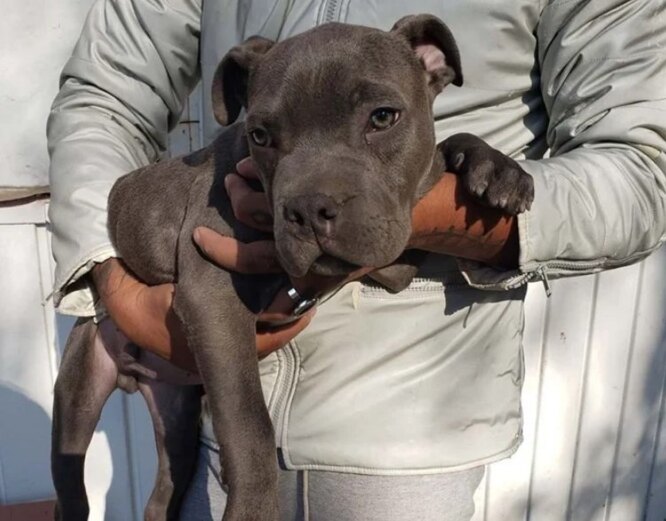 First of all, the puppy was taken to a veterinary clinic. The dog’s tail was broken. She also underwent antiparasitic therapy. The doctors did not find any other health problems.

The dog was given a new nickname. Her name is Renee now. They began to look for a new home and kind owners who could surround her with love and care. And there will definitely be such .