For Florida firefighters in the United States, Saturday morning began with the rescue of a deaf and visually impaired dog who was stuck in a drainage pipe. They spent about two hours on the rescue operation.

No one knows how the animal ended up in that pipe. Maybe he wanted to have an adventure that way, or maybe because of his poor eyesight, he accidentally climbed in there.

In any case, a lot of effort went into rescuing him, especially since the dog is mostly just guided by his sense of smell. So maybe he picked up some scent of interest to him and followed him. 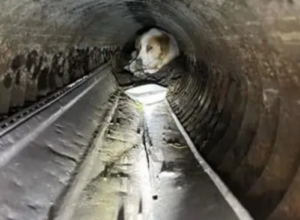 The family to whom the dog belongs noticed that he was nowhere to be found. So they immediately started looking and found their pet in a drainage pipe. But they couldn’t get him out by themselves. Apparently he was stuck there so he couldn’t get out by himself. Then the owners decided to call the rescue team. 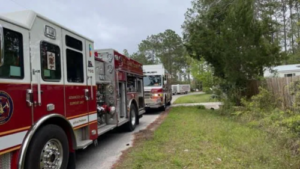 The firefighters arrived fairly quickly, bringing all the necessary equipment.
Still, it was very difficult to get the dog out. They made many different attempts, but it took them about two hours to rescue the animal. 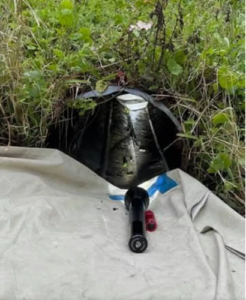 The dog was very happy when he finally found himself in the arms of his family. He wagged his tail happily, licked his owners’ faces, and couldn’t stop kissing all his rescuers. 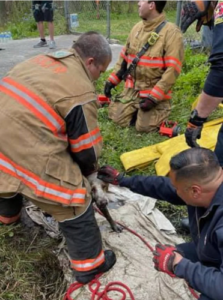 The pictures, which were taken during the rescue operation, show the dog crawling deep into a narrow pipe and after the dog coming out of his trap in front of concerned rescuers. 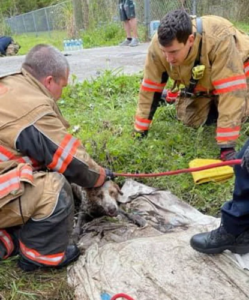 The dog was scared and tired, but was not injured. But most of all the dog was happy to be with his family again!